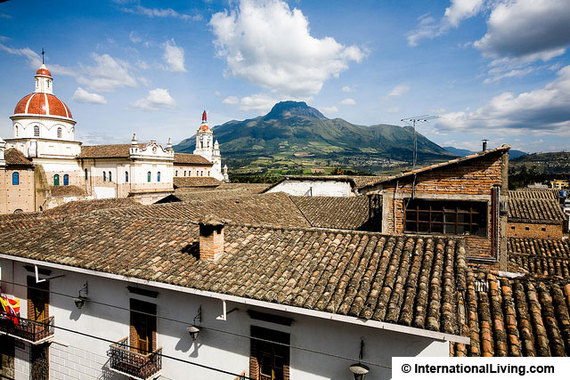 Each morning Tennessee natives Bobby and Becca Vines are greeted by views of two stunning volcanoes. Small-town life in Cotacachi, Ecuador, is never dull, and the couple spends their days viewing international films, enjoying live music, and visiting with the locals.

Bobby and Becca spent much of their lives devoted to educating Tennessee schoolchildren. But as retirement neared, the couple knew their teachers' pensions wouldn't be enough to allow them to continue living comfortably just outside Nashville. 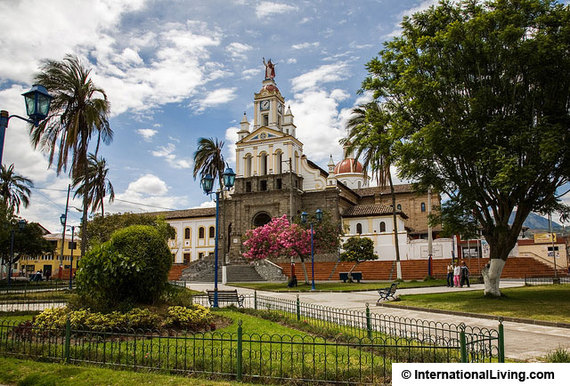 "We considered various U.S. locales, but we also decided to broaden our search to other countries. We read about Ecuador and started poking around the Internet. Then we thought, 'Let's see if we can do this,'" says Bobby. "We were in the midst of planning an exploratory trip when we received news that Becca's brother and his wife, who are missionaries, were being transferred from Bolivia to Ecuador's capital city of Quito," says Bobby. "It was really serendipitous," Becca says. Their initial exploration also became a small family reunion, and it didn't take the two long to realize that Ecuador--and, more specifically, Cotacachi--was the place for them.

"Cotacachi is just so friendly it will spoil you," says Bobby. "I never think about the temperature anymore," he adds. "This mountain climate suits me fine, where the nights are cool and the days are pleasant, whether cloudy or sunny. If I want to go for a run, I don't have to do it before sunrise to avoid heatstroke."

The couple arrived in Ecuador in September 2013 and rented a comfortable three-bedroom, chalet-style house, giving them extra room for guests and a music studio for Bobby. Their landlord's garden in the back yard overflows with veggies, fruits, and herbs, and the pair are often on the receiving end of the surplus. Their total housing cost, including utilities and Internet, comes in at just $575 a month. "The low cost of living meant that, not only could we live well, but we could even retire early," says Becca.

The Vines are an active pair, and soon after arrival their thoughts turned toward seeing more of their new country. "We bought mountain bikes, we love hiking, and we really wanted to get out and explore," Becca says. Shortly after arriving, they took a trip to the Amazonian town of Tena, where Becca broke her leg. "It was night, it was dark, and I just stepped in a hole," she explains. 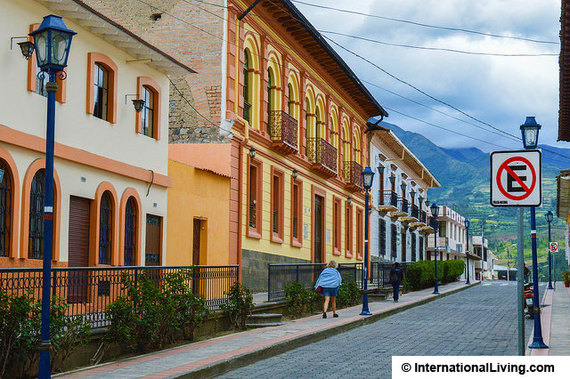 "We went to the hospital in Tena, where staff X-rayed Becca's leg and explained what needed to be done," says Bobby. "Realizing that she would need surgery, we opted to transfer to a private clinic in Quito the next morning. When we asked how much we had to pay for care at the public hospital in Tena, we were told there was no charge.

All services -- including X-rays, doctor's care, pain medication, and an overnight stay -- were free," says Bobby. (Public health care in Ecuador is basic. It is, however, available free of charge to everyone in the country, whether you are a citizen, resident, or simply a tourist passing through.)

When they reached Clínica Pasteur in Quito, they were delighted at the level of service. "My nephew is an orthopedic surgeon in the U.S. and everything they were doing here was exactly what he would have done. We were sending X-rays to him on the phone." In addition, "She had a private room, everything was clean, the nurses were very attentive, and her doctors would come in a couple of times a day to see her," says Bobby.

"It was way more attention than you would get in the States," says Becca. "Except they would just leave you alone at night to sleep," she laughs. "The whole point is that every bit of it was a good experience!"

"We went back in two months and they took some of the hardware out of her leg, so that was another small surgery," Bobby says. Becca was also given orders for daily physical therapy in Cotacachi. As luck would have it, the therapy center is right around the corner from their house, and the charges for her therapy run a mere $2 per day.

Because Becca's accident occurred before she obtained her Ecuadorian residence visa, she wasn't yet eligible for Ecuadorian health insurance. So her U.S. insurance paid for the medical bills. (With her new Ecuadorian insurance, the hospital bill would have been paid in full, with no co-pay.) 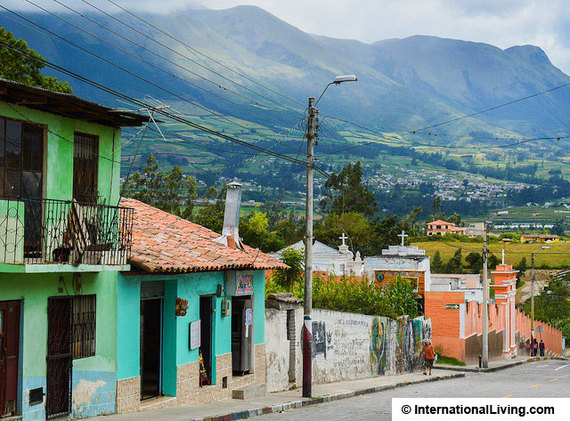 Even so, the Vines were surprised to learn that the total cost of both surgeries, plus many follow-up appointments, amounted to less than $7,000. "It was $90 per night for the hospital stay and the charge for the operating room was $1,500. You just can't argue with those prices," Bobby says.

"A couple of months before we left the States, I went to the emergency room when I had a bike wreck," recalls Becca. "I was there five hours and they did X-rays, gave me some pain medicine, and assured me nothing was broken. Just that little experience cost $4,500. It cost the same amount as my first leg surgery in Ecuador!"

Always ones to look on the bright side, they've found the silver lining in Becca's temporary health setbacks. "There was a blues concert in Quito and we wanted to go to that, but Becca was on crutches and we didn't know what to expect," relates Bobby. "There was this long line of people waiting to get in. We stood there waiting, when the people insisted that we go to the front. The lady inside opened the door and we sat down 20 minutes before anyone else was let in." This special treatment also came in handy while going through the visa process, when they were again instructed to head to the front of the line because of Becca's need for crutches.

So how does the couple feel about their time in Ecuador? "We're really happy and we feel really comfortable and good about every decision we've made," says Becca. "Even when I broke my leg and I was lying in the hospital, I thought, 'I don't even care that I have a broken leg -- I'm so happy to be here!'"

Related Articles:
Lunch for $2.50, Rent for $225, and the Scenery For Free In Ecuador
8 Straight Answers About Living Overseas
Revealed: The World's Best Retirement Havens In 2015