In an industry where roughly half of $2.8 trillion total spending comes from the U.S. government, Joanne Rohde had trouble attracting government interest for her new small business, Axial Exchange.

Health care spending is forecast to reach 19.6 percent of U.S. gross domestic product by 2021 from the current 17.9 percent. However, it's difficult for small companies like Axial to gain traction with government buyers at the outset.

"We need a reminder that jobs come from new companies," Rohde, Axial's CEO and founder, said. "None of us expects it to be easy to get capital, but no one expects that that's the full-time job."

Though Rohde understands that raising capital is part of the job as an entrepreneur, she prefers to focus her time on building a quality company and a quality product, she said.

At Axial, Rohde and her team have developed software and mobile apps for doctors, patients, hospitals, nurses, physical therapists and all the parties involved in the 'circle of care' to ensure that a patient's information is available and accessible to anyone who needs it. The company is part of the 'transition of care' category, which aims to provide a fluid offering of a patient's history to everyone involved in the process of medical treatment. "We make sure you have your information where it needs to be, when it needs to be there," Rohde said.

After spending many years in the banking industry and a four-year stint in the technology sector as Red Hat's executive vice president of operations, Rohde decided to start Axial when a personal encounter with industry shortcomings pushed her to create a solution.

"While I was working for Red Hat, I got very sick," Rohde recalled. "I ultimately had to go to 10 doctors to be diagnosed. Going from doctor to doctor, I could not believe I had to start over each time. No one actually talks to each other … I became convinced that if I had had all the information, I probably would have been able to figure it out faster."

Patient education is a large part of Axial's mission, and the idea taps into thinking Rohde considers critical. "Your health is your own responsibility, not your doctor's," she said. "There is a big tendency in healthcare that doctors feel patients won't understand or do what they need to. I don't believe that. If they are told in language that makes sense to them, they'll do it."

One of the things Axial's technology platform does is "translate" medical information into whichever vocabulary is most beneficial to the user, whether it's the doctor, the patient, or the hospital. The platform has been successful, and Axial has grown into a company that employs 10 people and is ready to bring on more, despite inherent difficulties in the public sector.

Government policies don't make it easy for smaller health care companies to get involved in the market, Rohde said. "It's a David and Goliath story. The government needs to change their procurement policies. Everything is written from the perspective of a big company, and it shuts out new innovation."

Rohde and Axial made it work anyway, by pushing into a more accessible domain: the private sector. Because it is a startup, the company was able to avoid government procurement and contracts, Rohde said. Instead, Axial went straight to the private sector hospitals and health care institutions with its product.

Despite the challenges facing small businesses and the problems associated with American health care, Rohde remains confident that the industry is moving in the right direction. "The health care crisis is not over, but things are beginning to change," she said. "At Axial, we are happy to be a part of that change." 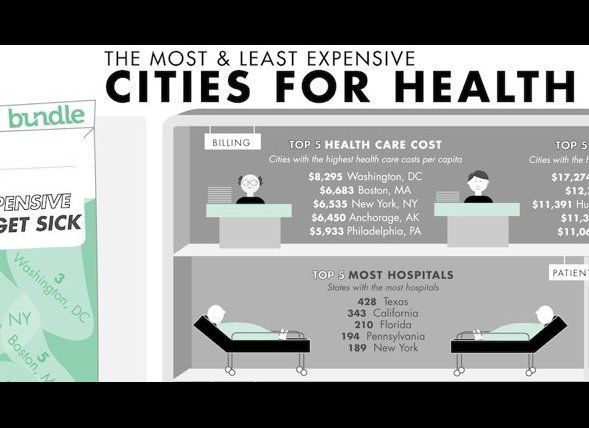