The ubiquity of smartphones has fundamentally changed the way we live our lives. And now, thanks to advancements in wireless technology, smartphones are uniquely positioned to change the way we stay alive.

Today, many patients and doctors are using smartphones as a health care tool. Worried about that rash on your arm? You might be able to snap a photo and send it to your dermatologist. Need to go over your medical history with a new doctor? You could pull up your record on your phone for her perusal. Concerned about chest pains? There’s an EKG app for that.

“The smartphone is the future of medicine,” says cardiologist and digital medicine researcher Eric Topol. “All of [your] medical data [can be] captured in the wild, in the real world. Relevant medical data is coming into your phone. That helps [doctors and patients] to get a handle on virtually all medical conditions and monitor them on a continuous basis.”

To highlight the way smartphones and wireless technology are improving our health and saving lives, we’ve partnered with Qualcomm to take a look at just how much of the future of medicine is in the palm of our hands.

In the past, doctors were seen as the sole gatekeepers to a patient’s well-being. They had the education and the experience to make the appropriate diagnosis, the thinking went. As such, they didn’t need much input from their patients besides their test results.

But there was a shift in the 20th century to a more patient-focused brand of medicine. “Care is better when it recognizes what patients' problems are rather than what the diagnosis is,” a 2011 article in The Permanente Journal said. “A major failure of primary care … is the great underestimation of the importance of long-term relationships with patients independent of care for specific disease episodes.”

Smartphones have now brought information into the hands of patients. Thanks to mobile sensors and an array of health-focused apps, people can now measure and monitor data that help make up their health profiles. We’ve become inundated with apps that help us eat, travel and bank better. Now we’re beginning to see health care apps that provide similar types of guidance. 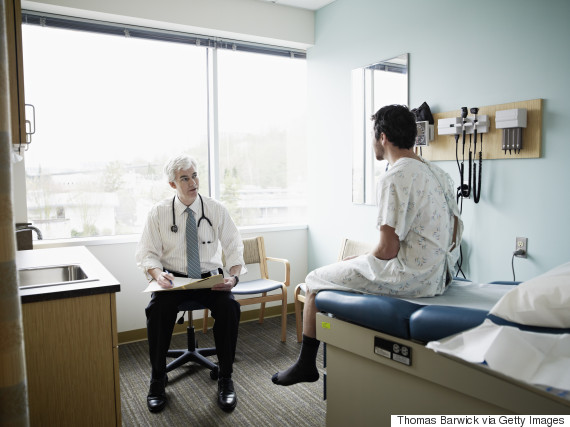 Changing the Way We Communicate

This level of insight and access to data is powerful. “We can use data about our bodies to tell us a lot of things,” statistician Talithia Williams said during a TED talk on owning your body’s data. “Medical doctors [are] experts on the population, but you are the expert on yourself. And so when two of you come together, when two experts come together, the two of you are able to make a better decision than just your doctor alone.”

Justin Williams, founder of Data Minded Solutions, a health care technology company, agrees: “For the first time, we have the ability to have meaningful and evidence-based interactions with health care providers.”

Patients can also have a deeper context for their health today. When his blood glucose lab results hadn’t reached his doctor in time for a scheduled appointment, Steve Malik, founder of Medfusion, an app that displays your medical history at a swipe, could bring it up on his smartphone. “So when I was getting that talk we all get from our doctors about the three or four things we need to do, I had context,” Malik says. “I think that’s a big part of taking ownership of [your health].”

Having that data can be very empowering for people — they can begin to have informed discussions with their health care providers about their health and any necessary interventions from a position of greater awareness. They carry both their own and their family’s health data in their hands.

Smartphones and wireless technology have also changed the way physicians communicate with their patients. An estimated 3 million people will have their health monitored via mobile networks, and 142 million health apps will be downloaded in 2016, according to Cognizant, a global consultant on business and technology services. E-visits — having a doctor’s appointment via a smartphone or mobile on-demand app — are not out of the ordinary. (Deloitte estimates there were 100 million such visits worldwide last year.)

Changing the Way We Receive Care

There are now multitudes of different apps and sensors that can be attached to your smartphone to retrieve your health data. As Topol puts it, “The mobile device has just become a Swiss Army knife of tremendous potential.”

California-based company Scanadu has developed a sensor that “captures important physiological data” -- from heart rate and temperature to detailed blood information -- simply by placing it to your forehead. The company is also working on a urine test kit that can provide data on your liver and kidney functions; a smartphone app quickly processes and explains the test results. The University of Washington–developed ApneaApp can wirelessly test for sleep apnea while a patient is asleep by capturing sound waves through a phone’s speaker to track breathing patterns. (It is expected to be available to consumers within the next two years.)

Not only does this type of wireless technology have the potential to make health care more accessible—it could also make it cheaper for both consumers and insurance companies. This is especially important, as Americans spent around $2.9 trillion on health care in 2013, according to the Centers for Disease Control and Prevention.

Topol recently had a patient who called him with concerns about his heart rate. Usually, Topol would’ve been able to diagnose his patient wirelessly with the help of a $69 electrocardiogram app. But the patient didn’t have the app downloaded, and he went to the ER instead, where Topol met him.

“Before he ever got into the actual emergency room, I had him put his fingers on my smartphone, did the cardiogram, and I diagnosed what it was,” he said.

After a night at the hospital and a battery of tests, the patient was given the same medication Topol would have prescribed with the help of an app. “His bill for the emergency room? We're talking several thousand dollars. And all of this could have been [avoided with] a $69 app that he has now,” Topol said with a wry laugh. 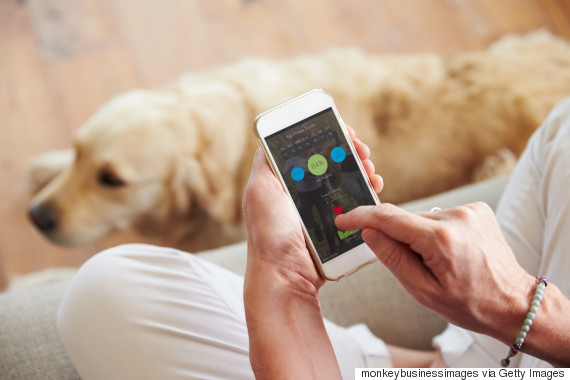 Changing the Way We Monitor Our Health

With this type of data within our reach, we’re just at the beginning of a medical revolution. But it’s definitely coming, experts say.

“Not only do people want a consolidated health record in their pocket,” said Medfusion founder Malik, “they also want to be notified on their wrist if it's time to take a med or that a lab result came in. When you add in the whole sensor capability, it really gives you an idea of where we're going.”

And where’s that? A healthier and more empowered future for more people, thanks to the everyday wonder of a smartphone.

Qualcomm believes that we must challenge what we see today, so we can invent the technologies that will shape our tomorrow. To learn more about our Why Wait campaign, click here.