If you were raised on the West Coast in the 1950s and 1960s, you were probably taught that games -- Scrabble, Chinese Checkers, Pick Up Sticks, Monopoly etc. -- were for rainy days. In my family it was a sin to be indoors on a sunny Saturday or Sunday, or after school, or on summer vacation. As a result I never much got into playing indoor games of any sort, besides the occasional family domino game, which only happened after the sun went down. 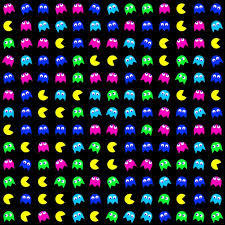 Later, when I was playing the Orange Country club circuit in the early 1980s, I marveled at the skill our drummer had at the PacMan console. I tried it once or twice and couldn't get the hang of it. Then, in the 1990s when I ran one of the first digital marketing agencies, the employees would spend their lunch hours and after hours playing "Doom." There were gun shots, explosions, and epithets flying around the office like it was a war zone. Still, I couldn't get into it.

Now that some of us have more free time on our hands, research is suggesting that one of the best ways we can spend that time is in front of the computer (or the tablet, or the smartphone, or even your e-reader) playing games. Consider the case of octogenarian Doris Oram, who plays nightly on her Kindle Fire, as described in the UK's Guardian:

"It keeps me very active and alert," she explains. "It's a great activity in the evening when you might not have much to do. I find if I have a few minutes to spare and am feeling a bit bored it can help my mind stay sharp. At night I like to just pick it up and have a go. I don't have dementia but have found it really helps with coordination because you have got to use your eyes and fingers to play."

The Entertainment Software Association reports that over 50 percent of the over-50 crowd are gamers, and two-thirds of them play on computers and/or mobile devices. Maybe that explains why several of my Facebook friends have been inviting me to play Farmville, Candy Crush Saga, Diamond Dash, online Scrabble and other browser games these last few years. Maybe they're onto something.

CBS News reports that "Researchers at the University of California, San Francisco found that 60-year-olds who played a custom-designed video game for 12 hours over the course of a month improved their multitasking abilities to levels better than those achieved by 20-year-olds playing the game for the first time. The subjects retained those improvements six months later."

According to a recent study conducted by North Carolina State University, "seniors [63 and over for this study] who play video games regularly or even occasionally report better overall emotional well-being."

Having written several times about the negative effects of violent video games on frustrated teens, I may have developed a prejudice toward video and computer games in general. My attitude may also be influenced by the fact that I've never been any good at these types of games. But now I suspect that, if I want to keep my brain relatively nimble as I hurtle toward Medicare, I should try harder.

Of course not all games have the same beneficial effect on the aging brain. According to the UCSF study from 2013, it's when a game helps improve other cognitive functions, like attention span and memory, that it has a direct impact on mental plasticity.

According to brain and spine surgeon Dr. Ezriel Kornel, "the key is to improve at the game and continually be learning. New synapses form between the neurons in the brain when it's learning something new, and these connections can be used in other situations."

Of course, there is great benefit to simply having fun. For Doris Oram, competing against her friends at online golf or bowling every Friday is as much a mental exercise as it is a social event. For many of us who have had to cut back on our favorite sports or give them up altogether, the virtual experience can stimulate the endorphins as well.

There are some games that older boomers have been playing more than others. The AARP even has a trove of free games that have proven popular with our age group. That's not to say that games designed for kids can't be beneficial as well, so long as you can understand the lingo.

For those of us like myself that are tethered to our devices just to earn our daily bread, the idea of spending our free time glued to our monitors may not be appealing. Yet. Nonetheless, I'm thinking that I might start spending fewer after-dinner hours watching "Star Trek the Next Generation," and more time playing "Space Invaders." Just so long as it's dark outside.