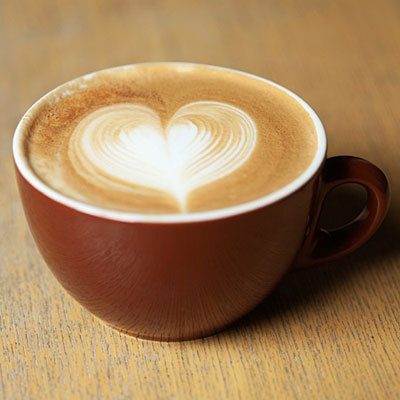 We've all heard that phrase, "It's not what you said, but how you said it."

Well, that's sort of what it's like with coffee, because we're hearing that it's not so much the coffee that creates problems but, rather, the way it's brewed... and stored... and ground.

As a health coach, I do have my concerns about negative health impacts, but I also know research is pointing toward more health benefits than we first thought. I certainly also emphasize moderation and would never approve of a six-cup-a-day habit.

Let's be completely honest, though: The bottom line is that I just love the taste of coffee. I even loved it as a young kid. I've never been successful in giving it up. Oh, I've tried, and I've had my share of green drinks, smoothies and health teas, but I've never been able to last more than a week or two without my "cup of joe," and, seriously, that probably only did more harm than good because I'd drink more than usual just to make up for those days of deprivation.

That said, I gave up trying to give it up. Now I have another mission: How to make coffee a little healthier.

Use filters: This is a huge point, because research, more and more, is pointing toward coffee raising the LDL (bad) cholesterol. It's not the coffee per se, though, it's how it's prepared. In other words, always use filters! According to the National Institutes of Health, when coffee beans have direct and prolonged contact with boiling water, i.e., unfiltered, it can release the diterpene cafestrol which, in turn, raises the serum concentration of cholesterol.

Dr. Michael J. Klag, the vice dean for clinical investigation at Johns Hopkins University School of Medicine in Baltimore, told NBC News that in 2001, he and his colleagues reviewed more than a dozen studies that looked at the relationship between coffee consumption and cholesterol levels. They found that drinking an average of six cups of coffee a day was associated with increased total cholesterol and LDL, the harmful type of cholesterol. Nearly all of the rise in cholesterol was linked to unfiltered coffee.

Need even more evidence? The Harvard School of Public Health recommends filtered coffee for those who want to avoid high LDL.

Discover cold-brewing charm: Nope, that doesn't mean iced coffee or just refrigerating it. What it does mean, explains Bob Neace, the creator of Body Brew (the redesigned version of the Hourglass), is that the beans never come into direct contact with heat. They are steeped in cold water (usually for 12-24 hours) and strained through a filter. You get a thickened coffee substance that can be diluted and then served hot or iced. This coffee, Neace said, is a whole lot less acidic (which is great news for a heartburn sufferer like me). It also tastes better and is slightly sweet, probably because of the acid reduction of almost 70 percent per cup, says Neace. Since the beans aren't heated, you also don't get that funny, burned taste found sometimes in coffees. Neace is health and fitness aware, so he did a lot of research. He pointed me toward another article from the National Institutes of Health that states: "The coffee diterpene cafestol that occurs in both robusta and arabica beans are present in unfiltered coffee brews (such as the French press) and raise serum concentrations of cholesterol in humans. " By the way, while you shouldn't think that all it takes is pouring ice water over grounds (that'll only result in a weak, bitter taste), you can make your own cold-brewed coffee with just a gallon jug and some filters or a cheesecloth.

Grind the grounds yourself, preferably just before drinking. Coffee beans have aromatic oils and, like most anything, they become rancid when exposed to moisture and oxygen. Grinding yourself, as opposed to purchasing those pre-ground bags, results in better taste and less break-down of nutrients.

Store the beans in an air-tight glass or ceramic container. The National Coffee Association says it's important not to refrigerate or freeze your daily supply of coffee, because the moisture and oxygen will cause it to deteriorate.

Tame Heartburn Havoc: You wouldn't think, but the darker roasts are actually gentler on the stomach than the lighter ones and, to a heartburn sufferer like me, that's good news indeed. I'll even attest that it's been my own personal experience. According to an article in Science Daily, a substance called N-methylpyridium (NMP) appears to block the ability of the stomach cells to produce hydrochloric acid, reducing or avoiding stomach irritation. Since NMP, the article says, is generated only upon roasting and not found in raw coffee beans, darker-roasted coffees contain higher amounts of this stomach-friendly coffee ingredient.

Scrap the Sugar: You can still add both flavor and health without any sugar, by using a little cinnamon or coconut oil. According to the National Institutes of Health, studies have shown cinnamon to have anti-inflammatory, anti-bacterial, antioxidant and cholesterol-lowering properties. It may even regulate glucose. Many people, like me, see coconut oil as some kind of wonder substance. The National Institutes of Health also examined the association between coconut oil consumption and good cholesterol (HDL) levels among pre-menopausal woman in the Philippines, suggesting a possible positive lipid profile. There's even a trend to put butter in coffee -- referred to as "Bullet-Proof Coffee" -- proponents claim that it does everything from increasing energy and mental clarity to helping one avoid the afternoon energy crash.

More:
Johns Hopkinshealthy livingCoffeeHealthcinnamon
Newsletter Sign Up
The essential guide to taking care of your mind and body
Subscribe to HuffPost’s wellness email
Successfully Subscribed!
Wellness delivered to your inbox