Oh no, another hour or more to go before lunch? Relax, there's an easy food fix for every midmorning mood.

When You Need the Most Bang Per Calorie… 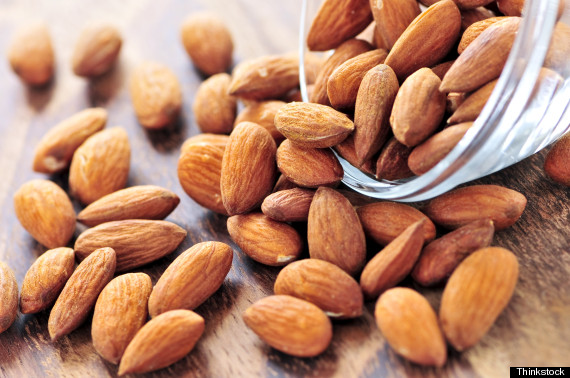 You may have seen the headlines: Dieters who eat midmorning snacks lose less weight. But that could be because those people choose the wrong snack, says Roberta Re, PhD, a nutrition researcher at Leatherhead Food Research -- that is, they probably aren't eating almonds. Re and her colleagues found that when people ate a portion and a half of almonds (1.5 ounces) around 11 a.m., they were less hungry at lunch and at dinner and ate fewer calories daily than non–almond eaters. And when volunteers snacked on more than a standard-size 1-ounce serving, they also reported feeling much less angry. Re says she has tested many foods in the past decade, and very few have shown an effect like almonds. (If you become bored of naked nuts, try these recipes for spicy roasted, cinnamon glazed and "firecracker” flavors.)

Extra Perk: If you can, chew your almonds up to 40 times before swallowing (oh, to know what your colleagues will think!). You'll absorb more nutrients like vitamin E than if you munched less; you'll also feel fuller longer, found research at Purdue University. This habit will result in thoroughly breaking down the nut's cellular wells, helping your body absorb more of the good stuff. (Alternatively, you can eat almond butter or make a smoothie and let your blender do the work.)

When You're Feeling Slightly Manic…

Especially on harried, high-strung mornings, you hereby have license (a scientific one) to treat yourself to a dose of chocolate. It'll likely lessen your anxiety, as it did for the volunteers in a study at the U.K.'s University of Wolverhampton. The surprise: Both milk chocolate and a low-sugar equivalent had the same soothing effect on anxious snackers. (The volunteers preferred milk chocolate to the low-sugar bar, which the researchers say is no less unhealthy -- in small amounts.) Blood glucose levels did not rise outside the normal range, and they returned to baseline levels in time for lunch.

How much: 40 grams, or about 4 squares of a chocolate bar

Extra perk: Research has found that chocolate may improve blood flow to the brain in older people, which could result in improved memory and clearer thinking.

When You're Already Rethinking Your Dieter's Lunch…

Set your timer to go off 45 to 60 minutes before your intended lunchtime, says Judith Wurtman, PhD, a former MIT researcher and a co-author of The Serotonin Power Diet. Then eat a "boring” (extremely low-fat) cereal such as Wheat or Rice Chex, Cheerios or Puffins. Wurtman says that although these simple carbs are often demonized, they boost the body's production of serotonin -- a neurotransmitter that suppresses appetite -- which helps you be satisfied with a diet-friendly lunch.
The catch: no milk with the cereal, because the brain releases serotonin only in the absence of protein. (Dieters should have had protein for breakfast a few hours prior, she notes, along with a starchy carb like a slice of bread or whole grain, high-fiber, low-sugar cereal. and fruit.)

How much: About ¾ to 1 cup of cereal (120 calories or 30 grams of carbohydrate and no more than 2 grams each of protein and fat)

Extra perk: Serotonin is a serenity-enhancer as well as an appetite suppressor (ideally, you'll feel lighter in more than one way). Wurtman recommends that you chow down the entire snack within 10 minutes of starting, or else serotonin will be produced more slowly. Expect appetite-suppressing, mood-enhancing magic to kick in within a half-hour.

When You Need to Buck Up…

If you've fallen into a groggy pre-lunch slump, this is the time to eat a small protein snack, advises Wurtman. To heighten alertness she recommends low-fat yogurt, cottage cheese, string-cheese sticks or milk (perhaps in your industrial-strength latte). Avoid fat, she says, or you'll feel even fuzzier.

How much: one serving size

Extra perk: The extra calcium helps to prevent osteoporosis, reduce PMS symptoms and improve heart health. The calcium in just one 8-ounce serving of plain low-fat yogurt (about 415 mg) takes you almost halfway to the recommended daily allowance of 1,000 milligrams.

When You Want an Easy (and Healthy) Measure…

Limit your morning snack to 100 calories or less -- the amount in a large apple, says Anne McTiernan, MD, PhD, a professor at the Fred Hutchinson Cancer Research Center and the University of Washington, whose (aforementioned headline-garnering) study found a connection between midmorning snacking and slower weight loss. While her advice for dieters is to avoid the 11 a.m. snack unless they're genuinely hungry, the single-piece-of-fruit suggestion is a good rule of thumb for anyone else. Keeping it under 100 calories is easy: one banana, pear or small mango (100 calories each), orange (60 calories), nectarine (65 calories) or peach (40 calories).

How much: A single piece of fresh fruit. (Alternatively, measure and bag 100 calories worth of the following dried fruits: 3 prunes, dates or fresh/dried figs, 1 tablespoon of raisins, 2 tablespoons of dried cherries or 8 dried apricot halves.)

Extra perk: Fruit is rich in dietary fiber, which, McTiernan and her colleagues found, may reduce colon-cancer risk.

When You Blew by Breakfast…

No one's claiming that prepackaged cereal bars -- even fiber and protein-packed ones -- are the healthiest or most slimming snack choice (most contain more sugar than your dietician would recommend). But a study at the U.K.'s Cardiff University found that this ultra-convenient snack has its advantages if the alternative is an empty stomach. When women ate a cereal bar as midmorning snack, especially if they hadn't eaten breakfast, they became much more alert and less anxious than those who didn't snack. Moreover, they showed an improved ability to remember words they had just learned -- a likely result of the protein and a well-timed (and, er, significant) glucose rise.

How much: One standard fiber cereal bar (about 1.5 grams of proteins and fiber, and 3.5 to 4 grams of fat)

Extra perk: The Cardiff researchers also found that when people took a road test in the midmorning, those who had first eaten cereal bars perceived significantly more hazards -- and were therefore likelier to avoid accidents -- compared with non-snackers. (Bars are also easy to eat while driving one-handed.)

The 6 Right Snacks To Eat At 11 A.M.
Healthy Snacks That Taste Like Dessert 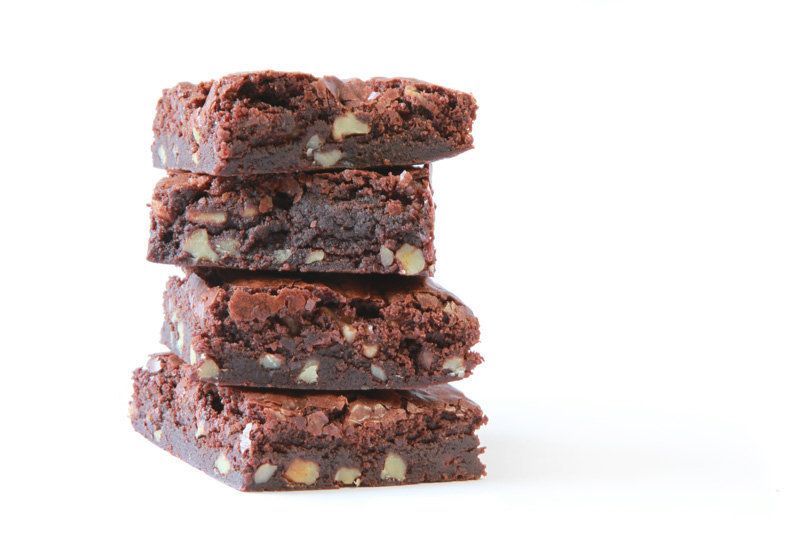