Much like the precarious line between thinking carefully about food and obsessing over it, exercise is also a highly beneficial component of a healthy lifestyle that can easily become problematic.

Especially among people with a history of eating disorders, a healthy relationship to exercise is “just as pertinent as having a healthy relationship with food,” says Marjorie Nolan Cohn, RD, a spokesperson for the Academy of Nutrition & Dietetics and an American College of Sports Medicine certified Health Fitness Specialist. These days, we hear almost as much about the health risks of excessive exercise as we do lack of physical activity.

"One end of it is avoidance of exercise, versus the other extreme extreme, which is too much exercise," says Jennifer E. Carter, Ph.D., the director of sport psychology at the Ohio State University Sports Medicine Center. "Balanced exercise finds the middle ground."

Some of us need an extra push to get off the couch, or some reining in once in a while. For others, finding the balance between too much and too little physical activity comes easily. Below are a few things these people do differently.

1. People with a healthy relationship to exercise know the difference between a good burn and true pain.
"You hear so much about the whole 'no pain, no gain' attitude," says Cohn. "I think we really have to redefine what pain is." Yes, you want to feel like you worked hard, you want some fatigue, you might even relish your second-day soreness. But feeling discomfort in joints, or feeling so exhausted you just want to drop at the end of the day is not normal, says Cohn. Pain can be serious, and pushing through could cause worse injury. People with a healthy relationship to exercise know when to say when. 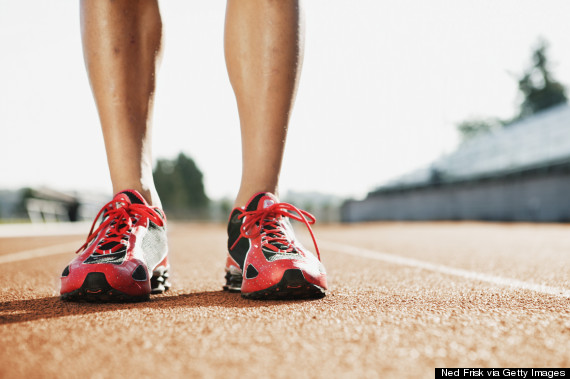 And when they are in pain or are exhausted, they know it's time to skip a sweat session. "It's the same as that chocolate cake," says Cohn. "It's delicious, you want to have another piece, but you know it's not good for you, and you need to stop eating now." No matter how much you love working out, there is such a thing as too much exercise, and the people with the healthiest relationships to exercise enjoy their off days. Carter recommends taking at least one a week.

3. They don't exercise to eat, they eat to exercise.
Exercising purely to "influence weight or shape", says Carter, can be a slippery slope into obsession and disorder. For a healthy athlete or exerciser, food is fuel, not the enemy. Our bodies require a bare minimum amount of calories simply to survive, and we need to provide extra energy for physical activity. Rather than exercising "to allow themselves to eat," says Carter, people with a healthy relationship to exercise eat to allow themselves to exercise. Eating whatever you want just because you exercised today doesn't cut it either, even if you just want to maintain weight, she says. Of course we'd never say the occasional brownie was completely off limits, but "'occasional' doesn't mean every dinner warrants a dessert!" Carter says.

4. They can go with the flow.
Many experts recommend scheduling exercise into your day like you would any other appointment to help you stick with your fitness plan. But there also needs to be some flexibility in the scheduling. One sign it's become too restrictive is if straying from the usual routine causes extreme upset. Take traveling, says Carter. Someone with a healthy relationship to exercise won't panic if her day-to-day routine is a little off. Someone with an unhealthy relationship to exercise might skip out on important events or exciting moments or wake up drastically early to fit in a workout. "The exercise becomes number one," says Carter.

On those days where a regular workout gets bumped from the schedule, Cohn helps clients keep things in perspective by focusing on other ways in which they are physically active. Even walking just a few more steps a day -- whether it’s by taking the stairs instead of the elevator or commuting by foot -- is still physical, and can help ease anxiety over skipping a sweat session. 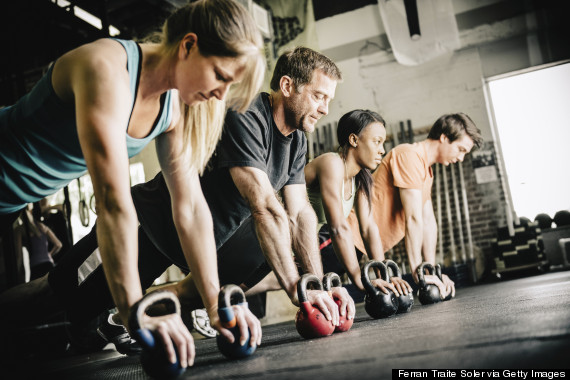 6. But they still mix things up.
"Doing the elliptical every day at the same intensity level is just a repetitive motion," says Cohn, not one you're going to see huge results from. People with the healthiest relationships to exercise balance their workout routines with a mixture of activities, whether that's high and low impact, cardio and strength training, or arm days and leg days, she says. And it doesn't require pricey sessions with a personal trainer or a degree in exercise science to add a little more balance to your regular routine, she says. Simply reading the directions on a machine at the gym you've never tried before, for example, can be surprisingly helpful, she says.

7. They do it on their terms.
Along with finding a fitness plan they enjoy, people with a healthy relationship to exercise also work out when and where they like. Yes, there are big benefits to a morning workout, like fewer cravings and greater energy, but it comes down to personal preference, says Carter. "Some people like to exercise in the morning, some people hate mornings," she says. "You don't have to force it." 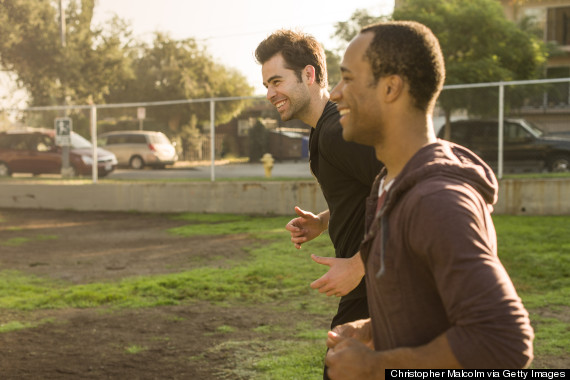 Everyone has their off days, even people with a healthy relationship to exercise. Whether it's a lack of motivation to stick to healthy exercise or a compulsion to overdo it, Carter says one of the most effective safety nets is having a workout buddy. "It's harder to do the compulsive thing when you've got someone with you to encourage something a little more moderate, and it's a great motivator for [others]," she says. Of course, if exercise -- or lack of it -- is truly interfering with someone's health, it may be safer to consult a dietitian, a physician or a mental health professional, "or a mixture of all three," says Carter.

9. They do it for the mental benefits.
"We know so much about the mental health benefits of exercise," says Carter, and yet many unbalanced exercisers only consider breaking a sweat helpful for altering weight or shape. For many, exercise is an effective coping method for stress, anxiety and depression, and healthy exercisers harness these powers for good.

If you're struggling with an eating or exercise disorder, call the National Eating Disorder Association hotline at 1-800-931-2237.

Celebs Who Love Working Out