There's a fine line between thinking carefully about what we put into our bodies and obsessing over it or restricting it dangerously.

Whether our particular issue is emotional eating, binge eating, disordered eating or we just can't seem to get a handle on the whole nutrition thing, we can all stand to learn a few things from the people for whom healthy eating just comes easily. Here are a few of the things they do differently.

1. People with a healthy relationship to food eat mindfully.
Our body has some pretty significant built-in cues to tell us when to eat -- and when to stop eating. But we're not always listening. The practice of engaging all of our senses to guide our eating-related decisions is called mindful eating, explains Megrette Fletcher, M.Ed., RD, CDE, co-founder and current president of the Center for Mindful Eating. Mindful eating can help us "acknowledge our response to food without getting into judgement," she says. 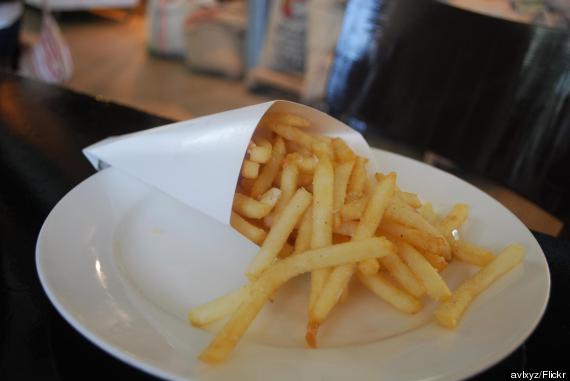 "No food is forbidden," says Edward Abramson, Ph.D. a clinical psychologist and author of Emotional Eating. "Foods are not intrinsically 'good' or 'bad.'" He tells an anecdote of a client who once told him French fries were the work of the devil -- and it was not a joke. "French fries are just French fries," he says.

Morality attached to food may stem from the fact that some religions do have prohibitions when it comes to food, he says. Take, for example, how "some foods are described as sinfully delicious," he says.

"It isn't food that's good or bad, it's our experience," says Fletcher. "And that's not judging, it's categorizing." Recognizing foods and eating situations that you find pleasant can help inform your future choices, she says. People with a healthy relationship to food tell themselves, "'Eating is a chance for me to nourish and nurture my being,'" she says, "as opposed to, 'I have to eat this way or those foods.'"

3. But they know the timing has to be right.
However, if you do decide you're in the mood for fries or pizza or chocolate, says Abramson, enjoy your pick at a time when you're not hungry for a full meal, so you don't overdo it. "If you're starving and then you're confronted with a favorite food, you'll consume a lot more of it," he says. "Let's say, if you have it for dessert, you already had your meal, your tummy is full, you can really appreciate the sensations that chocolate provides."

4. They eat when they're physically hungry.
"Emotional eating is typically to soothe unpleasant emotional arousal," says Abramson. Unfortunately, stress and anxiety often cause us to crave higher-calorie, fattier foods and "most of us don't need additional caloric intake," he says.

When we use food to try to soothe an emotion, he adds, we mask what that emotion is trying to teach us, and instead replace it with regret or guilt for eating whatever we grabbed.

5. And they stop eating when they're comfortably full.
Hunger and satiety both start off small and grow bigger and louder, says Fletcher. "Some of us don't hear hunger or fullness until it's screaming in our ears," she says. But being more tuned-in while eating can help us "hear" better as well. "Mindfulness is saying, 'I'm going to listen harder to my hunger and hear it when it's not yelling at me, and I'm going to listen harder to my fullness so it's not yelling at me [either].'" Both hunger and fullness change after every bite, so listening in can help you find the level of fullness where it's comfortable for you to stop eating, she says. 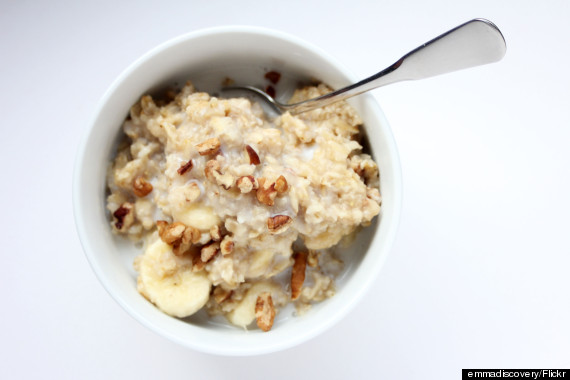 Regular breakfast eaters have more energy, better memories and lower cholesterol. They also feel healthier overall and are typically leaner than their peers who don't eat a morning meal. "Starting your day with a healthy, balanced breakfast with proteins, fats and carbs and not high in sugar is the key to healthy eating," says Marjorie Nolan Cohn, MS, RD, CDN, a spokesperson for the Academy of Nutrition & Dietetics and the co-author of Overcoming Binge Eating For Dummies.

7. They don't keep problematic foods in the house.
Once you know your specific patterns of emotional eating, says Abramson, you can take small steps to redirect them. One strategy he recommends is no longer keeping a particularly tempting food in the house, so you'd have to leave home after dinner to get a taste. If, for example, you really love ice cream, "rather than having it sitting in the freezer calling your name," he says, a couple of times a week, go out for ice cream.

8. They don't sit down with the whole bag.
Hitting up your local ice cream shop also has the benefit of providing your treat in a single serving size. "If you have a cup or a cone you know when you're finished, as opposed to sitting there having one spoonful after another" straight out of the carton, says Abramson. Buying single-serving packages of your favorite chips or cookies can also help, he says, as can simply serving yourself in a cup or bowl rather than sitting down with a whole family-size bag of chips.

9. They know the difference between a snack and a treat.
Letting yourself get too hungry is a recipe for overeating -- especially those foods you most want to keep to smaller portions. Snacking is a smart way to make sure you're not ravenous come dinnertime. But snack choice is crucial to both keeping you full and keeping your healthy eating plans on track, says Abramson. "A treat is purely for enjoyment, while a snack is something you eat between meals to stave off hunger," he says. "Nuts or fruit or cheese could be a good snack," he says, but chocolate? A treat.

10. They give themselves permission to enjoy eating. 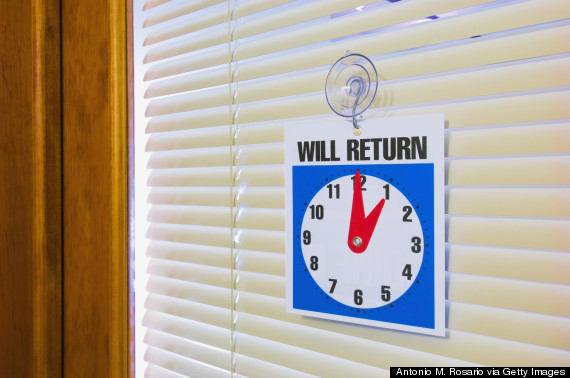 These tips aren't plausible if we don't make time to value our relationships with food. "So many times we forget to take the time to eat, and eating does take time," says Fletcher. She suggests looking ahead at your day and making sure you have enough time carved out to eat, rather than planning to scarf something down in the three minutes you have between afternoon meetings. "We make it three minutes, and that may feed you, but does it nourish you?" she asks. And it's not about feeling guilty for missing something else by making time to eat, she says. It's about truly believing we are "worth sitting down and eating food."

11. They don't "make up" for a meal.
When we find ourselves feeling guilty about a food choice, "there's this instinct to make up for it by either overdoing it at the gym or being very restrictive at the next meal," says Cohn. Instead, she suggests thinking of this process as a more subtle "balancing out". People with healthy relationships to food will have a lighter meal later in the day if they decide to indulge at brunch, for example, but they won't restrict that later meal so much so that they end up binging later because they've made themselves excessively hungry. "You can balance out slowly over the course of a week, but you can't make up within the same day," says Cohn.

12. They don't eat to see the scale shift.
Ideally, we'd all eat what makes us feel good, says Cohn. We'd pick the foods that gave us energy to fuel our daily activity, and we'd avoid foods that, say, gave us indigestion, regardless of how good they tasted, rather than restructuring our eating plans to make the number on the scale change.

13. They're not afraid of feeling hungry.
One of the most restrictive patterns of thought that Cohn sees among clients is a fear of eating too much and consequently gaining weight. "People who have a sense of what their body needs and eat mindfully and intuitively when they can, they're not as afraid of their hunger," she says. "What's there to be afraid of? If you get hungry, you just eat something!"

14. Their concerns for food don't interfere with daily life. 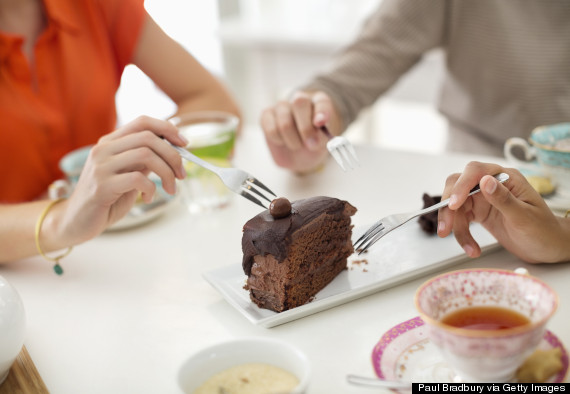 After a long list of rules and habits like the above, even the healthiest eaters might feel a little overwhelmed. The key to taking in all this advice healthfully is remaining balanced. Being too rigid, restrictive or strict about nutritious eating can also cause problems, including disordered thoughts or behavior that could be classified as orthorexia, says Cohn. Scheduling a date with the gym is one thing; scheduling a date three evenings in a row when your best friend is visiting from out of town and you don't make any time to see her may raise red flags, she says. "If you're missing out on normal social engagements or sleep in order to maintain a certain lifestyle, that's definitely crossing the line."