The conventional wisdom on restaurants and health is that eateries intentionally serve up high-calorie, low-nutrition dishes because they think they're the best way to draw customers in and maximize profit. This theory of menu design certainly provides a convincing explanation for the success of unhealthy fast-food chains like McDonald's and Taco Bell.

But a new study released Thursday by the Hudson Institute suggests that, if this theory was ever really valid, its power has waned in recent years.

The researchers examined sales figures from 21 major chain restaurants, some of which had recently introduced more lower-calorie options to their menu, and some of which had cut such items. (For a nice primer on some of the healthy dishes that chains have introduced, by the way, check out Stephanie Strom's story on the trend in today's New York Times.) They discovered that the chains that had added more low-cal items had performed strikingly better than the ones that hadn't. Between 2006 and 2011, visits went up 10.9 percent at the chains that had beefed up their healthy offerings, while they dropped by 14.7 percent at the restaurants that had decreased their low-cal offeries.

We know, we know: correlation, not causation. Maybe, you might posit, the restaurants that had the means to develop healthy recipes were already doing better than those that didn't? Or maybe they all did a bunch of marketing using their healthy items, but people actually ordered the unhealthy ones anyway!

There may certainly be other factors lurking in the background. It possible, for example, that a few people are buying two of the "low-calorie' main dishes, defined in the study as those under 500 calories, and eating them both at once, boosting sales without cutting caloric intake. But this study does, at least, provide fodder for restaurant R&D workers who are pushing their bosses to agree to add more healthy items to their menus. Which may be good news for diners' health down the road. 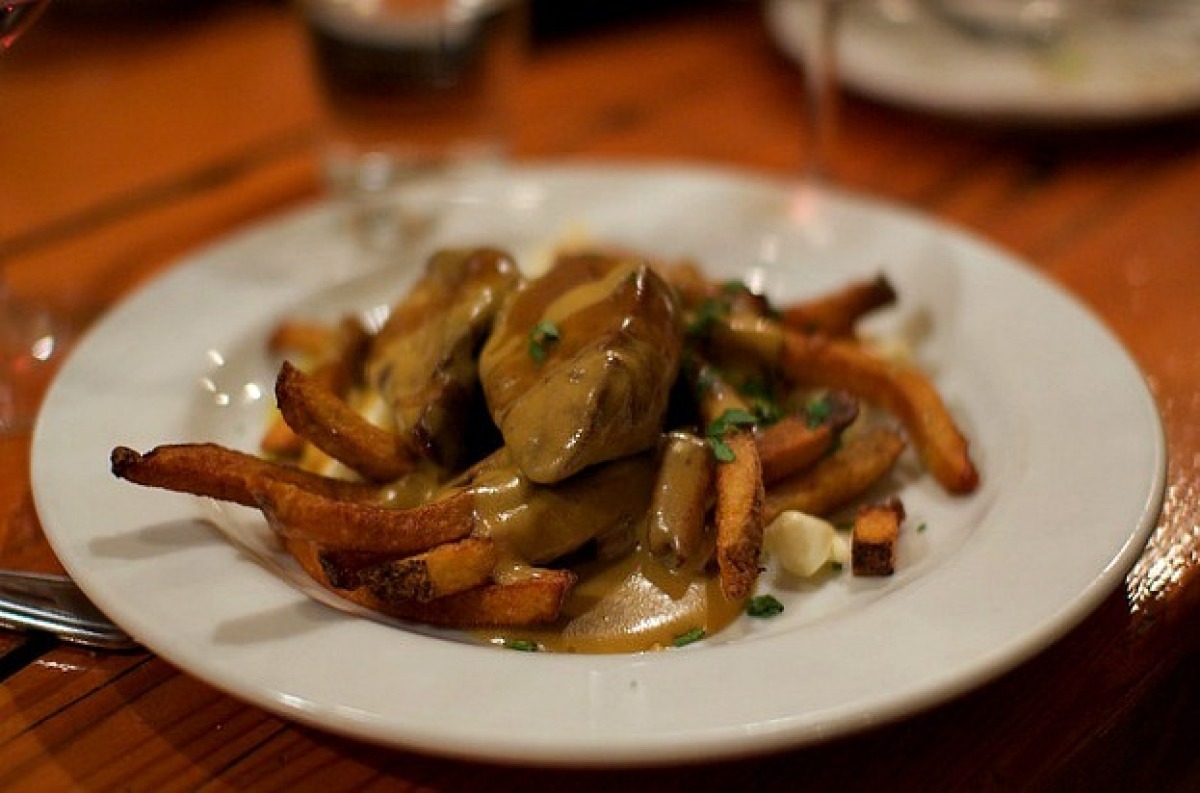 1 / 11
Foie Gras Poutine
At Montreal's beloved Au Pied de Cochon, already indulgent poutine gets another heaping helping of calories mixed with fat and guilt, in the form of foie gras. Foie gras poutine is just what it sounds like — crispy fries smothered with gravy and cheese curds, and topped with a rich slab of foie gras. <em>More on The Daily Meal:</em> <a href="http://www.thedailymeal.com/11-chic-and-affordable-beach-escapes-slideshow?utm_source=huffington%2Bpost&utm_medium=partner&utm_campaign=gut%2Bbusting%2Bmeals" target="_hplink"><strong>11 Chic and Affordable Beach Escapes</strong></a> <em>Photo Credit:</em> © <a href="http://www.flickr.com/photos/kev_walsh/" target="_hplink"><strong>Flickr/kev_walsh</strong></a>