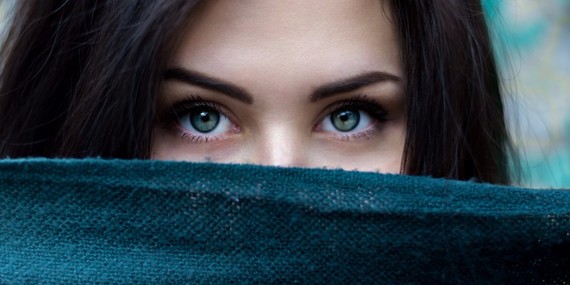 I have a hearing loss. No big deal, right? But sometimes it is. Why is hearing loss sometimes embarrassing in a way that other conditions like vision loss or mobility challenges are not?

It really shouldn't be. Hearing loss is quite common. More than 50 million Americans have hearing loss. This now includes one in five teenagers and 60 percent of our returning veterans. In fact, more people have hearing loss, than suffer from diabetes, Alzheimer's, autism and osteoporosis combined! You probably know several people with hearing loss, maybe even yourself. Yet, the stigma remains.

Maybe it is because hearing loss is invisible. You can't see it so you don't know it is there. This makes it easier for people with hearing loss to appear stupid when they answer the wrong question or repeat something that someone else just said. We can also appear rude or unfriendly if we don't reply to someone's greeting or request for assistance.

I regularly get dirty looks from people while shopping. I used to wonder why everyone was so nasty all the time, but I have come to realize that they probably said, "Excuse me," so I would move to the side and let them pass. Since I don't hear them, I don't move. They think I am rude and the dirty look is their reply.

I've long gotten over it, but recently my soon-to-be-teenager children started getting upset by it. They feel embarrassed that their mom does not behave "appropriately" and brings negative attention to the family. They have started tapping me on the shoulder to alert me when someone wants to pass, which is actually a big help.

Just last week, though, something happened that did make me feel foolish. I was waiting in a long line at the bank but ran out of time, so I left. A piece of paper had fallen out of my purse, but I hadn't realized it. I was halfway down the block before I finally heard the nice man yelling "Excuse me, ma'am, you dropped this paper." I only noticed because other pedestrians on the street were stopping and turning to look at me. I felt like a fish out of water and a little panicked at being the center of this unwanted attention.

When he finally caught up with me, the man looked so annoyed, I could only mumble a reply and point to my ears. "I'm so sorry," I said, "I didn't hear you." He just shook his head and walked back to the bank. I'm not sure he believed me since I don't really look the part. I am 47, not the stereotypical senior with hearing loss. I felt stupid, especially since that piece of paper was not important.

Over the years, I have grown a pretty thick skin when it comes to my hearing loss, but for people newly diagnosed, it can be a tough road. Many people go out of their way to hide it -- ignoring it, denying it, and making excuses to themselves that other people are mumbling. In fact, it takes people an average of seven years to seek treatment once they first recognize a problem. It took me ten. That's a lot of missed conversations and intimacy because of embarrassment. It's not worth it.

My advice -- if you know you have a hearing loss, or just think you might -- forget the embarrassment. Get your hearing checked, accept treatment, and continue on with your vibrant and engaging life. There really is no other alternative.

Readers, does your hearing loss ever lead to embarrassment?

This post first appeared on Living With Hearing Loss.

1 / 6
Zolpidem
Zolpidem is used to treat insomnia (difficulty falling asleep or staying asleep). Zolpidem belongs to a class of medications called sedative-hypnotics. It works by slowing activity in the brain to allow sleep. Zolpidem is sold under Ambien and other brand names. For a complete list of other Benzodiazepines and non-benzodiazepine sedative hypnotics, go <a href="http://www.kurzweilai.net/are-you-elderly-and-having-memory-or-concentration-problems">here.</a>
Wikipdia