Which is to say: There's that feeling you get when something goes terribly wrong, when mistakes were made and the Dark Side sometimes steals the reins and it might be a long time before thing improve, stabilize, heal -- but hey, at least they will, right? Probably?

You know this flavor? Like the Bush years, like America in wartime, like the NSA, like an upsurge in girl abductions by terrorist thugs and a downspin of collective intelligence about sex, science or women's rights, like lazy hipsters in hoodies and How I Met Your Mother and the Honda Accord. Dire and disorienting, idiotic and inexplicable -- but also sort of temporary, solvable and, if we're lucky, not as openly dreadful as we like to think.

Then there's the other kind.

This is the heartsick you feel deep down in your cells. The kind that shakes your entire goddamn animal core, that makes your very skin hurt, that wants to crush your sense of humanity with a hammer for no apparent reason -- except the reason is brutally, stupidly, frighteningly clear. 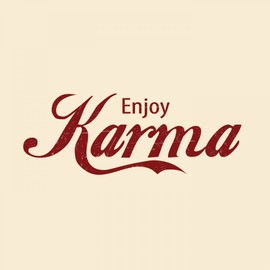 Surely you know this kind? It's that karmic paralyzing feeling you get when you read evermore dire stories about, specifically, climate change, when you wake up and the first thing that strikes your delicate anima is a battery of headlines declaring, with near 100 percent authority, that the Antarctic ice sheet is now collapsing so fast that its destruction is irreversible and unstoppable -- and this will, along with numerous other similar shockers soon to come, change the face of the Earth forever.

"This Is What a Holy Sh-t Moment for Global Warming Looks Like," wrote Mother Jones, in a headline far better than mine but which I still can't quite get away with here, as two teams of scientists have declared that enormous portions of the West Antarctic Ice Sheet have become irreversibly destabilized, and there's not a damn thing anyone can do about it.

P.S.; Your grandkids just texted from the not-so-distant future: "F--k you, and thanks a lot." Wow, harsh.

Thing is, normally, when nature offers up a spectacular shocker -- an earthquake, a tidal wave, a rogue plague of toxic fleas -- the tremor of fear we feel is a collective groan across all species, a sense that this is just what nature does, we're all in this together and let's all just hang on and hope for the best.

Global warming is tangibly different. All but the most ignorant and flagrantly dishonest among us recognize how this particular environmental recoil is very much our own doing, the result of countless years of unchecked pollution, ravenous resource abuse, rapacious growth at all costs. The karma is ours, and ours alone.

This much we know: Speculation is over. Theories have calcified into fact. We are now in the Declarative Era, a period when the headlines are no longer about climate change's potential for havoc, but about hard, brutal truths -- about deadly weather, destroyed lives, decimated economies, doomed populations, bizarre sea creature deaths, the end of vast stores of natural resources, all happening right now -- and how nearly all evidence points to it getting exponentially worse.

But hey, look on the bright side, right? The Antarctic ice sheet will take long time to collapse completely, maybe as long as a century before sea levels rise enough to pulverize every coastal city you can name. Certain businesses -- disaster relief, bottled water, drug companies, private militias, countries who don't give a damn -- are already profiting handsomely from the accelerated decay of the planet. You and I and even our kids will probably be OK, sort of, but not really.

And hey, are we not tenacious? As a species and a curse? We'll spend billions to shore up our cities, tens of millions of us will migrate out of the scorched southwest as the drought becomes unlivable and fire season never ends, food shortages will be rampant, bizarre and completely unpredictable shifts in the planet's delicate ecosystems will upend our comfy way of life in ways we cannot yet imagine. Can we adapt? Who the hell knows. We haven't really had to try for what, a few thousand years? We're a little rusty. And lazy. And entitled.