Sitting too much has been linked to cardiovascular disease, obesity, cancer and even premature death.

But a new study, published in the July issue of the journal Experimental Physiology, suggests that it doesn't take much to reverse at least one of the negative health consequences of a sedentary lifestyle, which is reduced blood flow to the lower legs.

Walking for just 10 minutes may offset the negative impact on vascular health of sitting for a prolonged period. The research is featured in a video posted to YouTube on Sept. 25:

"The prevalence of sedentary behavior in the workplace and increased daily sitting time are common to many professions," Dr. Jaume Padilla, assistant professor of nutrition and exercise physiology at the University of Missouri and lead author of the study, told The Huffington Post in an email. "This research not only has applications for employees who sit at desks, but also for truck drivers, airline passengers and anyone else who is seated for an extended time."

For the study, the researchers assessed blood flow in the popliteal artery, a major blood vessel in the lower leg, and brachial artery, found in the upper arm, of 11 healthy men before and immediately after they sat for a prolonged period of time. The researchers found that blood flow in the popliteal artery was dramatically reduced after sitting. Some reductions were also found in the brachial artery.

"We were surprised that just six hours of sitting had such detrimental effects on their vascular function," Padilla said.

The researchers then had the men walk for 10 minutes, and found that blood flow in the popliteal had returned to normal levels.

"While we were able to show that a short bout of walking can improve vascular health after sitting for roughly the equivalent of a typical workday, more research is needed to find out if repeated periods of reduced vascular function caused by sitting leads to long-term -- not just short-term -- vascular complications," Padilla said.

To avoid vascular problems, Padilla said that it is important to get up from your desk once every hour during a typical work day. If you're unable to break up your day with walking there are alternative options that can help your vascular health, he said, including using a standing desk or a treadmill desk.

However, other researchers who have studied sedentary lifestyles insist that getting up from your seat and moving is critical.

"The key is breaking up your activity throughout the day," Dr. Alan Hedge, a professor of ergonomics at Cornell University, who was not involved in the study, told The Wall Street Journal. “Sitting all day and standing all day are both bad for you."

Biology Thrive Health and Wellness Too Much Sitting Sitting Risk 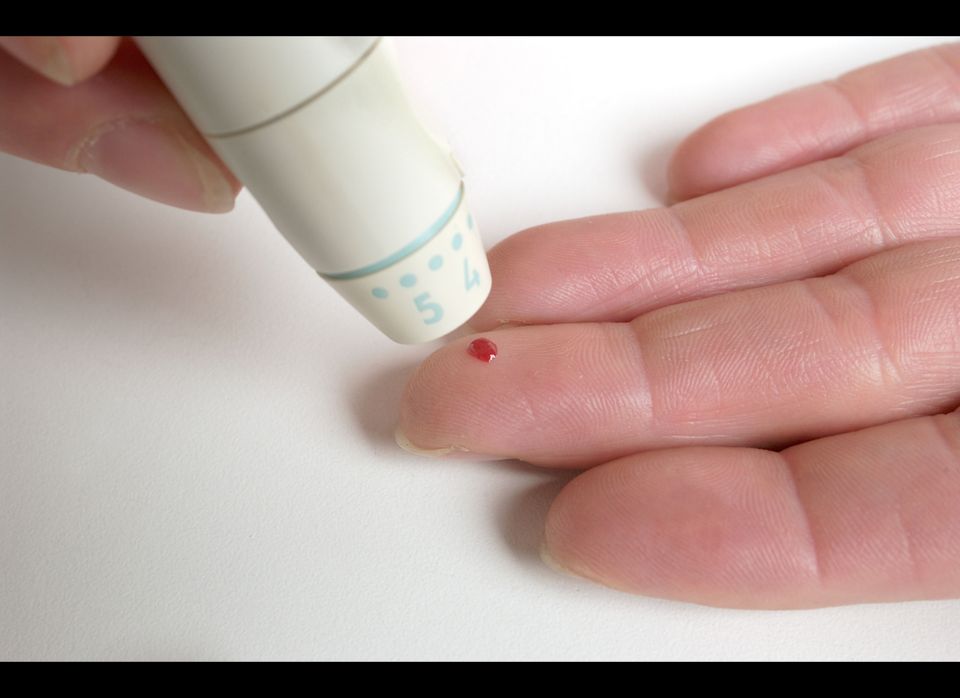 1 / 6
It Ups Diabetes Risk
<a href="https://www.huffpost.com/entry/sitting-too-long-diabetes-risk_n_917220" target="_hplink">Back in October,</a> researchers from the University of Missouri published results suggesting that sitting throughout most of the day may put individuals at higher risk for diabetes, obesity and non-alcoholic fatty liver disease -- even if you clear time for daily exercise.
Alamy