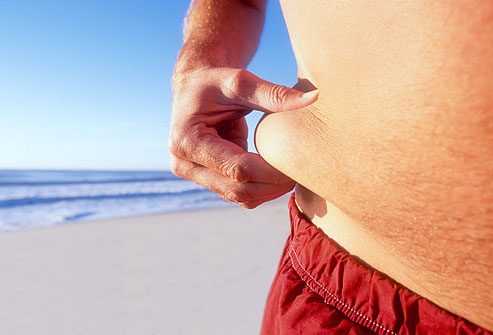 New findings suggest that obesity and liver disease can be caused by proteins that change microbe populations in the stomach, according to a study published in the February 2012 issue of the journal Nature. The Yale immunobiologists' discovery suggests that obesity and non-alcoholic fatty liver disease (NAFLD) may be infectious and treatable with targeted antibiotics. At least that was the case for mice.

NAFLD is caused by metabolic syndrome -- diabetes, hypertension, and high blood cholesterol -- which are also risk factors for heart disease.

Researchers expanded on an earlier study that showed microbial imbalances in the stomach, caused by the same family of proteins, heightened the risk of intestinal diseases such as colitis.

The most extraordinary finding, according to senior author Richard A. Flavell, a Howard Hughes Medical Institute investigator and professor of immunobiology at Yale School of Medicine, was that the changed intestinal environment that led to obesity and liver disease was infectious among the community of mice studied.

"When healthy mice were co-housed with mice that had altered gut microbes, the healthy mice also developed a susceptibility for development of liver disease and obesity."

It is estimated that 30 million people suffer from NAFLD in the U.S. The condition is observed in up to 75 percent of obese people, 35 percent of whom will progress to NAFLD. Fatty livers occur in 33 percent of European-Americans, 45 percent of Hispanic-Americans, and 24 percent of African-Americans. Twenty percent of people with NAFLD develop chronic liver inflammation, placing them at risk for cirrhosis and liver cancer, but the causes have been unclear and, before now, seemingly unrelated to systemic auto-inflammatory and metabolic disorders.

The proteins studied are known as "inflammasomes." They start the immune system's inflammatory response and behave as regulators and sensors of the microbial environment in the intestines.

The research team found that a deficiency in components of two particular types of inflammasomes in mice caused changes in the intestinal tract's microbial community and that the changes were associated with increased bacteria that determined the severity of obesity and (NAFLD) in the mice.

The next step, Flavell says, is extending this research to humans and identifying more precisely the bacteria involved in the progression to liver disease.

"We found, in mice, that targeted antibiotic treatment brought the microbial composition back to normal, and thus eased the liver disease. Our hope is that our findings may eventually lead to a treatment for humans."

February is American Heart Month. Please take a few minutes to visit the Yale Heart Study site and complete the heart attack survivors survey, or forward it to someone you know who has survived a heart attack. https://heartstudy.yale.edu/hacs/