A brilliant new campaign is encouraging lesbian, gay, bisexual and transgender (LGBT) couples to show their affection for one another proudly and share their love with the world.

Called HeartGoesPop, the campaign stemmed from the stigma many queer couples face from publicly showing affection for each other -- as evidenced on a large scale by the backlash Michael Sam faced for kissing his boyfriend after being drafted into the NFL. Mike Curry and Patrick Wallace are the brains behind HeartGoesPop, the two individuals who previously co-founded the grassroots movement A Note to My Kid in 2012.

"Through each photo and story featured on HeartGoesPop.com, we also hope to inspire more LGBT couples to publicly #KissProudly," organizers for the campaign said in a statement. "Many of us in the LGBT community have felt uncomfortable showing affection in public for fear that a simple kiss may be met with resistance by those around us. With all the problems we face in this world, shouldn't all kisses be celebrated? We think so. Here's to bringing more love into the world — one sweet kiss at a time."

Check out some images from the HeartGoesPop below and head here to be a part of the campaign. 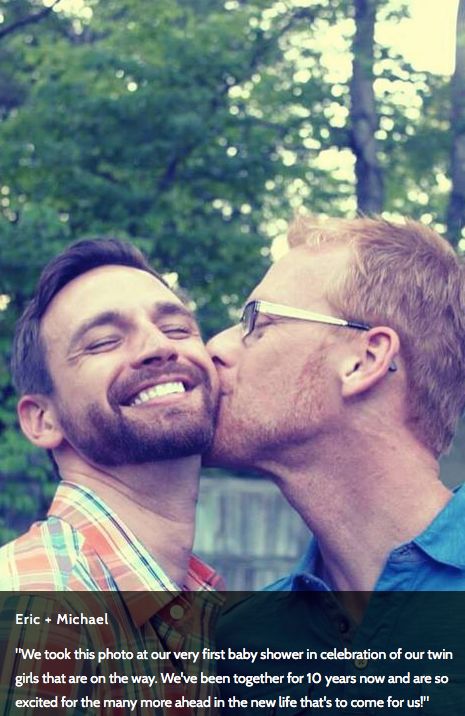