Not surprisingly, no one wants to live in the pricey Soho apartment in which Heath Ledger died, reports the NY Post:

THE rental listing of the SoHo apartment where Heath Ledger accidentally overdosed has been pulled without a taker willing to cough up $26,000 per month. The Post's Braden Keil reports the three-bedroom loft at 419 Broome St., which was officially relisted in late July after Ledger died there last January, couldn't attract a tenant - most likely because of its spooky provenance and a cooling high-end rental market. A Corcoran Group source would only say the 4,400-square-foot pad is "temporarily off the market."

Here is a photo of the building: 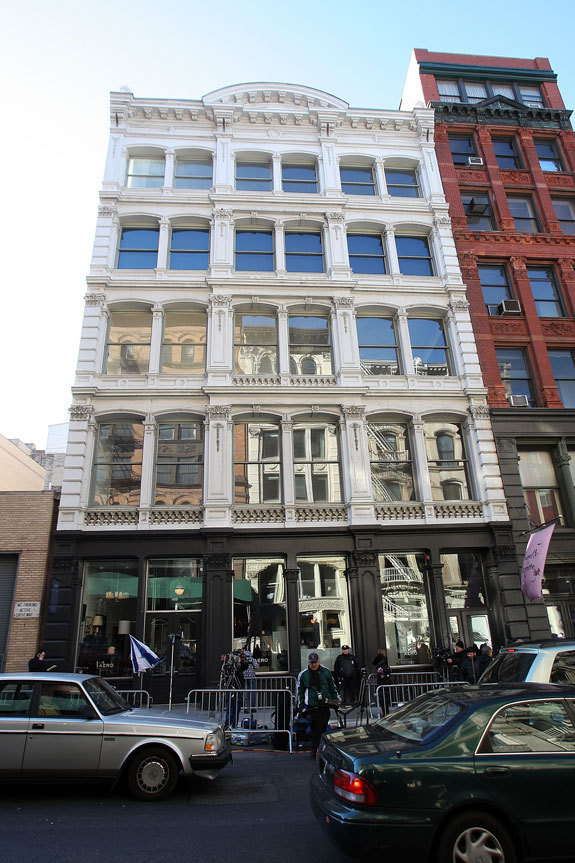