In 1843, Sarah Forbes Bonetta was born a princess of the Egbado clan of Nigeria’s Yoruba people. However, when she was 4 years old, her entire family was killed in a slave raid, and King Gezo, the most infamous slave trading monarch in West Africa, took her as prisoner. Shortly after, a British commander named Frederick Forbes suggested Gezo give Bonetta to Queen Victoria as a diplomatic gift. “She would be a present from the King of the Blacks to the Queen of the Whites,” he said.

Thanks to this bizarre turn of events, Bonetta wound up at Windsor Castle in 1850. The Queen, impressed with Bonetta’s intelligence and musical talents, declared the girl her goddaughter and agreed to take on her educational expenses. Until her death in 1880, Bonetta lived among the British middle class ― ostensibly happy, or, at least, financially comfortable. Her story is often framed as a bizarre sort of fairytale, of a woman saved from horrific circumstances and plopped into a life of luxury.

When London-based contemporary artist Heather Agyepong learned Bonetta’s story, it touched her on two levels. First, due to the lack of visibility of black diasporas predating the 1940s, Agyepong was surprised that there were black people in Britain in the 19th century. “It was both overwhelming and embarrassing as I was a little ashamed I didn’t know that the diaspora has been around for over 500 years,” she explained to The Huffington Post.

But Agyepong’s fascination with Bonetta went deeper. She found herself wondering, despite the happily-ever-after tone that normally accompanies Bonetta’s life story, how she really felt inside. What would it be like to lose your entire family and live in a world so different from the one you once knew? “How can a black woman living in Victorian Britain within the realms of aristocracy have such an pleasant experience?” Agyepong asked.

Agyepong scrutinized the formal portraits of Bonetta ― dressed in a gown, bonnet and pearls ― in which she appeared regal, composed and in control. But how much could she really glean from a sepia-toned, posed portrait anyway? “Her portraits reminded me of the way some black women feel they need to compose themselves in such a way that suits others but not ourselves,” Agyepong continued.

As a young black woman living in London, Agyepong’s experiences traveling throughout Europe have been tainted by discrimination and abuse, from strangers on the street laughing at her to soliciting her for sex. Some of this assault stems from the historical sexualization of black women’s bodies. “I could be wearing a huge polo, wool jumper, boyfriend jeans and trainers and some creep would still look at me like a prostitute,” Agyepong said. “It’s ingrained.”

All women, but especially women of color, learn to walk in the world acknowledging that some view them as sexual objects before human beings. Another fallacy that permeates Western culture ― less directly damaging but perhaps more insidious ― is the myth of the “strong black woman.” Although women of color have certainly displayed tremendous strength to endure the injustices that shape their daily lives, the surface compliment can easily metamorphose to imply black women don’t feel pain, or black women don’t need help.

“I started to reimagine, well, maybe she suffered from the same struggles I have, maybe she pretended things were all right when they weren’t,” Agyepong expressed.

In a series titled “Too Many Blackamoors,” Agyepong inserts herself into Bonetta’s narrative, recreating her 19th-century portraits with her own image. The title takes its name from a 16th-century letter distributed throughout Elizabethan England, which called for mayors and sheriffs, under the Queen’s will, to expel superfluous “blackamoors” from the land.

At first, Agyepong’s portraits look like they were plucked straight out of the 1800s. Look closer, however, and certain contemporary details come into view ― Doc Martin boots, Peter Fryer’s 1984 book Staying Power: The History of Black People in Britain. Agyepong’s process, technically referred to as “Re-enactment Phototherapy,” is inspired by the work of two phototherapists, Rosy Martin and Jo Spence, who explored the relationship between photography, memory and identity by deconstructing the self-portrait.

“I reimagined my own struggles, worries and insecurities onto Bonetta in order to allow myself to reflect, relive and possibly heal from those traumas,” Agyepong said. “I also really wanted other black women to share the experience with me, maybe evoke a cathartic experience whilst looking at the images to encourage a dialogue not just between others but between themselves.”

Through the project, the artist hopes to dismantle the stereotype of the strong black woman, or at least make space for nuance, complexity and dissent. Agyepong spoke of the images in conjunction with her own struggles with mental health, her reluctance to reach out for help because “I felt it didn’t fit the image of what I saw a black woman to be. All the talk about mental health was around white women so I thought, well, I can’t be depressed.”

Black women are burdened with innumerable weights and anxieties each and every day. As Jenna Wortham recently wrote in The New York Times, in reference to recent incidents of police violence against black people: “All the rage and mourning and angst works to exhaust you; it eats you alive with its relentlessness. These slayings obey no humane logic. They force you to reconcile your own helplessness in the face of such brutal injustice, and the terrifying reality that it could happen to you, or someone you hold dear.”

In addition to living with the threat of brutal injustice, enough to make anyone anxious or depressed, women of color are left out of the larger conversation regarding mental health. The subject, for many, remains stigmatized and out of reach. “It seems like for generations, black women have hardly been included in conversations about mental well-being and, to be honest, I’m just over it,” Agyepong said.

Some of Agyepong’s photos are currently on view as part of the group exhibition “Unmasked Women,” which grapples with the current state of black mental health for young women in the United Kingdom.

The show’s curator Nicole Krystal Crentsil spoke to The Huffington Post about the difficulty of seeking help from therapists who are not a part of, or educated about, the black experience. “Some therapists are not aware of what it’s like to be brought up with racial oppressions and institutionalized pressures,” she said. “They think talking to your mum would solve all your issues.”

Agyepong, along with nine other young women artists, contributed their work in order to show young black women in the U.K. and beyond that they are not alone, that it’s OK to not be OK. “I’m sick of internalizing traumas, sick of pretending to make someone else feel comfortable whilst others can live free with their belly hanging out,” Agyepong said.

“I just want to live as carefree as possible and bring whoever is around me with me. We need to dig ourselves out of these boxes as black women because as someone who has come out from the other side of mental health issues I feel that I owe it to them to speak up for the women who are still suffering in silence. I just want to leave the viewer empowered in whatever way I can; to feel release, ease, a sigh of relief.”

“Too Many Blackamoors,” commissioned by Autograph ABP, will go on view as part of “Visible:In,” during Art Licks weekend, from Sept. 29–Oct. 2, at Seen Fifteen in London. 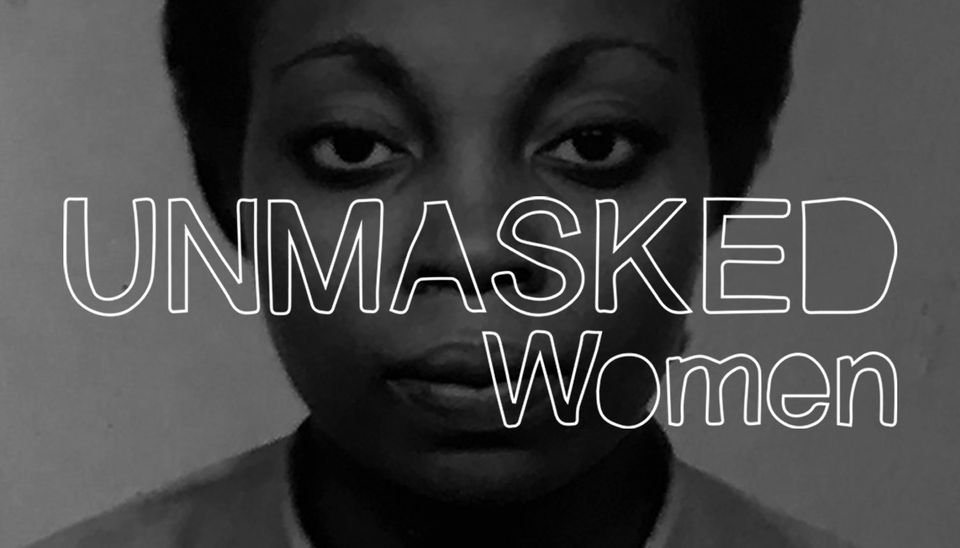