As told to Emily L. Foley

You Do What?!
One of the scenes Brice (below) and her team sculpted for the 2005 World Ice Art Championship: a baboon playing a drum on a rhino.

On Finding Her Calling
"After studying bronze and wood sculpture, I helped an Alaskan ice sculptor during the holidays and fell in love—you can create monumental displays in just a few days. I begged him to let me join his four-man team for that year's world championship. We won first place with a scene of a mouse and a toad playing chess, a mouse playing a violin on a hunk of Swiss cheese, and a fairy playing the harp. And I eventually married the sculptor!"

On Her Chill Creations
"I mainly carve and maintain sculptures at Alaska's Aurora Ice Museum -- yes, that exists -- where I've helped build a two-story tower with a circular staircase, a kids' snowball fort, and jousters on horseback. I'm constantly finessing to compensate for sublimation, the physical phenomenon that makes ice cubes shrink in your freezer."

On Her Specialty
"At the museum, guests can sip appletinis from ice martini glasses. I can crank out 200 of those a day if I'm in the zone. I mount a block on a lathe and use a high-speed cutter to shape the bowl and stem. Then I use a propane torch to melt the snow so it looks clear."

On Breaking the Ice
"We harvest ice from a beaver pond in early spring, when it's thickest after the long winter, and store it in a temperature-controlled room for the year. My husband uses a chain saw to cut the frozen pond, forming three-foot-thick, 1,200-pound blocks, which are hauled with a forklift."

On Her Work Wardrobe
"It's all about layering. I wear a long-sleeved shirt, a polar fleece, a battery-heated sweatshirt, two jackets, jeans, a fur hat, fisherman's gloves and thick military boots -- I always have an extra pair warming on a space heater for when my feet get cold. If I'm going to be carving outside, I add fleece pants, leather mittens and toe warmers. I hate being cold."

Own OWN Empower Yourself Ice Sculpture 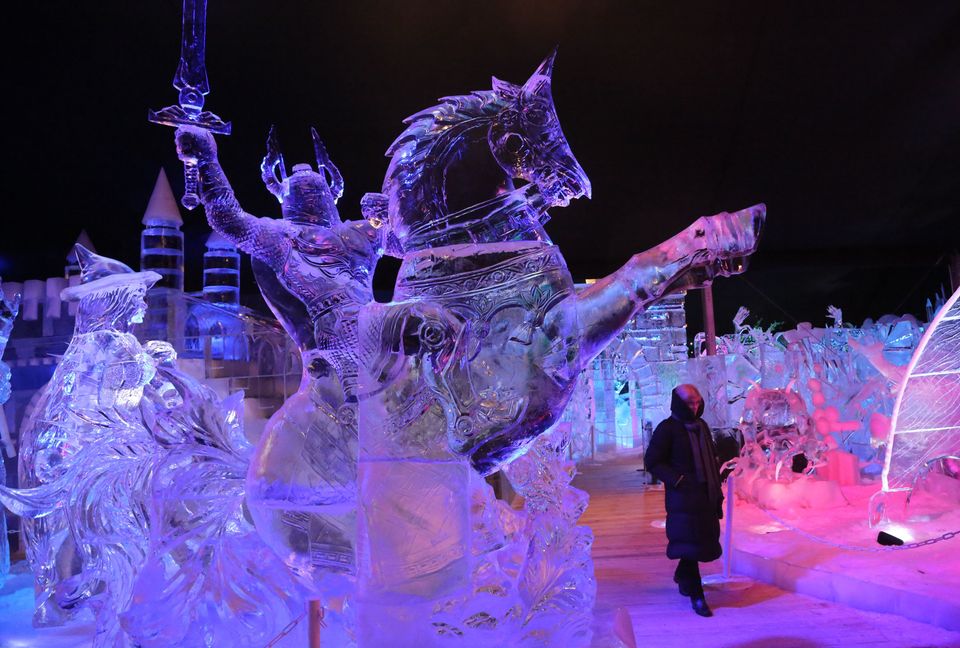