She was trusted to take care of defenseless children, but now one Ohio daycare worker is accused of doing the unthinkable -- and filming it.

Heather Koon, 25, faces two counts of rape after police say they found video on her laptop of her "engaging in sexual conduct with an unknown infant." An investigation also revealed an additional victim, according to WOIO.

Police allegedly found the video on Koon's laptop at the apartment where her boyfriend, James Osborne, lives. Osborne is a registered sex offender. Both Koon and Osborne were arrested Oct. 4 within hours of each other, and were held at Lorain County Jail.

UPDATE: Oct. 8, 8:15 a.m. -- At her arraignment Oct. 7, prosecutors said that the state has "very strong evidence" against Koon, and stated that her alleged victims were between the ages 1 and 2, WKYC reported. Her bond was set at $2 million -- $1 million for each felony count. 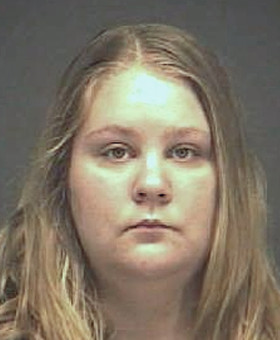 WKYC reported that both sexual assaults took place at ABC Kidz child care in Elyria. Concerned parents said they fear their children may also be victims.

"He doesn't like his diaper being changed. He doesn't like being touched... When I used to drop him off there he used to scream so bad that he would be like hyperventilating," Andrea Lankey, whose 2-year-old was under Koon's care, told the station.

In a statement, Carlos Johnson, the attorney for ABC Kidz, said the company does not believe there were other victims:

"The daycare in cooperating with the investigation and we’re compiling a list to determine which kids were present while she, Heather Koon, worked there. We do not think there are more victims, but out of the abundance of cautiousness we want to make sure that we are correct."

The father of the victim in the video told WOIO that representatives from ABC Kidz "tried to act like it was a simple assault" when they contacted him.

"A few hours later they called us back again and asked us to keep it discreet," the father, who wishes to remain anonymous, told the station.

Sadly, this isn't the first time a daycare employee has been accused of molesting children. In 2012, an instructor at a Pittsburgh daycare was sentenced to at least 35 years in prison for sexually assaulting 12 boys over a period of several years.