Heather Locklear attended the opening of "Evita" Thursday in Los Angeles with her new boyfriend in tow: Beverly Hills plastic surgeon Dr. Marc Mani. The 52-year-old actress, who split from longterm boyfriend Jack Wagner in November 2011, walked up to the event holding hands with Mani, who, at age 44, is eight years younger than the former "Melrose Place" star.

Locklear and Mani have been dating since at least last spring, when the pair were photographed hitting up hot spots in West Hollywood. Mani is no stranger to the spotlight, though. In 2008, "Extra" voted the Harvard-educated doctor the most eligible plastic-surgeon bachelor, and in 2009, Forbes magazine selected him as one of their 10 "Leading Providers" among plastic surgeons in the U.S. 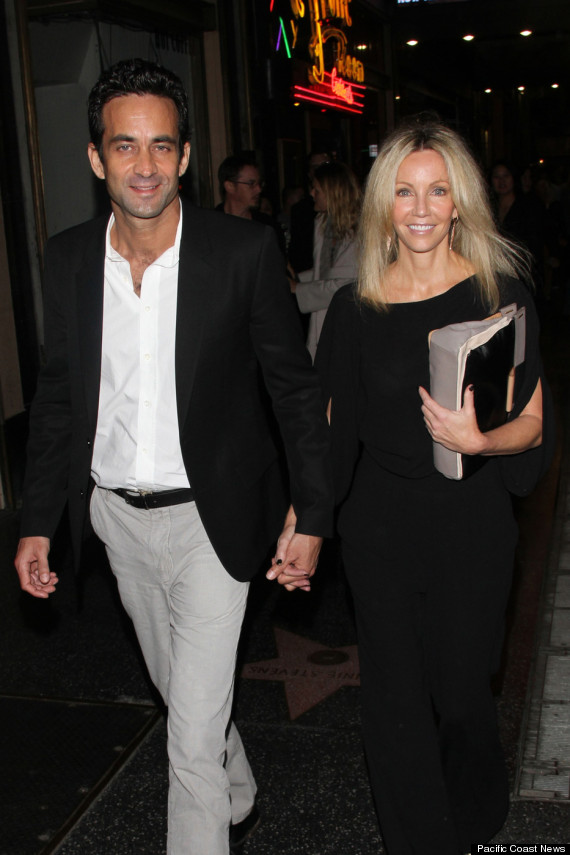