In his TEDTalk, David Gallo shows some absolutely amazing sea creatures, of breathtaking shapes and colors. But the deep ocean is not the only place where we can marvel at the wonders of nature. The heavens are another such place, and the Hubble Space Telescope, in particular, has captured for us some images about which we can truly say that they are "out of this world."

Take, for instance, the recently released image of the ring nebula (Figure 1 below). If we didn't know any better, we might have guessed that we are looking at some exotic jellyfish, or sea anemone. Actually, this is a dying Sun-like star, that has ejected its outer layers at the stage when the star had already become a giant, allowing its hot central core to irradiate the expelled layer, causing them to fluoresce in bright colors. This star is at a distance of about 2000 light-years from us, and the nebula has a size of about 1 light-year across. Fascinatingly, even though this event represents stellar DEATH, the ejected gas from such dying stars enriches the interstellar medium with elements such as carbon, and those are later incorporated into new stars, planets, and indeed into life as we know it. 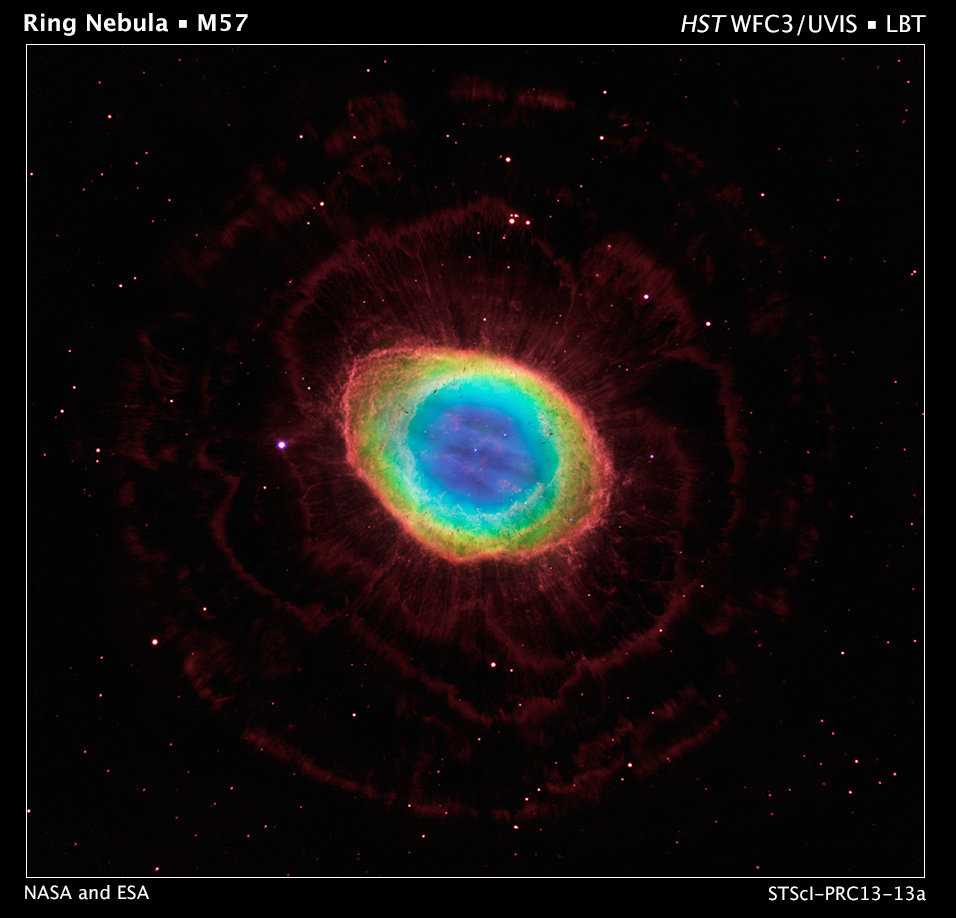 The second Hubble image (Figure 2) shows a collection of clouds composed of gas and dust in the Carina Nebula, located some 7,500 light-years from Earth. 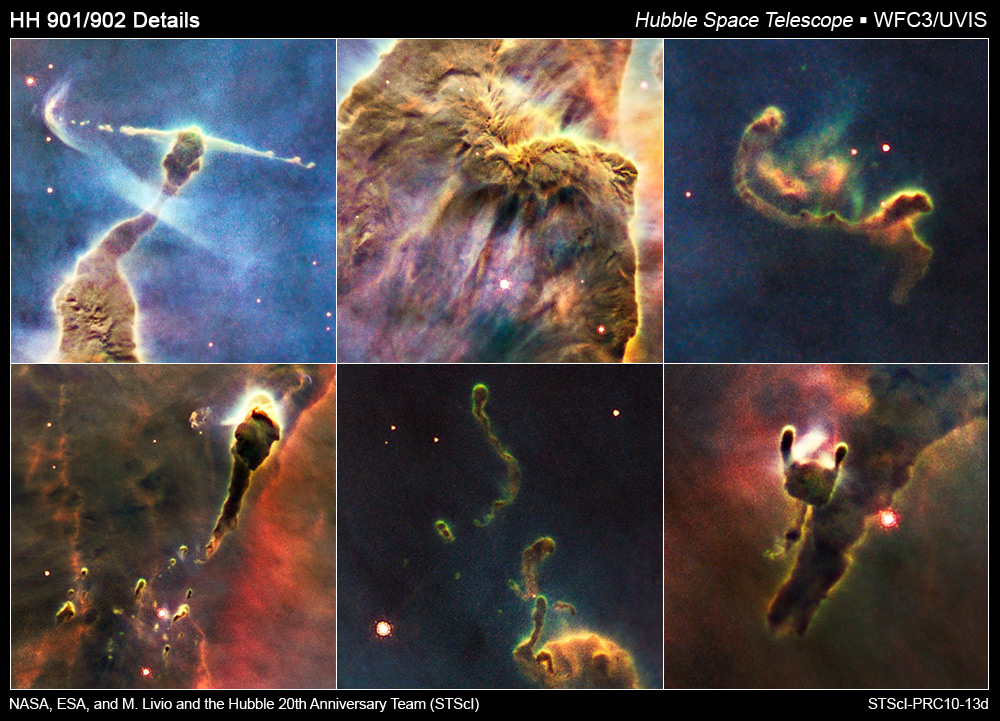 Source: Hubblesite.org
Figure 2: Details in the vicinity of the objects HH 901/902 in the Carina Nebula.

Again, you'll probably agree that a number of the stunning shapes could also be mistaken for some mysterious deep-sea creatures. In this case we are witnessing STELLAR-BIRTH. New stars are born from such clouds, when those collapse under their own gravity. In fact, the top left image shows the two jets that are emanating in opposite directions from the center of the disk that surrounds a new-born star. Every cloud has a certain amount of rotation (angular momentum) in it. As the cloud collapses, it starts spinning more rapidly, just like an ice skater pulling her arms inwards at the end of her routine. The increased centrifugal force flattens the inner part of the cloud to form a disk. The energy that is being released as material from this disk accretes onto the central protostar, can power jets in the directions perpendicular to the disk.

The dust in the disk can later coalesce to form planetesimals, and eventually terrestrial planets. If these rocky cores continue to accrete gas on top, giant planets are produced -- a new solar system is born. Some of the terrestrial planets around their host star would be bombarded by asteroids and comets which could bring water to their surface, creating large oceans. And in some of those oceans, jaw-dropping creatures such as the ones in David Gallo's lecture could evolve.

In this way, life on Earth, the Earth itself, the stars, and the universe as a whole, all participate in one grand cosmic evolution.