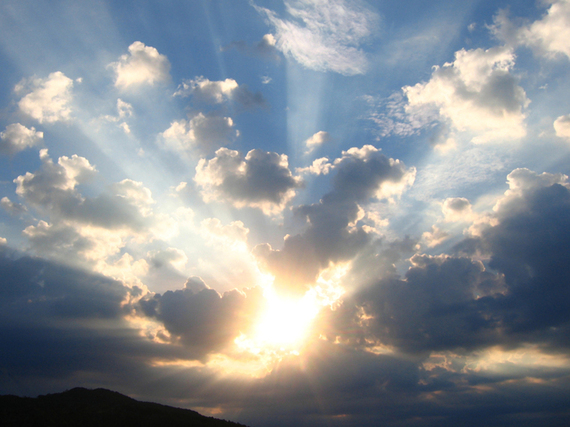 Christians believe that if you have accepted Christ as your savior and have led a good life, you will go to heaven when you die. Hindus believe in reincarnation -- you must keep coming back to this world until you have achieved the state of enlightenment -- nirvana -- heaven within. The Muslim religion states that if you live a righteous life and believe in God you will also go to paradise when you die.

Where is the Proof of Heaven When We Die?

The reality is that there is no proof of what happens after we die. In his book Proof of Heaven, Dr. Eben Alexander describes his experience of getting meningitis and going into a coma that could be described as "clinically dead." Fortunately, he miraculously recovered a week later and eventually recounted his experiences in which he claims he went to heaven. It is an uplifting and hopeful story that heaven exists once we die. There are many stories of people who have had near-death experiences; many described that they also went to heaven. However, we still can't say for sure that once one has died for good they go to heaven, as there is no scientific proof. Ultimately, heaven is a subjective experience. "Heaven is a state of mind."

All religions say that heaven is within. Maharishi Mahesh Yogi, the founder of Transcendental Meditation, showed this in saying:

"The message of bliss has been the message of all the great Masters of all
religions of all times. Christ said 'The Kingdom of Heaven is within you.'
Buddha gave the message of nirvana. The Upanishads speak of the same sat
chit ananda, eternal bliss consciousness, that is your own Self." i

The writer and philosopher C.S. Lewis expressed that: "Heaven is reality itself; all that is fully real is heavenly."

If this is true, why not live the reality of heaven now rather than hoping for it when we die? It is rare to meet someone who has as their goal in life "heaven within", even though Christ advised us to "Seek ye first the kingdom of God and His righteousness and all these things shall be added unto you" (Matthew 6:33).

Most people have goals in the outward material values of life--they want to be actors, musicians, athletes, make millions of dollars, raise a family, etc.--but very few people have heaven as their life goal. I think this is because most people don't think that heaven within is even a possibility.

The possibility of "heaven within" was certainly never discussed in my family as I grew up. It was never mentioned as a possibility by any preacher. At church, most services do not offer quiet time to "Be still and know that I am God". (Psalm 46)--to experience "heaven within". Every time I go to church, I always have a desire to close my eyes and start to meditate. Just as I am settling down to a place of peace, I have to kneel, stand up, or start singing. Singing is very uplifting and certainly can lift one's spirit, but it is not the same as experiencing that still state of heavenly peace within.

We know that Jesus said "Heaven is within", but most people don't know how to experience this profound inner state of joy. Many great thinkers, writers, poets, and theologians like Plato, Aristotle, and Ralph Waldo Emerson have written about the experience of this inner state of life. Plato referred to it as "The Good and the Beautiful", Emerson as the "Oversoul". Universal experiences of heaven within throughout time by people from all backgrounds reveal that it is possible to enjoy this exalted state.

Maharishi has said that heaven within--the state of enlightenment--is our birthright and is the very purpose of our existence.

How To Experience Heaven Now?

Everyone has heaven within them in the pure silence of their Being, which can be easily and effortlessly accessed through meditation techniques like Transcendental Meditation. The state of heaven is not a mood or an intellectual construct in the mind. It is based on physiological changes that take place in the physiology as a result of regular practice of Transcendental Meditation. There are over 380 peer reviewed scientific studies showing improvements on all levels of mind, body, and behavior.

Experiences differ when people first learn Transcendental Meditation. Most people usually experience a quiet pleasantness whereas others may experience a more all-encompassing state of bliss. This inner quality of pleasantness grows with regular practice. There are millions of people around the world who have been meditating for years and are enjoying true inner peace--heaven within.

Sometimes during meditation golden light pours into my head, as if squeezed through a cloth, filling my head with light. At times, I feel like a newborn baby entering a new dimension of reality made of infinite tenderness, purity, love, and divine wholeness, a heavenly domain.
England

As soon as I close my eyes and start TM there is an all-pervading softness and peace. Thoughts subside as the waves of the ocean settle and become still. I am left in bliss filled silence. What thoughts may come do not break the surface of the ocean; I remain in a heavenly state of complete stillness and bliss. When I open the eyes after meditation the world is new, I remain an ocean of bliss and light and silence as I move through my dynamic day. I am so sublimely peaceful and blissful while walking the paths of my life on earth, which themselves merge into that unbounded silence.
Vermont

If one could live heaven now, then there would be a greater chance of enjoying it after one dies. Why take the chance of dying to find out if heaven exists? Enjoy heaven here and now. 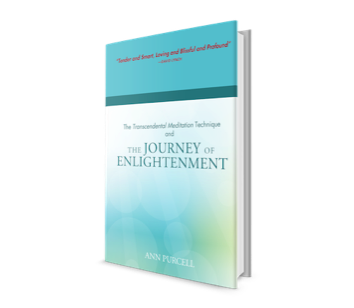