Apparently, Ozzy Osbourne may hold the key to happiness.

A recent study has found that "extreme" music genres -- including heavy metal, emo, punk and screamo -- may actually help calm angry listeners. Researchers say the results contradict the notion such music is linked to aggression and delinquency.

The study, published in the journal Frontiers in Human Neuroscience in May, was conducted at Australia's University of Queensland. Researchers asked 39 extreme-music lovers to describe a frustrating situation involving relationships, finances or work. To measure participants' emotions, researchers monitored their heart rates and asked them how they felt throughout the anger-inducing process. Some participants then sat in silence for 10 minutes, while others spent 10 minutes listening to the extreme song of their choice.

Instead of increasing listeners' anger, the extreme music calmed them, producing a result similar to sitting in silence.

“We found the music regulated sadness and enhanced positive emotions,” Leah Sharman, a student at the university's School of Psychology and co-author of the study, stated in a release. "The music helped them explore the full gamut of emotion they felt, but also left them feeling more active and inspired."

Sharman and co-researcher Genevieve Dingle, a lecturer in health and behavioral sciences at the University of Queensland, sought to challenge the theory that extreme music causes anger, a long-standing argument for foes of the genre. The pair also sought to test the notion that listeners can find happiness in harsh-sounding screamo or emotion-laden emo music.

In a September 2013 article for The Atlantic, Leah Sottile wrote about a separate study on music and emotions conducted at The Hebrew University of Jerusalem. The research showed "people who chose to be pissed off actually showed a greater sense of well-being overall than the people who avoided feelings of unpleasantness," Sottile wrote.

The University of Queensland study echoes these findings, with participants reporting "they used music to enhance their happiness, immerse themselves in feelings of love and enhance their well-being."

However, the study does note that the soothing effects of extreme music may be unique to fans of the genre. All of the participants were self-identified metal connoisseurs who weren't undergoing any actual symptoms of distress. The researchers say they're still unsure of the effects of extreme music over longer periods of time, and they didn't measure factors like personality and the "tendency to ruminate."

But the choice to listen to angry music to match an angry mood may be an active way to understand and regulate negative emotions.

So play on, metalheads.

PHOTO GALLERY
Your Eye Color Reveals Information About Your Personality

Listening To Heavy Metal May Actually Make You Calmer, Study Finds
Your Eye Color Reveals Information About Your Personality 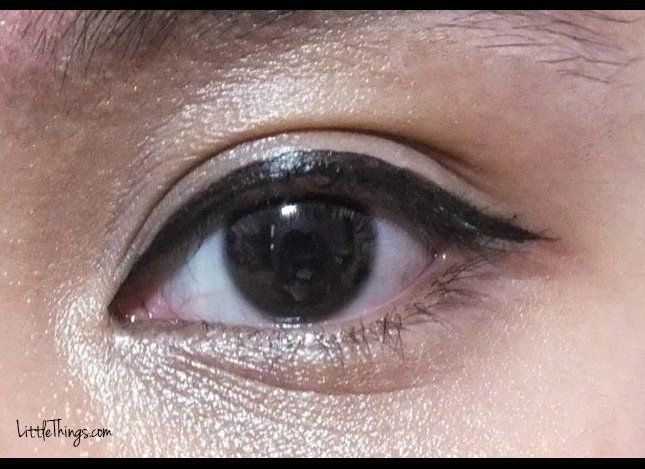 1 / 6
Dark Brown/Black Eyes
You are most likely a natural born leader. If that doesn’t quite accurately describe you, you might be surprised to learn that that’s how people see you! People with eyes that are so dark brown, they sometimes appear black have one of the rarest eye colors. As such, they are often perceived as mysterious or secretive, yet a study in <a href="http://www.medicaldaily.com/eye-color-can-be-window-your-personality-242560" target="_hplink">Current Psychology reported by <em>Medical Daily</em></a> showed that people with darker eyes are generally seen as more agreeable. Additionally, the darker your eye, the more melanin is in your system. A study published by the journal <em><a href="http://www.unt.edu/rss/class/mike/5700/eyecoloralcohol.pdf" target="_hplink">Personality and Individual Differences</a></em> says that people with very dark eyes tend to drink considerably less than those with lighter eyes, while <a href="http://www.amsciepub.com/doi/abs/10.2466/pms.1987.64.3.963" target="_hplink">another study</a> notes that people with darker eyes are generally better at sports that involve hitting targets (like tennis). The melanin acts as an insulator for connections between brain cells. The more melanin one has, the quicker their brains may work. You could potentially rule the world, if you can just find your inner strength. The world already sees you as a leader.