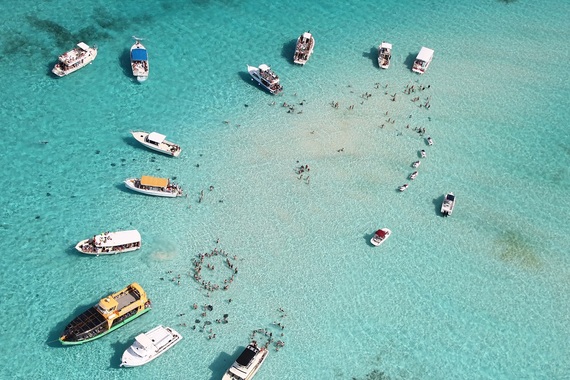 On the list of the largest U.S. companies by market value, those in the $30 billion to $45 billion range are household names: Capital One Financial, DirecTV, Phillips 66, Yahoo.

But far fewer people know much, if anything, about Citadel Multi-Strategy Equities Master Fund Ltd., with a gross asset value of $33 billion, or Elliott International, L.P., at $30.8 billion, or AQR Style Premia Master Account, valued at $16.6 billion. All are hedge funds organized under the laws of the Cayman Islands.

They're also just a handful of the funds under the control of some of the biggest political donors in the nation: Kenneth C. Griffin, Paul Singer and Cliff Asness.

Hedge funds -- partnerships of big-money investors that, put simply, try to beat the market by pursuing riskier-than-normal investments, often using debt and other forms of leverage -- have boomed in recent years, with many producing huge financial gains for an elite pool of individuals, pension funds or other repositories of great wealth. Private and exclusive, the funds are not for the average American; often, the customers are not Americans at all.

The industry has made certain Americans very, very rich, though -- and has helped create a new class of megadonors in U.S. politics. Besides Griffin (of Citadel Advisors LLC), Singer (Elliott Management Corp.) and Asness (AQR Capital Management), they include Robert Mercer and James Simons (Renaissance Technologies), Donald Sussman (Paloma Partners) and Seth Klarman (Baupost Group). These seven individuals who lead six hedge fund firms have together given at least $60 million to candidates, super PACs and political party committees since the beginning of 2015.

(The fund once managed by George Soros, another major industry donor, is now a family office and has no SEC Form ADV on file.)

The release of the Panama Papers has brought fresh reminders of the stunning amount of wealth held offshore, but that's a world these donors and their firms navigate routinely as part of a rarefied investment community far more wealthy and sophisticated than the market to which most people have access.

OpenSecrets Blog analyzed hundreds of pages of reports filed with the Securities and Exchange Commission by the six firms. The reports give new insight into these donors whose money is increasingly dominating political giving, thus allowing them disproportionate access to policymakers.

All told, the value of their 151 hedge funds is as high as $390 billion. Most of that is in the funds based overseas, mostly in the Cayman Islands. Of the 151 funds in the firms' SEC reports, 67 are organized under the laws of the Caymans, where the firms manage some $282 billion in current asset value. About $103 billion of the wealth is held in Delaware-based hedge funds.

The six management companies reported that they themselves owned stakes in the hedge funds totaling approximately $38 billion. Don't even think about trying to buy in with a few hundred thousand you may have lying around: The average minimum ante for an "accredited investor" is $5.4 million.

A quarter of the funds report greater than 50 percent ownership by non-U.S. investors (which could include offshore holding companies and other entities), and foreign investors own at least part of 41 percent of the funds. By far, most of the funds catering to these offshore entities are organized in the Cayman Islands.

In the presidential contest, hedge fund managers have played an enormous role in plumping up the coffers of several candidates' super PACs. Sussman, for instance, who has given out more than $7 million this cycle in all, has contributed $4 million to Priorities USA Action, the group backing presumptive Democratic presidential nominee Hillary Clinton. Sussman and Simons combined have given Priorities $16 million in the past two cycles. (Priorities supported President Barack Obama's second campaign for the White House before it pivoted to Clinton.)

Mercer, who socked $13 million into Keep the Promise I, one of the super PACs supporting Sen. Ted Cruz's (R-Texas) recently suspended run for the White House, is the largest individual donor to super PACs so far this cycle. Griffin provided $5 million to Conservative Solutions PAC, which backed Florida GOP Sen. Marco Rubio's presidential bid before he dropped out; add in gifts from Singer, Asness and Klarman and the total jumps to $11.6 million.

These seven major hedge fund industry donors whose firms filed Form ADVs with the SEC in recent months have made $135 million in political contributions since 1989, as far back as the Center for Responsive Politics' data go. But it's only since 2010, when super PACs came into being in the wake of the Supreme Court's Citizens United ruling, that the big money has really flowed.

Every firm but Renaissance has funds organized in a tax haven like the Caymans or Bermuda. But their offshore dealings don't mean they're engaging in tax evasion or anything similarly nefarious, says Steven Rosenthal, a senior fellow at the Urban Institute and an expert on tax policy. Rosenthal wrote in 2012 that while managers can benefit from organizing their investment vehicles overseas, they often do so to cater to special kinds of clients like tax-exempt entities and foreign investors.

The larger point, though -- rather than any illegal or hidden activity by the hedge fund managers -- remains one of a few staggeringly affluent individuals investing heavily in the political system, giving many times what the average American could imagine contributing.

Their largess, in turn, could have an impact on how the government treats the rich -- especially when it comes to the tax code. Capital gains tax rates levied on investment returns, for instance, are far lower than taxes on income. Indeed "tax issues affecting hedge funds" was one of the top issues listed on Renaissance Technologies' lobbying reports in 2015, for example. (Sussman, the Priorities USA Action donor, it should be noted, has supported closing the carried interest loophole that allows hedge fund managers' income to be taxed at the capital gains rate.)

"The world of capital is divided between those who have it and those who don't," Rosenthal said. "we're taxing capital lightly. We tax labor fully. And so I think it fuels a lot of inequality."

"I think the problem is how we look at capital," he said. "When you look at the size of these investments by hedge funds, it's eye-boggling."