In 1993, "Hollywood Madam" Heidi Fleiss was busted for running a high-class prostitution ring that catered to an elite but undisclosed clientele. Nearly two decades after her very public arrest, trial and 20 months in jail (due to tax evasion and money laundering), Heidi is now back in the sex business, helping to renovate Dennis Hof's Love Ranch, a brothel in Crystal, Nevada.

In this clip from "Oprah: Where Are They Now?", Heidi takes cameras inside this newly updated brothel, showing off recent renovations -- ever seen a $6,000 showerhead? -- and revealing plans for the continued renovations to make the brothel even more inviting. Of course, Heidi says, it's been a lot of work to get Dennis Hof's Love Ranch up to her standards.

"We bought it from a 200-year-old pimp," Heidi jokes in the clip. "Really, this [brothel] was very similar to a women's penitentiary. Even how you entered: You had to go through all these weird bars and buzzers, and someone's peering out the little peephole, scoping you up and down. It was so dark in here, you had to be escorted with a little flashlight down these hallways. And it was kind of scary... It was really a creepy feeling."

Watch the video to see before and after shots of the brothel and hear what Heidi has planned for additional renovations. "It's not the dirty little secret where people drive up and sneak in real quickly, and then afterwards they're full of shame, like: 'Why did I do that? Oh, damn,'" she says. "It's something where people are so proud to be here, not only do they come back, but bring their friends back."

PHOTO GALLERY
Welcome To The Cherry Patch Ranch
Download
Calling all HuffPost superfans!
Sign up for membership to become a founding member and help shape HuffPost's next chapter
Join HuffPost
Lisa Capretto
OWN
Suggest a correction

Where Are They Now? OWN Video Own Oprah Winfrey Network Dennis Hof's Love Ranch 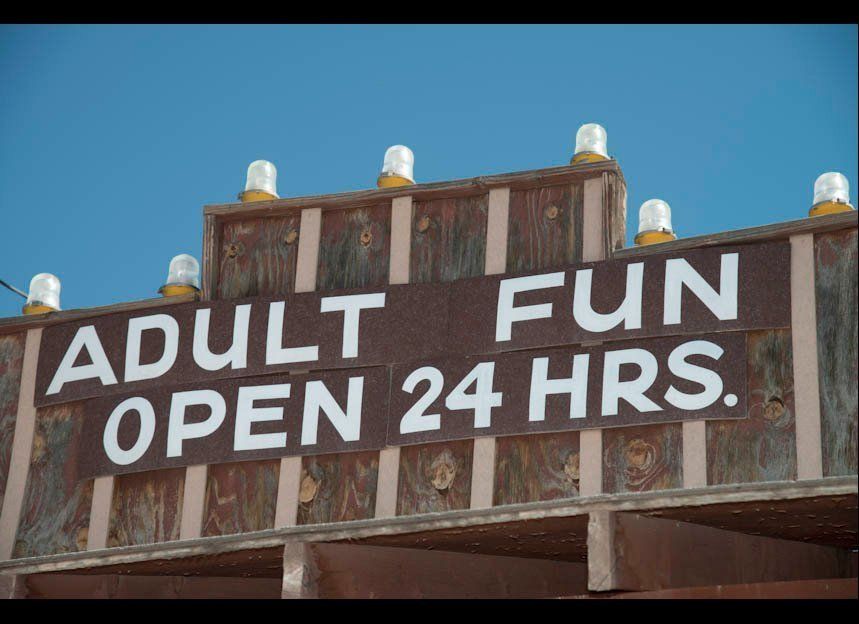