You can't go a single day, it seems, without seeing Heidi Klum's familiar, smiley (or not-so-smiley) face on the cover of a magazine or website. Yet the famous blonde wasn't always so recognizable -- in fact, she used to be a brunette.

Klum tweeted a photo of herself just yesterday, writing "Wow! Check out this picture from 1992. One of my very first photo shoots. This is my original hair color!" The photo shows Klum posing on a kid's bed piled with stuffed animals and several creepy dolls. It also shows her with voluminous brown waves that just scream "1992."

Considering Heidi often appears, well, perfect, it's nice to see she had a less shiny, blonde past. Then again, even in 1992, she was still more gorgeous than the majority of human beings.

Check out her pic -- do you recognize the model?

Wow! Check out this picture from 1992. One of my very first photo shoots. This is my original hair color! http://t.co/ezDoaI5b 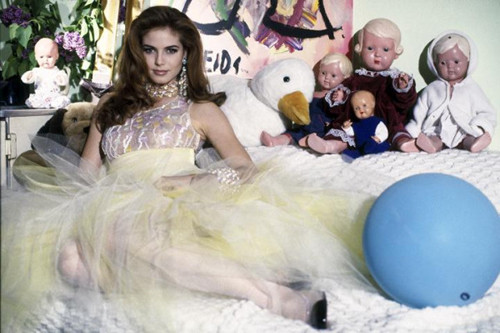