Angelina Jolie kicked things off for the slits at the Oscars, but celebs have taken on the trend in earnest over the past several weeks. In the other corner we've got sheer, which stars have embraced so heartily that accidental wardrobe malfunctions have now been replaced by seemingly purposeful ones.

So who's winning? If last night's amfAR Gala was any indication, the sheers have it. Heidi Klum stunned us in a mint green, head-to-toe sheer lace confection that revealed her entire figured (although it looked like there was a bodysuit of some sort underneath).

Karolina Kurkova trailed Heidi in a spangled Roberto Cavalli gown, worn just as it was modeled on the runway, and daring fashionista Anja Rubik kept things risque as ever in a black burnout dress.

So after a strong showing for the slits throughout Cannes, the sheers win it at the amfAR Gala. But Cannes is still going on (is this the longest film fest or what?), so there are even more red carpets to go... 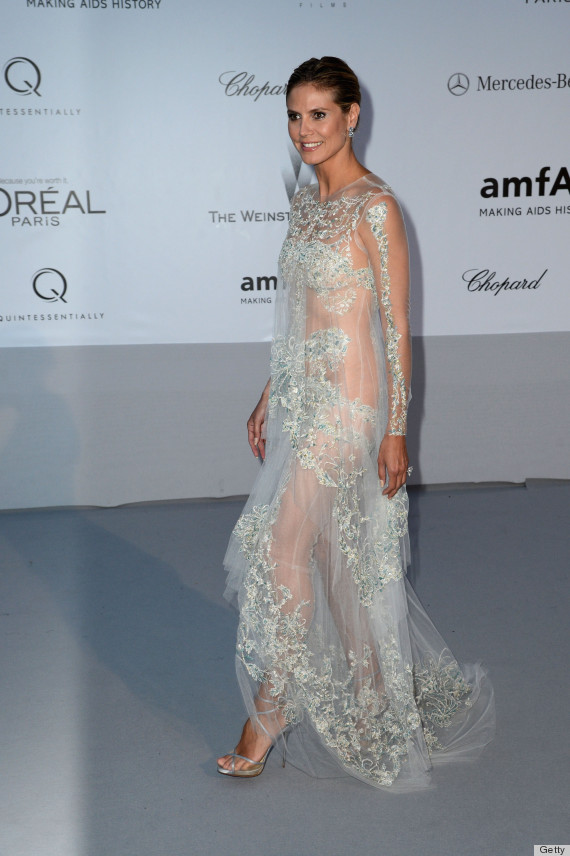 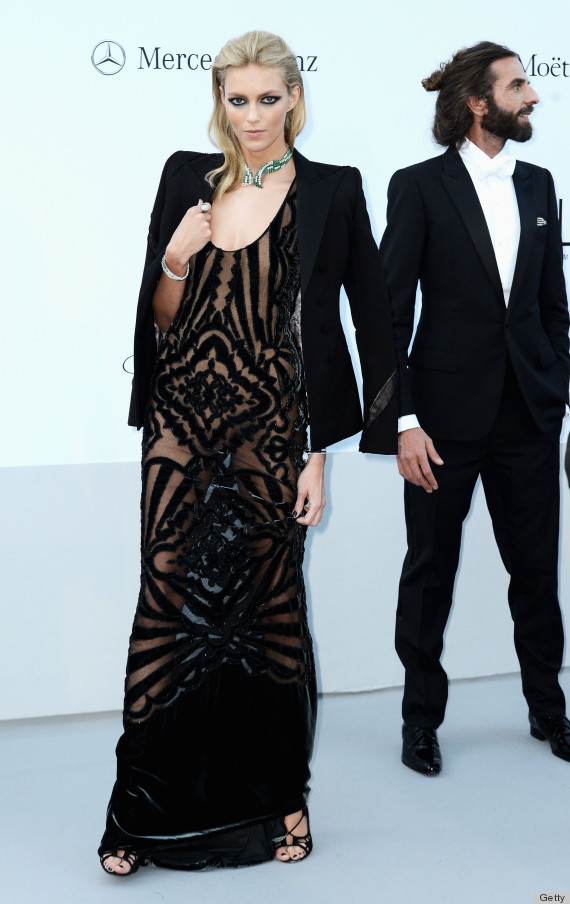 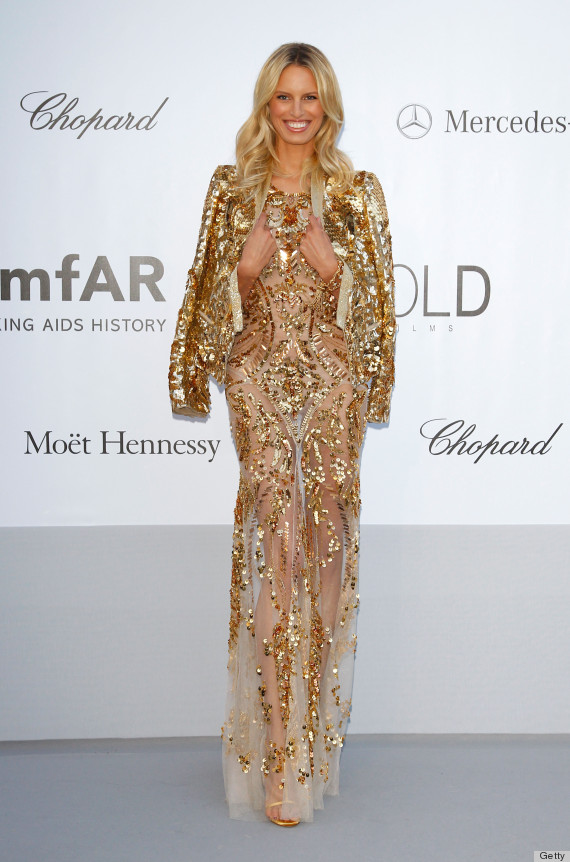 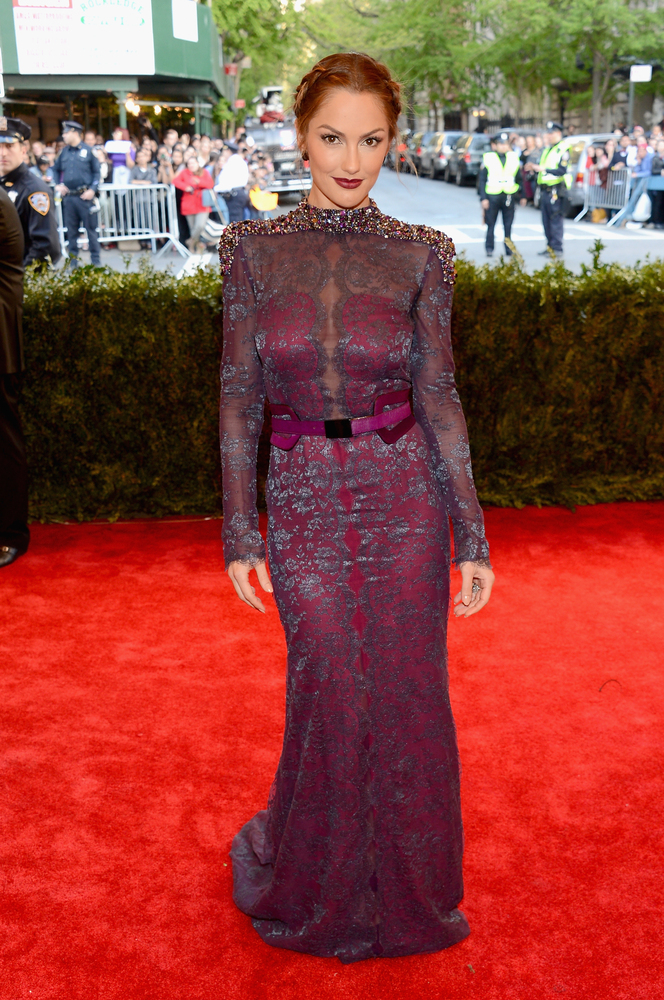