The newly-not single Heidi Klum made a splash on the Emmys 2012 red carpet, bringing back the thigh-high slit in a big way. As she told Ryan Seacrest, she "likes a high slit." Obvi.

The "Project Runway" star, whose show is in its tenth season, went the bombshell route in a sky blue Alexandre Vauthier Spring 2012 Couture gown. When originally shown on the runway, the dress was entirely sheer on the bottom (we could see the model's nude panties). Klum gave it an update with an opaque panel in the center, loincloth-style, but left her legs (and her Charlotte Olympia heels) showing. Hey, with gams like those...

But that slit! You know how we feel about those dangerously slashed dresses, leaving us torn about Heidi's overall look.

Check out the model-turned-mogul below. 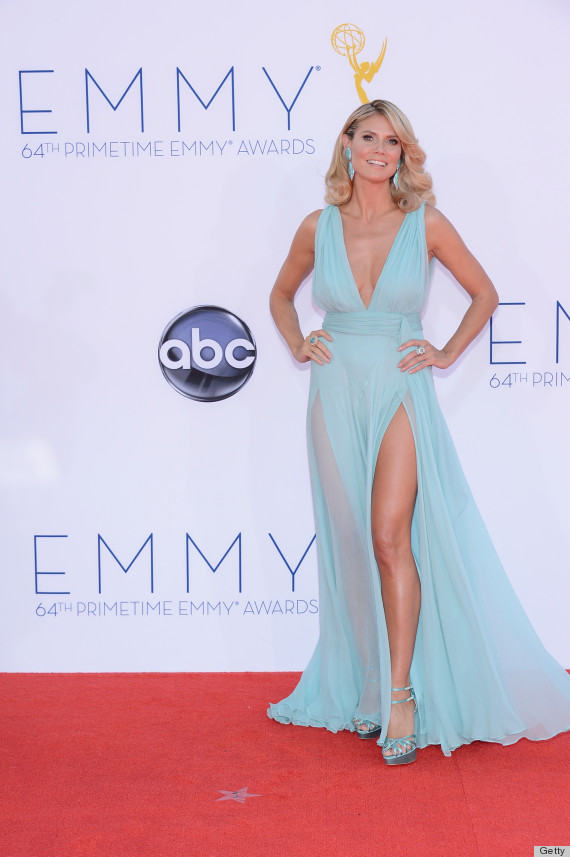 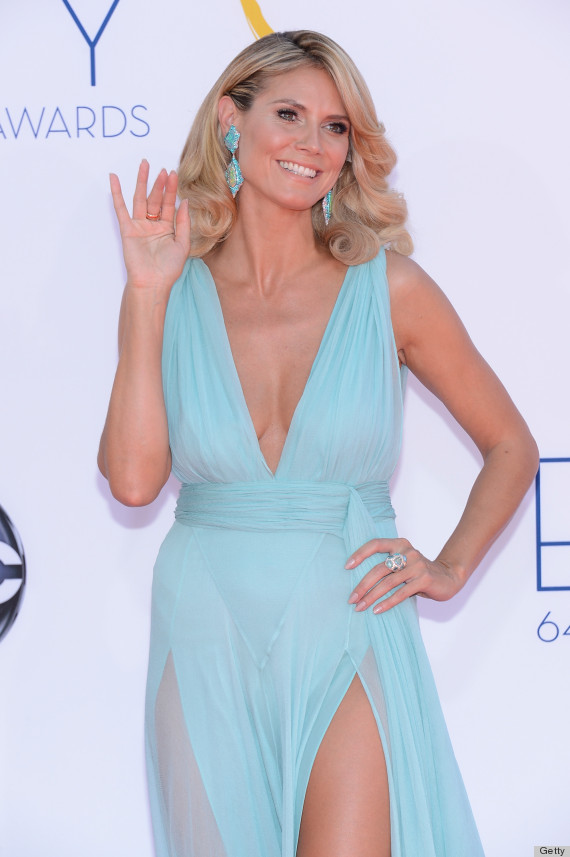