Heidi Klum did not fail to impress at her Saturday night Halloween bash.

The model, who gave the world a sneak peek at her two intricate costumes last week, showed up to her Las Vegas fete (the first of her two Halloween parties) in a "dead body" costume -- and it was just as creepy as it sounds.

Klum told People, "It's kind of like a dead body with the first layer of skin ripped off... It's basically like me naked."

She added, "All my veins and blood will all be visible -- you don't feel quite naked with it because it is so colorful."

Indeed, all her blood was visible -- plus a little extra. Klum was wheeled onto the red carpet of her party on a gurney, covered with a blood-speckled white sheet. When lifted, Heidi's red-muscled, sinewy, full-on dead body was revealed (and posed for red carpet snaps, of course).

Check out pics of Heidi's (literal) body suit, including her bony foot platform shoes, below. Is this costume super cool... or just super yucky? 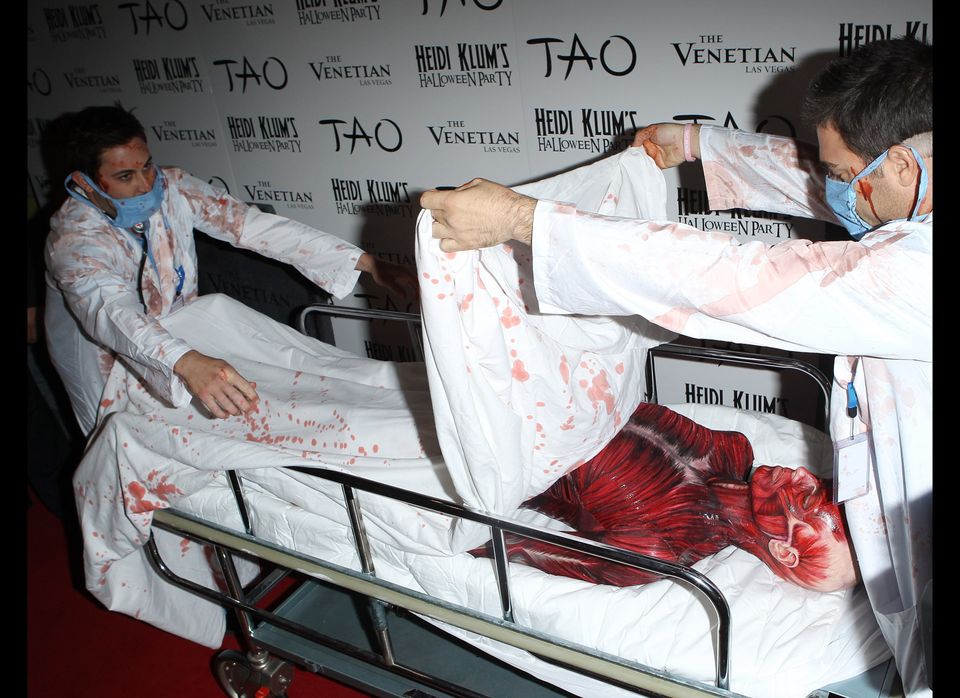