On Thursday night at the Chateau Marmont for the the launch party for Roland Mouret's Rainbow Collection for Net-A-Porter, Heidi Klum showed off a post-baby body that was even slimmer than the one we saw at the taping of the Victoria's Secret fashion show three weeks ago.

Also on display: Klum's arm tattoo, which reportedly is her husband Seal's name and stars for each of her children. It looks like she wasted no time adding a fourth star for her fourth child, 2-month-old daughter Lou Sulola Samuel. You can see pictures of Lou HERE. 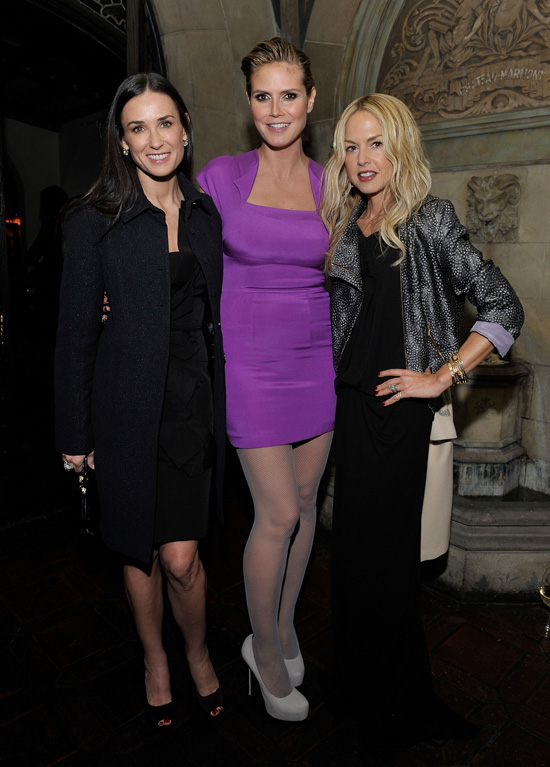 With Demi Moore and Rachel Zoe