If you thought that rumors of Suri Cruise's lipstick ban would mean an end to playing with makeup for all celebrity children, let us offer you some evidence to the contrary: Heidi Klum's daughters wearing bright red lipstick.

The "Project Runway" host took 2-year-old daughter Lou and 8-year-old daughter Leni to the Children's Museum of Arts in New York yesterday, but she decided to let them play grown up and paint their lips in what appears to be the very same crimson shade that she wore herself that day. And we have to say, the color really suits all of them.

Even though makeup on young children is a bit controversial, we think Heidi and her youngsters look kind of adorable -- they were going to a birthday party after all, so why not veer a little playful? What do you think of the mom and daughter matching lipstick? 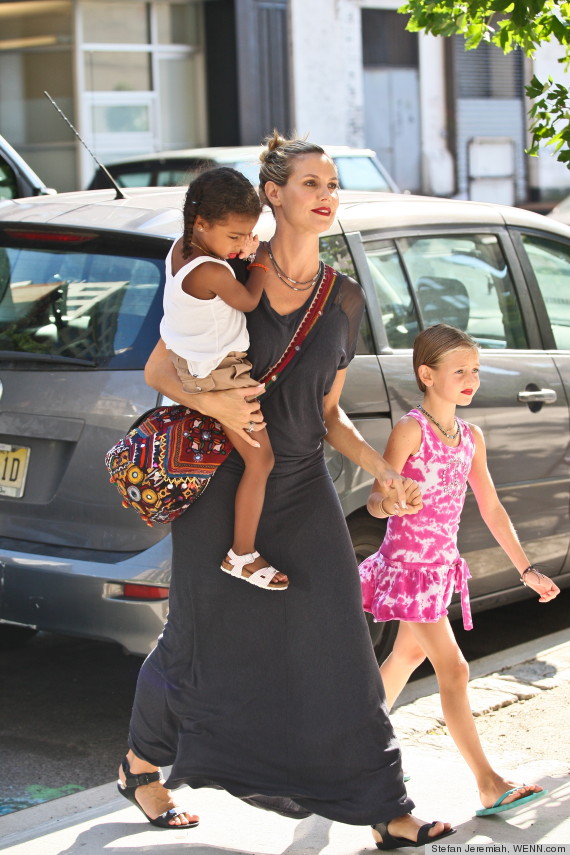