While I wasn't paying attention, good ol' relationships -- once called romances, loves, marriages or hot steamy affairs -- are now dryly called "gender relations." That's at least what a British newspaper wrote in the latest "scandal" -- which was one of those manufactured "shocks" right out of the ongoing battle of the sexes.

"Hands-off-Helen" (Mirren), a Dame and a certified feminist with usually very clever and measured things to say, got all iffy and bristly last week when she expressed a strong distaste for snug embraces. "When I see men with an arm slung around their girlfriends' shoulder, it's like ownership," she said.

But then again, she's British....
http://www.telegraph.co.uk/men/thinking-man/11863757/Is-it-now-sexist-to-put-your-arm-around-your-girlfriends-shoulder.html

The public display of affection (and emotion) is apparently a dicey topic. There is a difference in judgment, depending on who feels entitled to lay down the law and determine who embraces whom, when, why -- and how hard!

Locked lips -- and worse -- tongues diving into each other's mouths in public, is much less tolerated and can evoke even disgust (remember Al and Tipper Gore?). However, when George Clooney can't let go of Amal, or Brad of Angelina, or even when Helen's husband, Taylor Hackford, puts his hand around her waist, nobody seems to be too bothered. So something must have ruffled Helen's well-groomed feathers.

Generally speaking, I can see what Helen means, though, because she has a point. Men's arms around women are indeed not always the same. In fact, we have seen men who have their beloved or betrothed look sometimes like a victim of domestic supervision, in such a tight grip that we fear that his fingerprints will remain on the women's poor shoulders or arms for a full week. A real possessive and downright objectionable grip is the one where the man has his full hand around the back of the woman's neck in what looks like a leading of a lamb to the slaughter. That one gives me the creeps.

Since we're also discussing gender politics here, how about fairness? How about if a female is the relentless embracer? Is that politically correct or a double standard? And, come to think of it, isn't that even more often the case? In the universe of gestures, men tend to be more the grabbers but women are the biggest huggers, snugglers and clinging vines that are hard to escape. We all have seen on more occasions than we care to, mostly at parties, women holding on to their man with an iron grip as if their lives depend on it, which it probably does. In simple women's property-speak, made for other women only, that bossy gesture means: "Hands off, bitch, he is mine and mine alone."

So this hectic search for the daily indignity rendered by unlimited "sexism" that seems to be rampant, is really all about style, taste, etiquette, interpretation and zeitgeist. How often have I heard in the past from girlfriends who complained bitterly that their boyfriends or husbands did not put their arms around them in public? Come to think of it, my Mom used to tell her daughters that my emotionally impaired father showed little affection at parties and that she felt slighted and like an unattached stranger.

To be sure, there are some fierce fondlers and gruesome gropers amongst the male population, and even otherwise nice boyfriends or husbands suffer occasionally from that affliction. But that is something that can be remedied by a swift elbow poke to the ribs or a skillful shoulder-shrug, accompanied by a firm "stop it!"

There is still a big difference between idiotic, uninteresting, misogynistic, dim or smarmy men -- and brutes and sex offenders. And a tight embrace of two people who've actually met before and enjoy going out together is NOT violence against women, unless done in a hold-up.

And while I read the long and exhausting list of the ever growing gender-mishaps that can happen at any given moment, followed by an earth-shattering outcry and hullaballoo from the "PCPS" (PC-Police Squad), I feel a sense of longing coming on with unexpected strength. I'm starting to pine for freedom and old-fashionedness all the way, for a time when you yourself called the shots for what is appropriate; you decided where, how and who you kissed, embraced, groped and even nipped -- to your heart's content.

The world can be a hellish place, and we all quiver sometimes under its burden, intensified by the relentless x-ray-stares of gadgets and people. I don't know about you all, but throwing your arms around somebody, or having arms around you, is one of the more glorious, comforting, warm, sexy, intimate feelings under the sun. It is the perfect human security blanket.

So, Dame Helen, look the other way if you don't like it.

Can We Please Grab, Grope And Hug, Helen?
Post50s With Long Hair 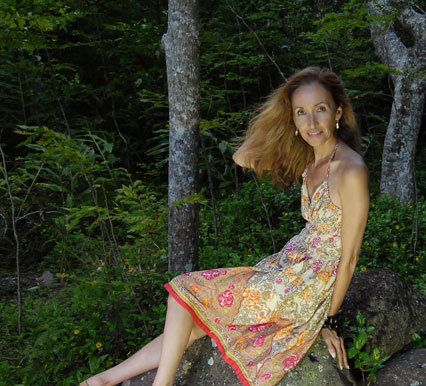