Note: This post contains nudity and thus may be inappropriate for work.

Sometimes all the special effects under the sun can't yield an image as gutturally unnerving as a nude pair of nylon tights.

If you need further convincing, just check out the work of photographer Helen Sobiralski, who uses sheer pantyhose to transform naked models into hybrid creatures, appearing to be trapped in some sort of cocoon or primordial goo. It's simultaneously bone chilling and oddly beautiful. 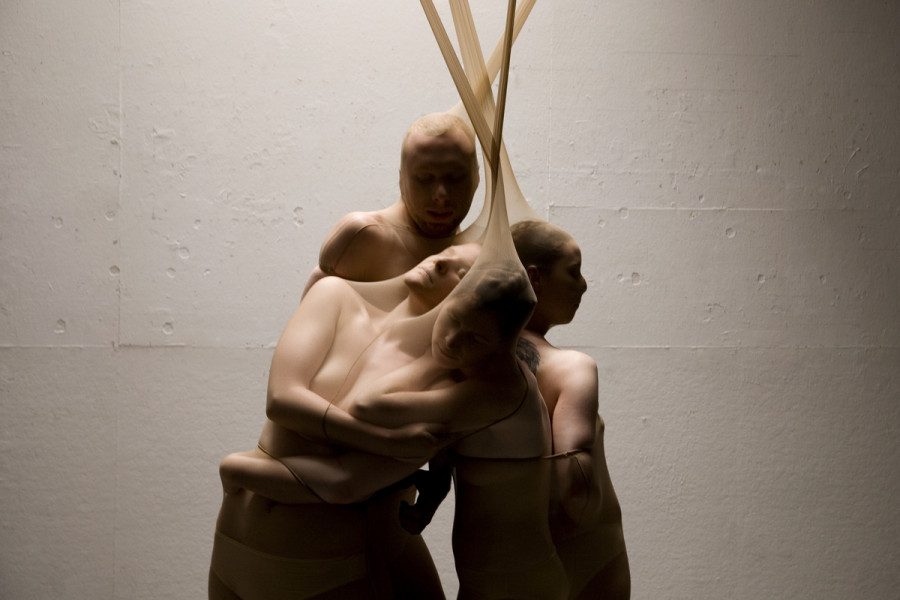 The photography series is titled "Teint," which stems from the French word for complexion, tint and dye. Nude models, male and female, donning only tights of the same hue, wiggle and writhe like souls in Hades, desperate to connect yet trapped in their individual webs.

"The idea emerged out of the task to use only the simplest mediums to stage a series," the Berlin-based photographer explained to The Huffington Post. "I intended to dissolve the individuality of the models, to reduce them to their corporeality and, as a result, to enhance it that way."

To achieve this eerily staggering effect, Sobiralski enlisted the kinds of pantyhose you might find at a pharmacy or department store. As the artist explained, "once [the models] slipped in and got attached to each other, they began to move and things took on a dance-like life of their own. Through the interplay of the different skin colors, from light and shadows emerged these miraculous hybrid creatures."

Sobiralski's flesh-colored nightmares will keep you up at night and still leave you hungry for more. Take a look below and let us know your thoughts in the comments.