Does the name Helena Bochořáková-Dittrichová ring any bells? If you call yourself a lover of literature or graphic novels, it should. She's the mind behind Z mého dětství (From My Childhood), considered by many to be the first wordless novel written by a woman. Created in 1929, the Czech publication is filled with stunning woodcuts and dark graphics that represent a mesmerizing piece of art history. 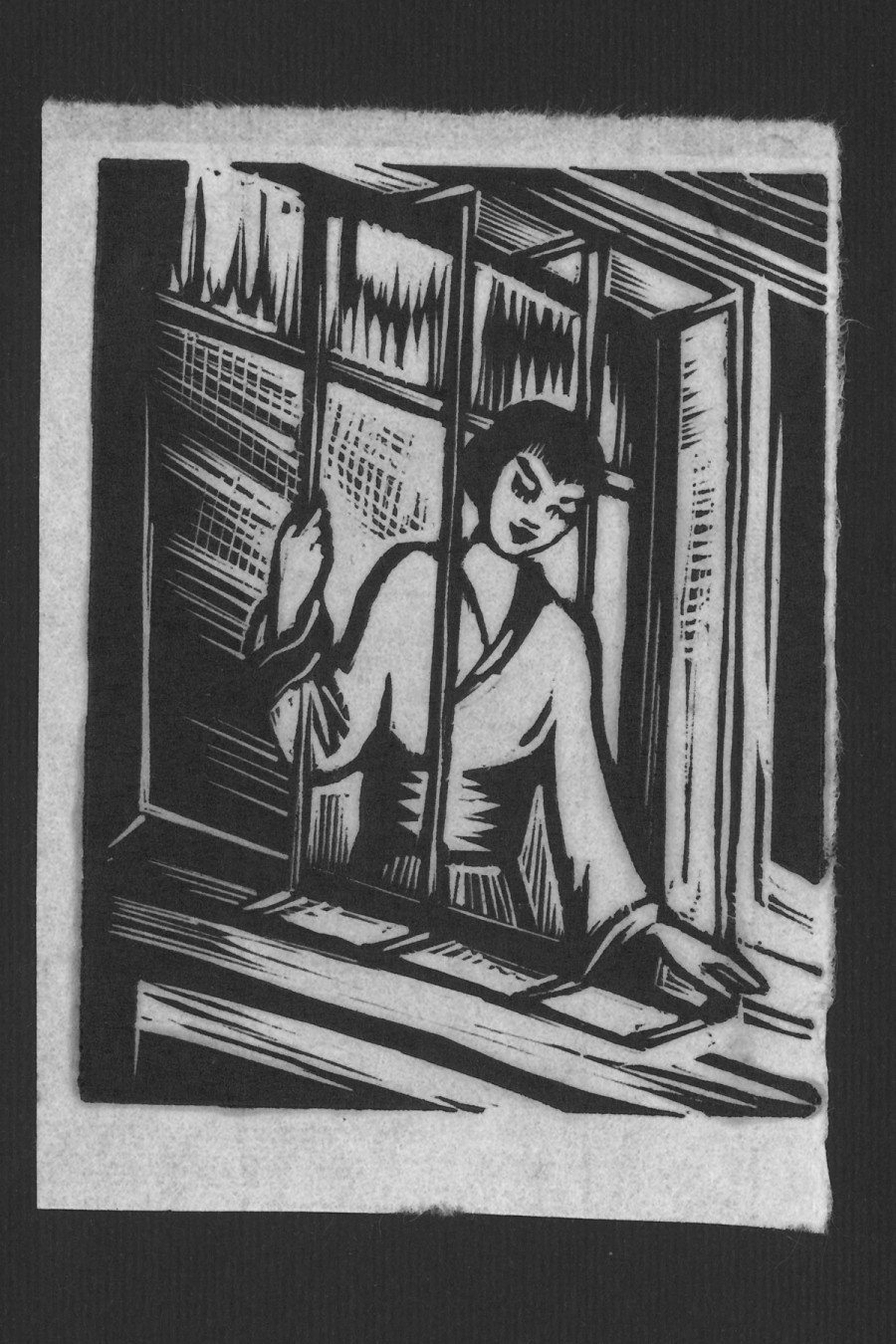 Helena Bochořáková-Dittrichová, untitled woodcut from Malířka Na Cestách (The Artist on her Journey), n.d., 4.25 x 3.125 in., National Museum of Women in the Arts Betty Boyd Dettre Library and Research Center

Graphic novels emerged in the 1920s in Europe, so Bochořáková-Dittrichová was among the first writers, period, to turn to graphic narration. Little is known of the female trailblazer who passed away in 1980, but an exhibition at the National Museum of Women in the Arts is aiming to change that. In a show, appropriately dubbed "The First Woman Graphic Novelist: Helena Bochořáková-Dittrichová," the museum is paying homage to five of the artist's published novels, as well as her unpublished work Malířka Na Cestách (The Artist on her Journey), a seemingly autobiographical book containing 52 woodcuts that tell the story of a young woman artist studying abroad.

While the NMWA is mum on Bochořáková-Dittrichová's bio online, the National Endowment for the Arts provides some background information: Bochořáková-Dittrichová discovered woodcut novels while studying in Paris. It was there that she stumbled upon the work of Flemmish artist Frans Masereel, a man who, throughout his career, created 20 wordless, woodcut novels. Masereel's work, characterized by social critique and expressionist forms, is thought to be the inspiration for Z mého dětství, which details the "sheltered, middle-class" childhood of a female character.

Bochořáková-Dittrichová's larger body of work references starker topics, from oppression to capitalism. "Her subsequent work further expanded [graphic novels'] scope, focusing on history, religion, and impressions of other cultures," Rebecca Gross writes. "As a result, Bochořáková-Dittrichová quietly strengthened the case for topics such as domestic life to be seen as legitimate art subjects rather than as easily dismissed female fodder."

The exhibition will be on view in the Betty Boyd Dettre Library and Research Center, which is dedicated to illustrating and interpreting the history of women in the arts through the display of archival documents and rare books. “This was a burgeoning art form when she discovered it,” said Heather Slania, the director of NMWA’s library and research center, to Gross. “It's great that there's proof that there were women who were working in this very early art form. I'm hoping people will recognize her place, and the place of women at the beginning of things.”

For more on early graphic novelists, check out the work of Lynd Ward. And scroll through the images below for a preview of the NMWA show, on view until November 14, 2014 in Washington, D.C.