Whatever you call it, this Egyptian military helicopter certainly got more than it bargained for on Sunday.

Hundreds of thousands of protesters poured into Cairo's streets on the first anniversary of president Mohammed Morsi's election, some for and some against the embattled president. As tensions rose over the potential for clashes between the rival groups, Egypt's military dispatched this chopper over the presidential palace in Cairo.

But protesters were fully prepared to mess with the military aircraft, as evidenced by this photo: 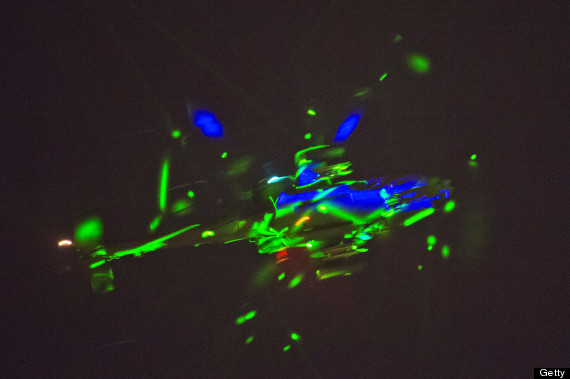 As the Daily Mail reports, laser pointers can prove distinctly dangerous for pilots.

"It’s equivalent to a flash of a camera if you were in a pitch black car at night," St. Louis Metropolitan Police Officer Doug Reinholz told the newspaper. "It’s a temporary blinding to the pilot and also to the tactical flight officer, whoever we are with."

No reports have surfaced of any technical failures for the helicopter. But rumor has it the pilot found a great after-party near Tahrir once the place cleared out.

Check out more photos of protesters lighting up the helicopter in the slideshow below. 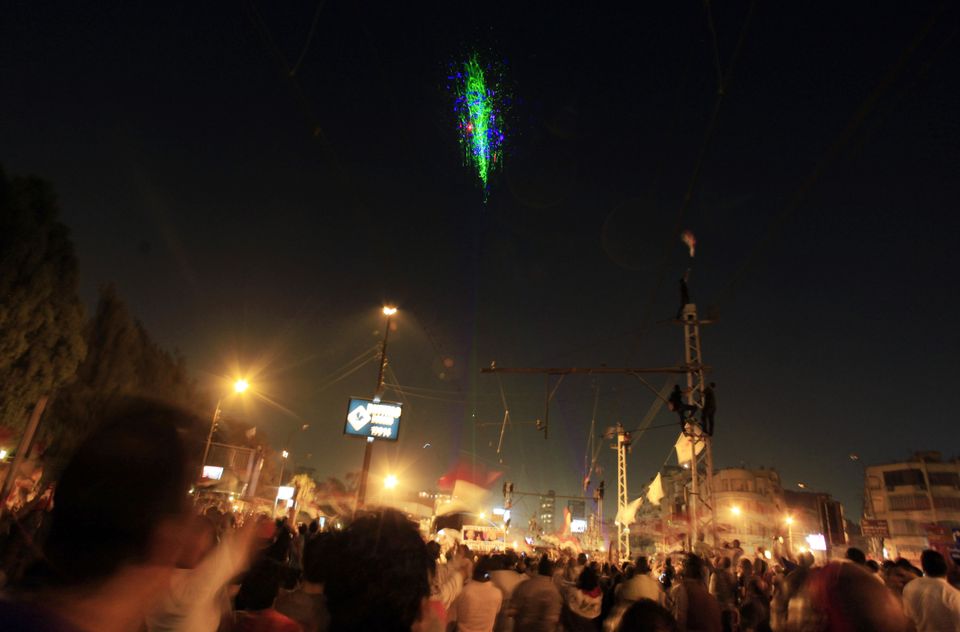