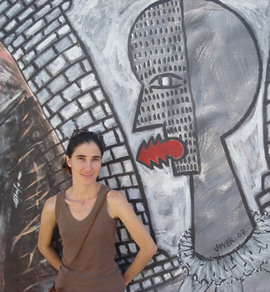 I am a Cuban blogger, even if it seems a bit contradictory to post on the web while living in a country with one of the lowest levels of connectivity on the planet. It all began on a humid and boring day in April, 2007, and now my blogging mania has changed my life. At first I did it as a kind of personal therapy, using my blog to throw out a set of personal stories accumulating day by day, a way to write all those things that are never reflected in the official newspapers on the Island where I live. Nevertheless, Generation Y has become a phenomenon involving thousands of people, a true public square where dialog takes place.

This space that I have on Huffington Post will be nourished in part by the texts published in Generation Y, and by others written especially for Huffington Post readers. Sadly, my limited access to the web doesn't allow me to interact directly with my readers here, but my friends do send me the comments you leave for me. Without the invaluable assistance of MJ Porter--who translates and posts this blog--my message in a bottle would never come to your eyes. And without the support of the citizens who read me and protect me from the censors who lurk, lying in wait for their prey, the thought of publishing here would be only a melancholy desire.

I invite you, then, to observe, through the spectacles of my subjectivity and my opinion, this Cuba of fears and hopes, of scarcities and laughter, of political discourse and indifference, where I am called on to live my life.

Translator's Note:
To date, Yoani's posts on Huffington Post have been taken directly from her blog, Generation Y, which, despite the fact that the government blocks web access to it from the Island, she determinedly writes for her fellow citizens. But about 30% of Yoani's readers come from the U.S. and many of the things she talks about are unfamiliar, particularly to those who are not Cuban-Americans. What is everyday life really like for Cubans on the Island? How does the dual monetary system work, where people get paid in one currency but must buy what they need in another? How do 30,000 Cuban doctors get sent to Venezuela in exchange for oil? What do young people, with no money, do for entertainment?

Starting today, Yoani will begin a series of articles, written exclusively for Huffington Post readers, that will address these and other issues in the same way she writes her blog--that is through brief stories of everyday life--but written for readers who might be unfamiliar with the Cuban reality.

At the same time, we will continue to post the English translation of Yoani's blog here, where Yoani already seems to have attracted a devoted readership. With that, please forgive this long footnote, and now I, the translator, will once again get out of the way and continue to let Yoani speak for herself.