As we salute the memory of Mike Wallace -- it's a little known fact that among his many notable accomplishments, he was the first American to introduce the Beatles on U.S. TV.

Before Ed Sullivan introduced them live on his CBS variety show on Sunday February 9th 1964...

Before Jack Paar introduced a film clip about them on his weekly NBC entertainment show on Friday January 4th 1964...

Before Walter Cronkite introduced a news story about them on his CBS evening newscast on Tuesday December 10th 1963...

Mike Wallace actually beat them all to the Beatles punch.

Not that he remembered it.

Because just two hours after he became the very first person to introduce American TV viewers to the Beatles via a five-minute film story about the phenomenon of Beatlemania sweeping Britain -- something rather more newsworthy occurred. 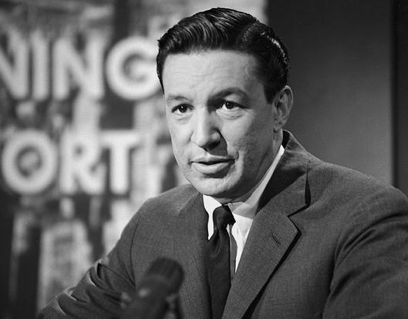 For the day that Mike Wallace scooped Sullivan, Paar, Cronkite, Brinkley, Huntley and every other American TV host by presenting a film clip of the Beatles on his mid-morning show CBS Morning News With Mike Wallace was... Friday November 22nd 1963.

The tragedy of President Kennedy's assassination naturally meant that everything else that happened earlier that day was of zero consequence. And as the world mourned JFK and became engulfed in the awful news, the light-hearted story that Mike Wallace had presented just two hours earlier faded very rapidly.

Wallace himself forgot all about it.

But 18 days later one man DID remember it.

Cronkite was looking for a way to lift the spirits of the devastated American public with a cheerful segment. And he recalled the film clip that Wallace had introduced on his Morning News show that dreadful Dallas morning. The clip had originally been intended to be repeated that same night (November 22nd) on Cronkite's own newscast. But of course the regular Nightly News was preempted by rolling news coverage about the assassination.

Cronkite decided to resurrect the story and on Tuesday December 10th 1963, he re-aired the sparkling five-minute film clip of the Beatles enchanting their British fans. To a nation still reeling from the massive emotional trauma of JFK's assassination, the exuberant optimism of the Fab Four offered solace and the glimpse of a New Beginning. The film clip triggered an astonishing chain reaction that kick-started Beatlemania in the USA. The Beatles would have happened in America anyway of course. But the velocity and magnitude of their American breakthrough sprang from that Walter Cronkite news story. The one that Cronkite saw Mike Wallace introduce...

As so many of his colleagues and competitors would discover over the years -- Mike Wallace got there first.

So... Hello Goodbye Mike Wallace. And thank you.

FASCINATING FOOTNOTE - WHAT THE BEATLES WERE DOING IN BRITAIN AT THE EXACT SAME TIME THAT MIKE WALLACE WAS INTRODUCING THEM TO AMERICA -- THE DAY THAT JFK DIED...

On the day that Mike Wallace gave the the Beatles their American TV debut, the Beatles were far away in England and blissfully unaware of the existence of Mike Wallace -- and of the tragic events in Dallas that changed the world. 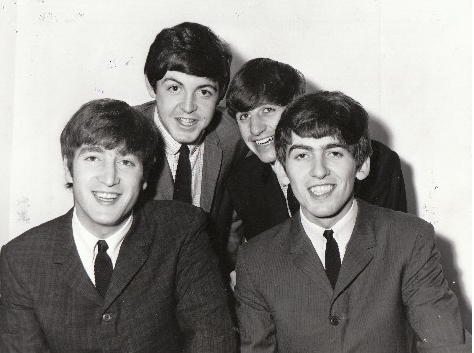 The Beatles in November 1963

They played two concerts that night in a theatre called The Globe in a little town in the north-east of England called Stockton. The first concert started at 6.15pm GMT and the second at 8.30pm GMT. 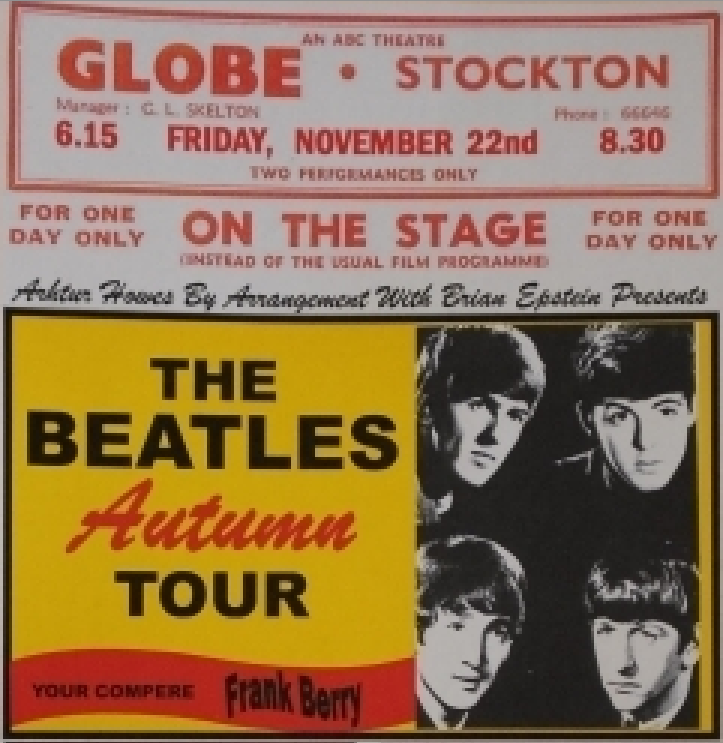 Kennedy was shot at 12.30pm Central Time and the news was first announced on British radio and TV as a news-flash approximately thirty five minutes later at 7:05pm local time. But regular radio and TV programs were not immediately preempted. And in those far-off days of very limited British radio and TV, and before cell-phones and the internet, it is highly doubtful that the Beatles were made aware of the tragedy until after they completed their second show that night. 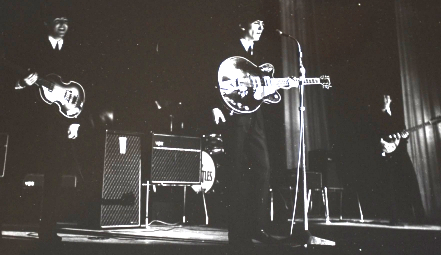 The Beatles on stage the night of Friday November 22nd 1963

The Beatles had been focused all that day and night on the release that day of their second LP (long-player) - the album titled With The Beatles -- with its iconic cover photographed and designed by Robert Freeman. Just two months later that same cover would be re-purposed by the Beatles' new US label Capitol Records for their debut US album Meet The Beatles. 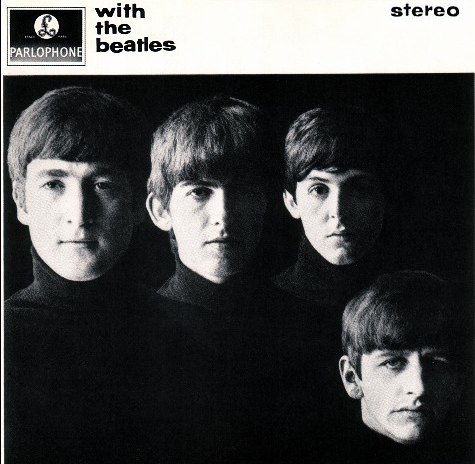 The five-minute film clip presented by Mike Wallace that introduced the Beatles to the USA on Friday November 22nd 1963 -- and again when presented by Walter Cronkite on Tuesday December 10th -- has survived. But alas the introductions by Mike Wallace and Walter Cronkite no longer exist. The film clip can be seen on YouTube. Please note that the well-intentioned fan who posted the clip has erroneously dated the clip as November 21st 1963. But all the historical records -- including those of CBS News -- confirm definitively that this film clip aired on Friday November 22nd. Just two hours after America first met the Beatles -- the world lost John F. Kennedy. Hello Goodbye...