There were so many people lining Massachusetts Avenue that I could hardly walk around. I had invited several close friends, all from different social circles, and every one of them showed up. This was an occurrence that I wasn't used to: All sorts of people from every walk of life made sure to make time to come to this event. The excitement alone, from my camp and from everyone else around us, pulsed off the sidewalks and into the rainbow- and glitter-coated streets. This pleasantly toasty Saturday with feverishly enthusiastic crowds was the annual Circle City IN Pride Festival 2014 in Indianapolis.

The Pride parade in the Circle City wasn't always the elaborate affair, known for its colorful entertainment, playful promotions and hordes of loving attendants, that it is today. But there has been some form of local Pride event since the early 1980s; the first notable one was a small gathering for dinner at the Essex Hotel, where participants entered wearing masks so as not to be identified.

Since then the Pride festival has gone through a drastic evolution. This year the closing events of Pride week, specifically the parade and the ensuing festival, flooded downtown Indianapolis in waves of rainbow strips. Robert Bullock, a committee member of Circle City IN Pride Parade and Festival for the past six years, explains:

Pride in Indy has grown exponentially over the past decade. For me this has been exciting time. I would say the CCIN Pride Festival and Parade structure has become much more professional. Planning is now almost a year-round process with a much larger committee structure. Most people are shocked to know we have events spread out over an entire week and then some. The vast majority of our events are free and most are all age events as well. As the attendance at all the events has grown over the past few years it has truly opened my eyes that there is a much larger LGBTQ community than we realize[d].

According to Bullock, the event is also a sign of changing times:

Being old enough to remember Stonewall and the turbulence of the '70s, it is the opportunity to finally be out in the open about who we are without being shamed or feeling shame. I often remind others that we are a very diverse group, and if we want general acceptance, we have to accept ourselves also. I think the events we have here in Indy help us recognize our diversity and accept each other a little more.

I have spoken with many people who feel that a Pride parade in the Midwest probably features a tightknit group of folks from the local LGBTQ community only -- and that it's sure to draw groups of angry protestors. That was certainly not the case here. This public function was all about celebrating love and diversity among families, significant others and complete strangers.

Bullock speaks to the growth and acceptance within the local community:

You only have to look at the growth in sponsorships over the past few years to answer that. My first year [on the committee] we were thrilled that we had $20,000 in sponsorships. This year we were over $100,000, and that included companies like Macy's, Chase, BMO Harris, Honda, PNC, Lilly. We did not get that kind of public support in the past. I am also thrilled to see so many allies come to the events and bring their kids with them. They are teaching such valuable lessons about love and tolerance, and it truly fills me with hope for the future.

The parade ended where the festival was to begin. Droves of people patiently waited to enter the grounds, and many gave an optional $5 donation. With many supporting businesses hosting booths, two live music stages and tons of mingling, the festival continued the vibrant positive energy into the grounds to rejoice the rest of the day away.

While every event has its growing pains and bad apples, some attendees really stand for positivity. So no matter what you think your local Pride week might look like, check it out. You might be amazed at the experience! 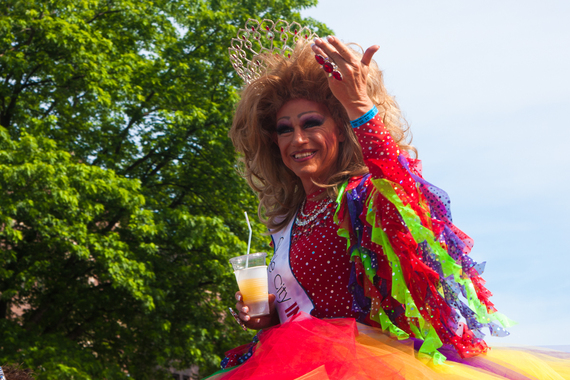 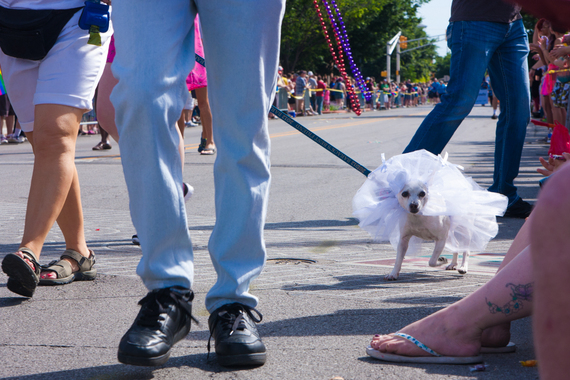 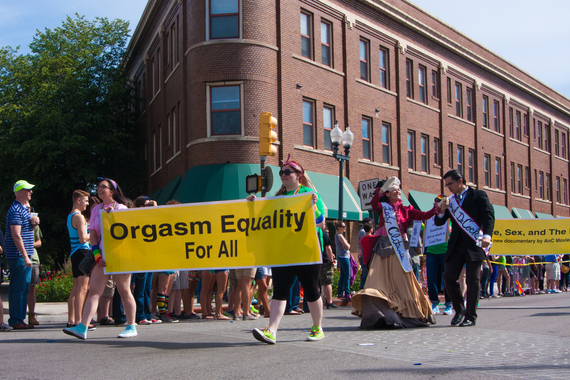 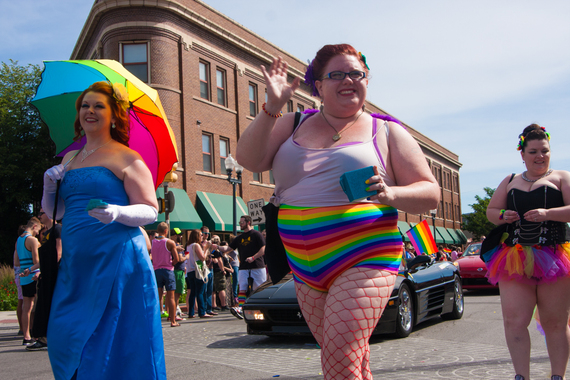 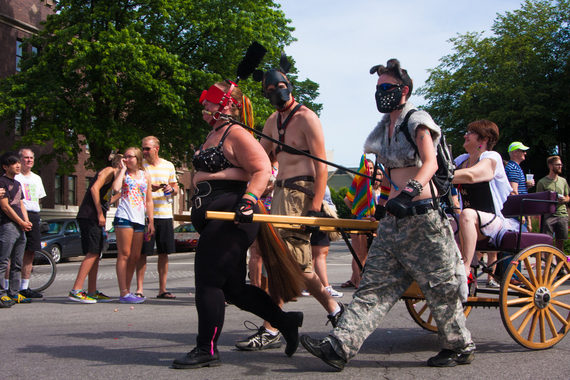 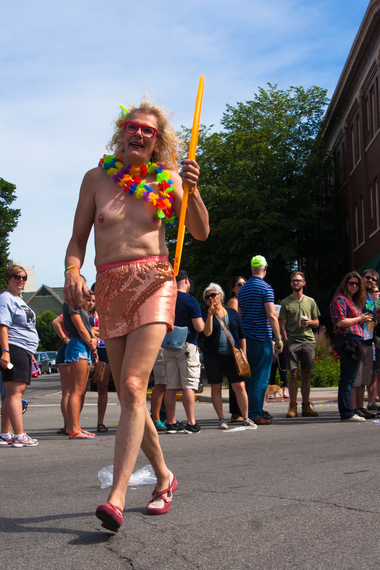 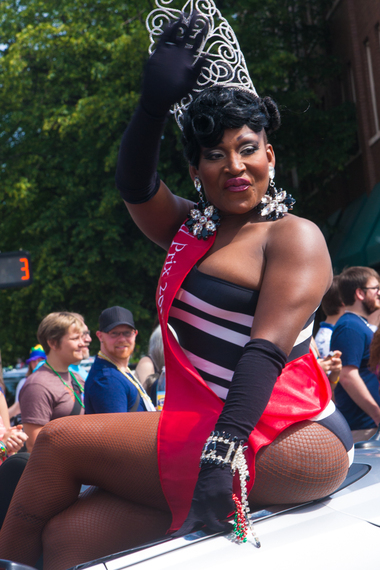 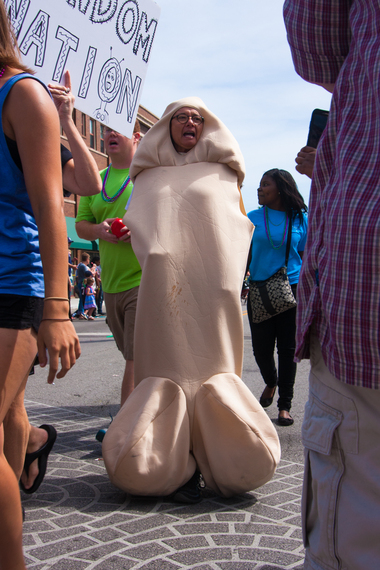 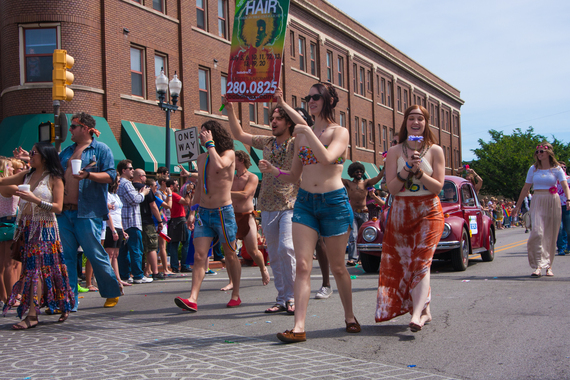