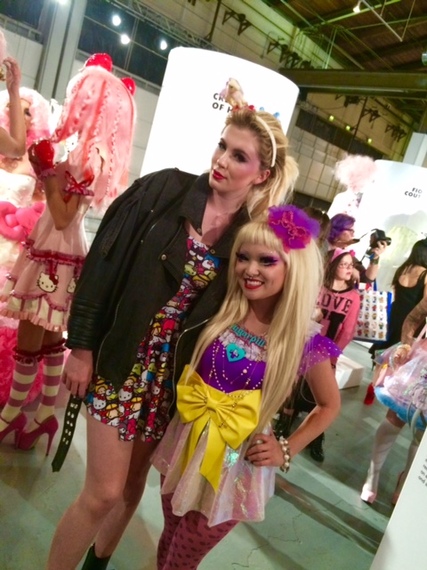 Last night in Los Angeles, Hello Kitty got her Hollywood close-up with the first ever Hello Kitty Con convention in the world. The Sanrio character, who has recently hit 40 (over the hill in Hollywood years but eternal in the hearts of minds of her fans) hit the red carpet last night at the Geffen Contemporary at MOCA, surrounded by her cutie entourage, and throngs of beloved followers. 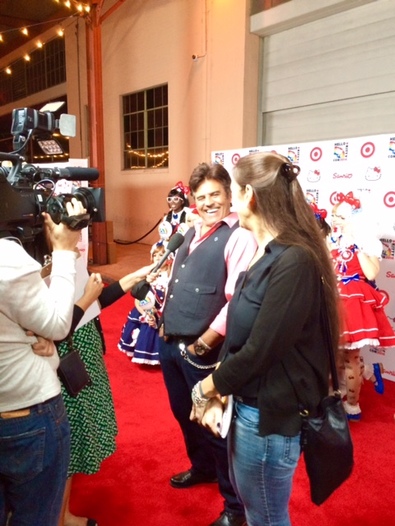 The word 'cult' really is the best way to describe the crowd who turned up last night - and will subsequently attend the three day fest (sorry it's sold out already if you were thinking about stopping by). It is often is only recognized in a negative light - but in reality, it means in the simplest of terms, 'devotion directed toward a particular figure or object.' That sentiment completely sums up last night's guest list. They eat, breathe, sleep and dress like their beloved HK. 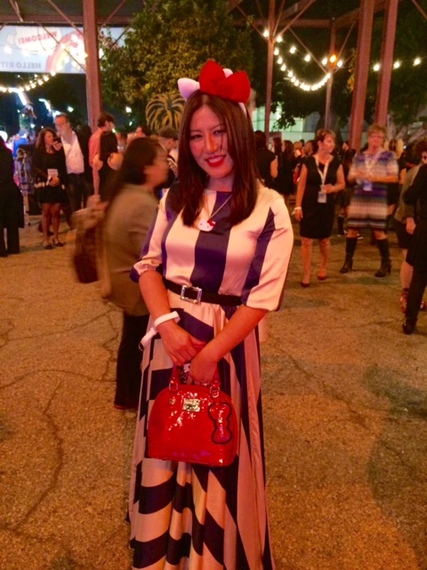 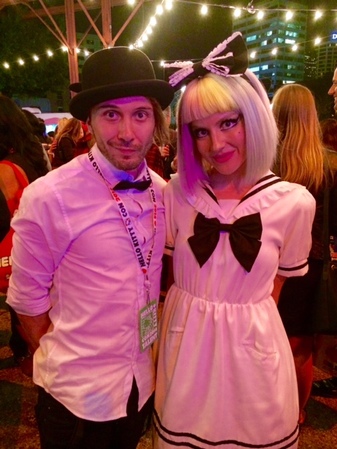 (Dandypunk and wife Carouselle, who are performing throughout the weekend at Hello Kitty Con.)

Art and fashion were a large part of the show (which is comprised of exhibitions, items for sale, a tattoo shop, and an arcade, courtesy of Target) as Hello Kitty has been a longtime muse to the creative set. In a section entitled, "Lovely Kitty Wonder" curated by Stephiee Nguyen, of JapanLA makes a fantastical statement about how Hello Kitty has influenced the fashion world. 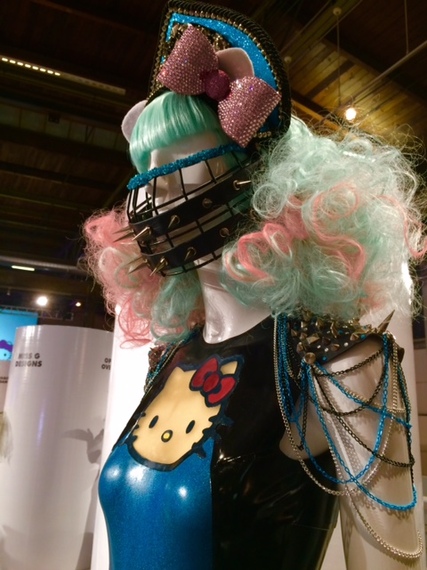 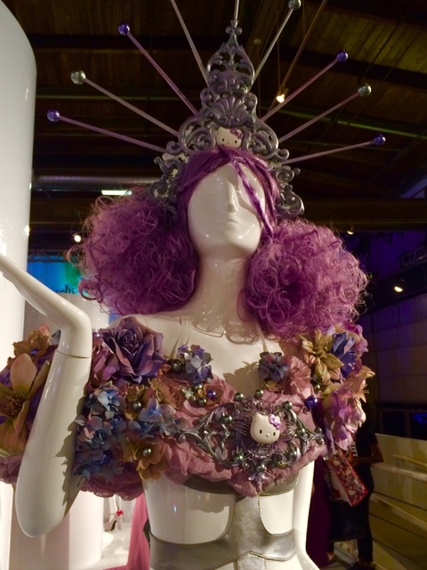 (A smattering of fashion action.) 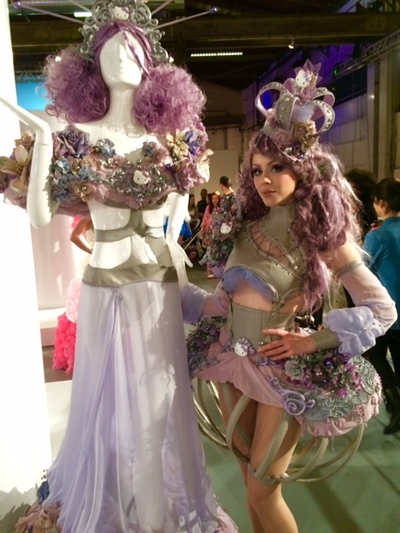 (Ophilia Overdose with one of her creations.)

On parade were a number of models (including Ireland Baldwin, but she was not part of the show) wearing a collection - or rather, a cotton candy coated series of confections - that ranged from glam princess to barely there. Yet at one point it became hard to determine just who was a model and who was a diehard Hello Kitty fan. 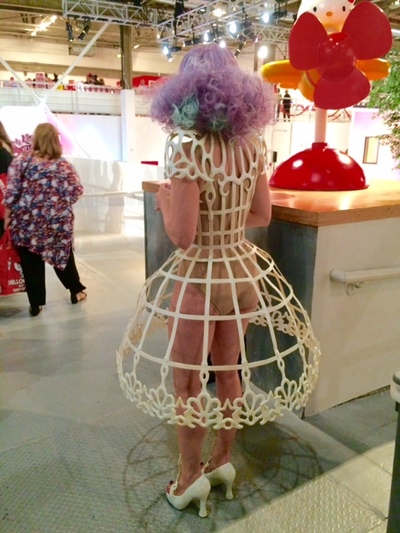 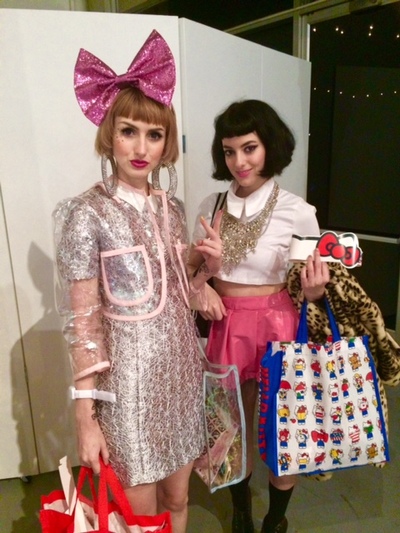 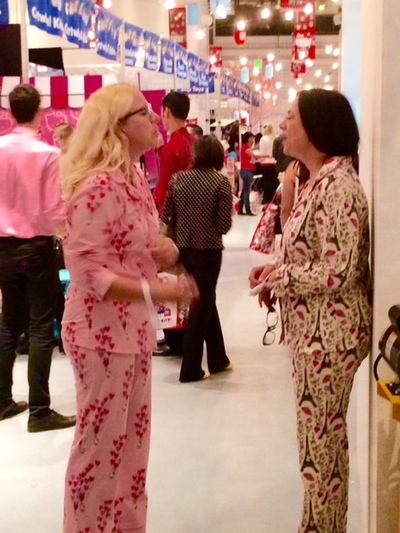