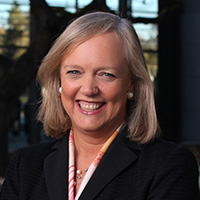 Note to Meg Whitman, CEO of Hewlett Packard, who is reportedly reining in telecommuting at the tech company and wanting "all hands on deck":

"Problems with collaboration and innovation didn't begin with remote work, they have been with us since the beginning of the modern workplace," says Ken Matos, director of research for Families and Work Institute.

Today, AllThingsD.com reported that HP is taking a page from Yahoo and requiring the bulk of their employees to work at the office.

The article cites an internal company memo that said:

The new policy is aimed at instigating a cultural shift that "will help create a more connected workforce and drive greater collaboration and innovation."

The move, according to the piece, "is being seen as part of a wider company turnaround effort sought by CEO Meg Whitman."

Yahoo's leadership said they made the move, in part, because of slackers.

According to an article on InfoWorld.com from earlier this year, usage of the company's server, know as a virtual private network, or VPN, was the issue:

[Mayer] discovered that remote employees weren't logging into the VPN enough. Low VPN usage means low remote-worker productivity, she concluded, which is at least part of the reason she decided to require all employees to starting showing up at an office.

"They stopped telework as a method of controlling seemingly unproductive employees under the more palatable guise of collaborative work," Matos explained. "I would not be surprised if we continue to see struggling companies declare an end to remote work in order to enhance collaboration when in reality they are trying to address issues of management in a global world by making that world smaller: a deeply flawed strategy."

But, according to Matos, "greater collaboration and innovation is a common explanation for providing less remote work options, however I have yet to see a single company provide a good working definition of what this new collaborative and innovative culture looks like, how they know that they don't have it already or how they will determine when they have achieved that culture in the future."

Even if the entire workforce was physically at the job, that doesn't mean employees won't be "siloed, uncommunicative and unimaginative."

Clearly, many employers see the value in allowing employees to work at home occasionally or on a regular basis. And clearly creating a flexible and effective workplace, aka a sustainable workplace, isn't just about telecommuting.

Today, the Families and Work Institute announced the top employers when it comes to creating workplace/workforce sustainability, and all of them see it as a boon for the bottom line.

Thankfully, HP and Yahoo are swimming against the workflex tide. According to the Institute's 2012 National Study of Employers, 63 percent of employers now allow at least some of their employees to work part of their regularly paid hours at home on an occasional basis, up from 34 percent in 2005.

Matos' advice to companies who aren't quite getting it:

"HP, Yahoo and other companies need to do much more than just end remote work options and build fancier office amenities, like gyms and cafeterias, if they seek to have more innovative and collaborative cultures. They need to give employees opportunities and motivation to talk to each other about new and exciting work not just day-to-day tasks, to bring those new ideas to leadership, and ways to make them into marketable products and services. What makes Google, the major tech competitor renowned for its innovative workplace and low use of remote work options, succeed is not the fact that employees are in the same fancy building together but rather the ways in which they work together in those buildings. If HP and other companies don't also change other aspects of their work culture so that employees believe that their creativity is desired, respected and rewarded all they will learn is that employees can be just as ineffective in the office as they can be at home. I'd love to see these efforts at culture change extend beyond a call for 'all hands on deck' to include a description of how things will be different once they get there."