The Hells Angels may enjoy racing down highways in Harleys, but they'll also wait in a stagnant line for days if it means putting a smile on a kid's face.

A group of the organization's Fresno County, California members were spotted in a Walmart on Black Friday buying the store's entire stock of bikes for Hells Angels' toy run on Saturday, according to CNBC. The 16th annual run will benefit the homeless children and families of Fresno-based Poverello House, which provides a variety of vital services to those in need.

A Reddit post capturing member Merl Hefferman standing at the check-out counter claims the group had waited in line for five days in order to snag the toys.

"It's not a jacket, it's not a glove, it's a bicycle," Hefferman said, according to ABC 7 News. "You ain't got enough money in this station that makes me feel the way I feel when I give these kids these bikes."

CNBC reports Fresno County Hells Angels will donate roughly 200 bikes to the organization, which -- according to the Fresno Bee -- gave away more than 3,500 Christmas toys last year.

Scroll below to see photos from the 13th annual toy run in Fresno from 2011. You can support the Poverello House here. 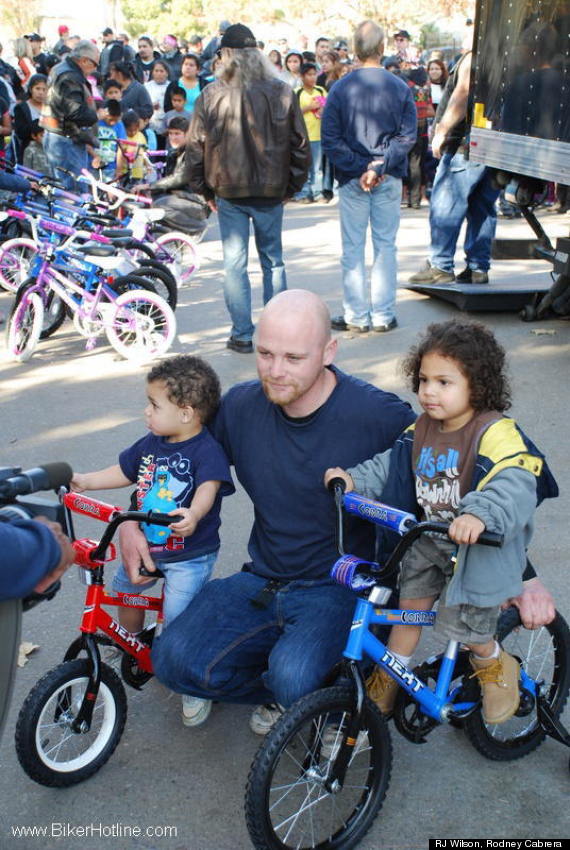 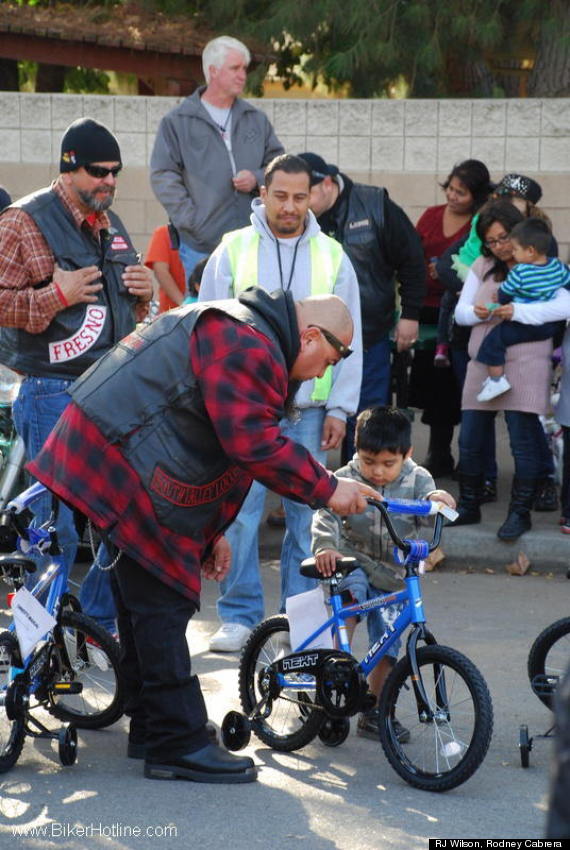 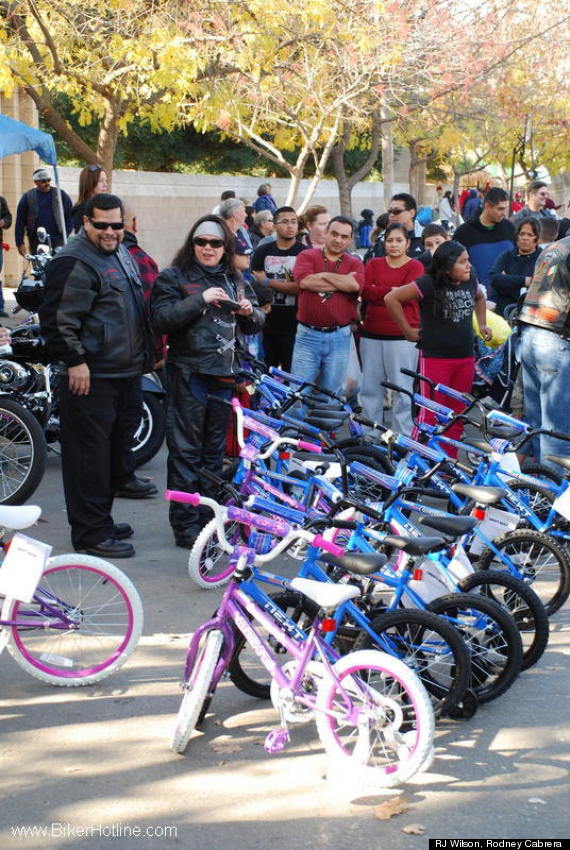 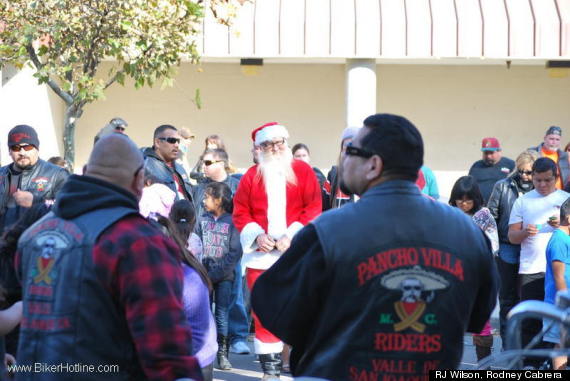 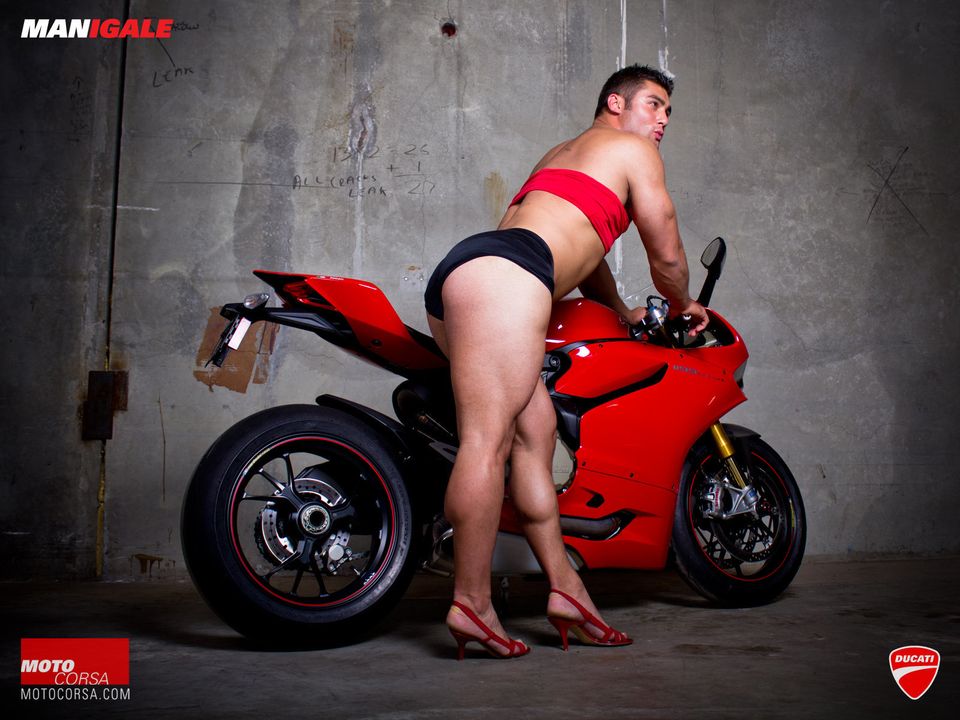