• There are no differences in how adopted children are loved, cared for and especially in regards to their legal rights, right? 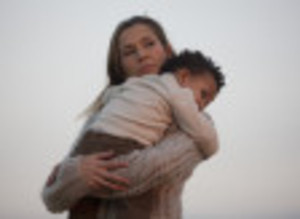 • Legally adopted children are the full legal children of their adoptive parents, and entitled to all the rights and responsibilities as any other children, right?

• Adoptees are "the same as if" they were born in to their families, right?

It is not always so.

Adoptees - including those born in this country and therefore naturalized citizens - are denied access to their own original birth certificate in the majority of US states. These discriminatory laws sealing birth certificates from the person named therein, apply ONLY to adopted citizens and thus are contradictory to the 14th amendment's equal protection clause which guarantees that all laws apply equally to all citizens.

Those adopted internationally face additional difficulties, in particular challenges to their citizenship.

The United States began Intercountry Adoption (ICA) in the early 1940s and adopts more children from abroad than any other country. Transnational adoptions grew in popularity following the World War II -- at least 50,000 took place from 1948 to 1969 with the Holt agency created in 1956 specifically to adopt "war orphans" from Korea.

In February I wrote about the case of Adam Crapser. In April, I revisited the plight of this man, who had been abused by this adopters and was about to be deported. As of this writing, Adam, is being held in the Tacoma Northwest Detention Center.

Adam Crapser, former barbershop owner and auto-insurance claims estimator, husband and father, became the face of U.S. adoptees battling against deportation. He is far from the only one.

Like Adam, thousands of international adoptees do not have U.S. citizenship, though American agencies approved their entry, bringing these children to here to become legal members of their families and full-fledged Americans. Some adoptees have been deported back to South Korea, a country they do not remember and whose language and culture are unknown to these American-raised persons.

Following are vignettes of some of the thousands of others whose lives are impacted by a major loophole in the Child Citizenship Act (CCA).

"Mike" arrived in the U.S. when he was 8, as part of what is known as the greatest humanitarian act of all times, also known as Operation Babylift.

He learned at 29 years of age that he was not a U.S. citizen and was an "illegal alien."

"I spent the next 13 years of my life struggling to establish my status in the United States and struggling to understand what went wrong. I had my adoption decree, birth certificate, my high school diploma, my honorable discharge paperwork from the United States Air Force, college degree and 20 years of memories of a life in America. How could I NOT be a U.S. citizen?"

Aimee was adopted from Korea on an IR-4 visa. Raised in Minnesota, Aimee was shocked to learn from INS that she was not naturalized and had an expired resident status.

Her adoptive parents claimed that they didn't know about the need for naturalization but it is difficult to know for sure as they were emotionally abusive, even threatening to send her back to Korea.

A permanent citizen now, but her lack of legal citizenship status and green card expiration prevented her from getting an "above-the-table" job and she was not able to afford the exorbitant renewal fees. She struggled with homelessness, and unstable employment for many years.

Ella and her brother were adopted from Korea in 1956. She left her adoptive family when she was 15 due to abuse, and had no idea there was any problem regarding her citizenship until she was 60 years of age.

Ella worked as an electrician at nuclear plants and military bases and lived her life as a proud U.S. citizen. Married 33 years, Ella applied for survivorship benefits after her husband died.

"The Social Security office told me they could do nothing for my situation. I asked my Senator's office to get involved when I was running out of money and afraid of losing my home. I have received a green card and am waiting for my citizenship application, interviews, and exams to be completed.

"I have spent so much time, emotional pain, and money trying to prove my citizenship. "

Jack also came to the US s part of Operation Babylift during the Vietnam War. His American parents were volunteering for the Red Cross in Guam and adopted him there in 1975. His adoption paperwork was somehow lost during the naturalization process.

"My parents thought the process had been completed, as there was no indication of a problem. I have been raised here all my life by a wonderful family who never saw me as their adoptive child but their own child.

"The US is my home and I am an American citizen of the United States, even if a piece of paper says otherwise. I attended college, raised 2 children, and paid my taxes as a citizen.

"Now I am in a precarious state and am concerned about my citizenship and employment status. I am at risk of being deported and losing all that I know to be my life in the United States."

Lisa and her sister were adopted from an orphanage in Iran at two years of age. Her adoptive father lived and worked in Iran, her father was a retired Lieutenant Colonel and a Prisoner of War in the Air Force. She arrived in the US in 1973 with my parents at the age of 3 and was legally adopted.

"In 2008 I met with an immigration officer to see why I was having complications in obtaining a passport. It was suggested I complete the N600 form to petition for citizenship and seek legal counsel. I spent many years seeking legal counsel from various attorneys with disastrous results. I was told numerous times that I could be deported to Iran despite not being culturally Iranian and having been raised as an American and a Christian. As you can imagine it scared me immensely.

"I followed the paper trail as best as I could. I found paperwork showing my father hired an immigration attorney and paid for services despite immigration telling me there was no activity on my file since I arrived in the US. The paper trail went cold because the attorney had retired and my adoptive father passed away in 2001. It is difficult to comprehend how my status can be an issue since I carried a military ID and had military benefits as a child. Social Security has even told me to file as a citizen for taxes, voting, etc.

"I live in fear that my entire life will collapse. My parents gave me a new and exciting start to life and I could never imagine that it could all be taken away from me."


Like many internationally adopted persons, Stacey found out she was not a U.S. citizen about five years ago when she applied for a passport to return to Korea.

"I was shocked when the first lawyer I spoke with recommended I live undercover instead of filing paperwork for citizenship. I was told the process of filing would alert Immigration to the many years I had voted and claimed I was a US citizen.

"As an adoptee and a mom to two daughters, the thought of being deported and losing them was extremely unnerving. I was also worried about losing my job if my employers ever found out about my status. I was scared but also angered by the injustice of it all. I wasn't sure who I was most mad at - my parents for assuming I was a citizen, the adoption agency for not following up with my parents, or the Child Citizenship Act for granting citizenship for some adoptees but excluding me.

"Luckily for me, I found another immigration lawyer, and with their help I am now a permanent resident. My heart goes out to other adoptees that are still living in silent fear of deportation."

Angela was allegedly a foundling in South Korea. Her problems began when she turned 27 and moved to the Southwest and had difficulty securing a new job because lack of citizenship. Additionally, when simply renewing the same license at age 34, the State refused to renew it multiple times because they weren't trained how to vet my unchanged paperwork.

"If my status hadn't changed and had been accepted previously, why was it no longer enough? These are just a few of the stress-riddled problems spanning years.

"I desire to remain active and productive in my community; regardless something beyond my control could happen and put me at risk for deportation. The fear I live with threatens my future. This gripping fear keeps me from registering to vote, applying for government jobs, getting married, adopting children, traveling abroad, and fulfilling the American Dream."

Adoptive parents were supposed to be responsible for completing the U.S. naturalization process for children they adopted from overseas. However, not all knew they had to. Many assumed the adoption agency did all of that, others said they forget.

There is a major catch, however: It only applies to those adoptees who were less than 18 years old on, February 27, 2001. The amendment did not retroactively include adoption cases prior to the amendment, thus does not account for the peak of adoptees from South Korea - more than 160,000 of whom were adopted in the last 60 years, arriving in the U.S. in the 1970's through the 1980's.

Because the current law is not retroactive, thousands of adoptees, who were 18 years of age or older on February 27, 2001, are -- through no fault of their own and negligence by the US federal and state governments, adoption agencies, or their adoptive parents -- without automatic U.S. citizenship and essentially stateless.

Since then thousands of adoptees have been living in a state of limbo, unable to get driver's licenses, vote, or work legally. 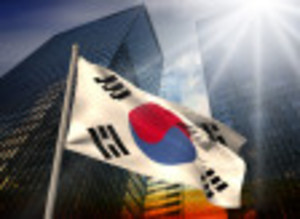 There are an estimated 18,000 Korean American adoptees alone without citizenship.

The bills will grant retroactive U.S. citizenship to all internationally adopted individuals regardless of when they were adopted, addressing the issue that left thousands of adoptees who were born before 1982 unprotected by the Child Citizenship Act (CCA) of 2000. It will create a clear pathway for adoptees who have been deported to a country of birth where they have no known family, cannot speak the language, and do not know the culture -- to return to the US.

It is time to fix this injustice inflicted on people without their knowledge, and who did nothing wrong. Let's make adoption all it is supposed to be. 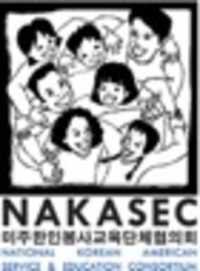 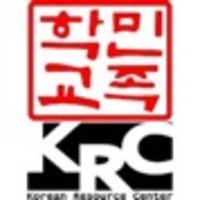 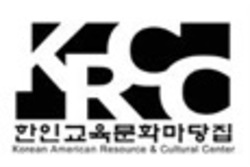