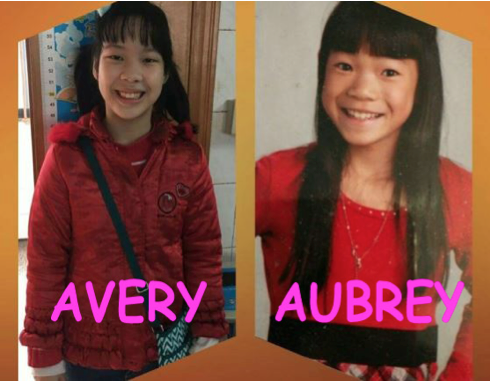 Imagine being abandoned by your family when you're only 2 days old. For reasons completely out of your control, you're left at an orphanage. From this point on you never see your family again...

As I sat on the steps outside the Lumpkins' home on that cool Kentucky day talking to Aubrey, it was hard to imagine that she had been through that exact heart wrenching process. Here she was a smiling, laughing 13-year-old living with her adopted family in the heart of the good ole US of A. I asked Aubrey, what she would tell her adopted parents if they were here right now.

"I love you so much, thank you for taking care of me" Aubrey said as she smiled.

Hours earlier I was sitting with Lisa and Gene Lumpkins hearing the story of not only their adoption of Aubrey but the adoption of 3 other children all from China. Each child has a physical or a mental disability, none of which deterred this family from taking them in and opening up their hearts.

Aubrey has Cerebral Palsy and although she's 14, developmentally she is around 7-years-old. How does an American family end up with 4 adopted kids from China to add to the 2 biological kids they already had? It's simple: because they could and because they wanted to help.

The sacrifices they made to adopt the 4 children were not simple. As a family of 4 the Lumpkins thrived. They had cars, motorcycles, they went on long vacations, and they had what most of us would define as the American dream.

But Lisa always knew she wanted to adopt, she would play with dolls with her sister and her dolls were always adopted. When her and Gene decided they were done having kids of their own, they both decided to move toward adoption. First came a baby girl named Mia, then a little boy named Noah, Aubrey followed after that and finally came a little boy named Carter.

Emotionally they couldn't have been happier, but financially they were in serious trouble. Their last adoption was in 2014 and they still owe on the whole thing, they have re-mortgaged their life in order to provide for these children.

Then one day while on Facebook Lisa noticed a post from an adoption advocate with photos of a little girl that looked just like Aubrey. This could never happen she thought. Was there another little girl dropped off at the same orphanage the same day as Aubrey? Two weeks and a DNA test later it was confirmed, yes this was Aubrey's sister Avery!

They decided right away they needed to bring Avery home, but there were two big problems: money and time. Most adoptions from China end up costing around $35,000, an insurmountable amount for a family so heavily in debt. Avery is 13 and will turn 14 in August and unlike the US once an orphaned child turns 14 they cannot be adopted.

Worse yet they are set out on the streets to fend for themselves. For little Avery, who also has Cerebral Palsy, this would be a nightmare scenario. At this point sex trafficking becomes an unspeakable but all too common possibility for many of these children. If the Lumpkins can't raise the money to adopt Avery, her hope of finding a family, of finding a home, of finding a loving support system will be gone.

This is where YOU come in. In a partnership with LittleThings and GoFundMe I searched out people who were in need of immediate help. People like the Lumpkins who have given so much from themselves to help others. So now it's your turn, please watch the video BIG DREAMS: LUMPKINS and help this family. I am personally asking for your help to Bring Avery Home.