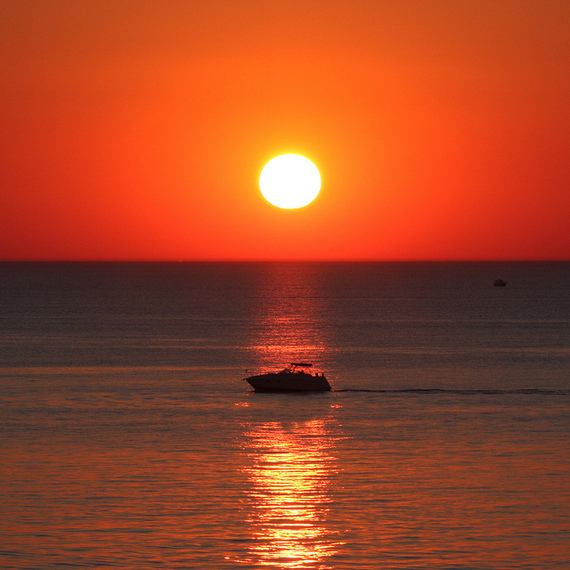 I'm writing on behalf of Americans for a Brighter Tomorrow to join us in boycotting the upcoming Vernal Equinox. Though seemingly innocuous, the Vernal Equinox is in fact a pseudo-scientific assault upon the work of our benefactor, the brilliant Dr. Clandestino. Rather than celebrate this Stone Age impediment to progress, we urge you to recognize it for what it is: an end-run effort to undermine Dr. Clandestino's bold plan to blow up the sun.

Frankly, the sun has had it too good for too long -- thanks in large part to corrupt scientists and beachgoers and plants, all pushing their radical pro-sun agenda. But that doesn't change the facts at hand:

Clearly, the sun has to go.

Acknowledge these self-evident truths, though, and what happens? People call you insane. Insane! An outrageous accusation, were it not so absurd. After all, could an insane person develop and perfect the technology to induce a yellow dwarf star to go supernova? Could an insane person successfully corner the world's coal, oil, natural gas and peat moss markets? Could an insane person create a front organization that affords him access to the highest levels of power? WE'LL SHOW THEM WHO'S INSANE!

And we need your help. The $18 trillion Dr. Clandestino stands ready to spend in the next election cycle can't do the work on its own; we also need duly elected legislative representatives -- like you -- who have the courage to turn that money into Congressional votes.

Boycotting the Vernal Equinox is only the first step. Here are some other ways you can work to advance our important cause:

And, of course, encourage your constituents to get out and volunteer. A project of this urgency and magnitude can only be achieved via the selfless toil of thousands of faceless minions, channeling searing rivers of lava into a dread engine mighty enough to fatally pierce the heart of our solar nemesis.

In the words of Dr. Clandestino,
Goodnight Forever,