What this world needs is a new kind of army -- the army of the kind. 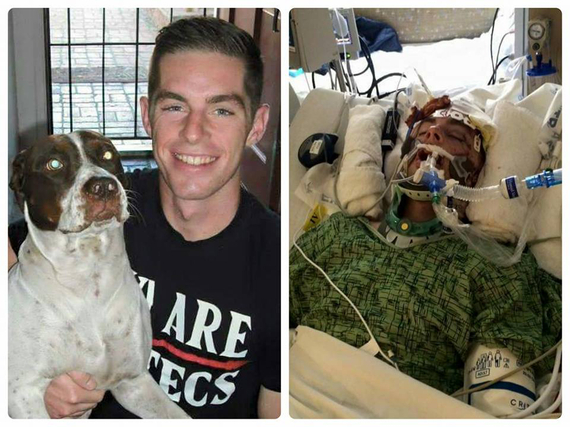 Less than a year ago I embarked on a life-changing trip across the U.S. with one goal in mind: creating a positive impact with random acts of kindness (#GOBEKIND). Usually during these types of adventures I have relied on the kindness of others, but this time would be different. I would be the one trying to give back, trying to help, trying to be of service.

To my astonishment the world reacted with so much love and grace towards the #GoBeKind campaign. We ended up helping a homeless single father raise 55 thousand dollars and ultimately got him off the streets.

Immediately after the viral success of the web series I was bombarded with messages from people all around the world who had a real and immediate need.

My heart sank after every new message I read, how could I ever help this many people? A sense of panic washed over me, but that was gracefully rather short-lived. You see, for every action there must be a reaction. The #GoBeKind campaign was just the tip of the iceberg as they say; it was time to create a movement. A movement where little things could make big dreams come true...

If I couldn't help all these people then why couldn't we all help?

And that is how I found myself in a hospital in San Diego next to Vicki and her son Chase. As we quietly looked down at her son in the hospital bed, only the beeps of hospital equipment ringing in the room, everything else in my life froze. I replayed the tragic events in my head: Chase was in a terrible car accident whilst on leave from the military and visiting his parents during the holidays. He suffered a traumatic brain injury when a speeding semi-truck smashed into him and was given only 48 hours to live.

I wasn't emotionally prepared to hear the heartbreaking details that Vicki was describing. How she screamed at the top of her lungs when she found out what happened. How she broke down when she inspected the wreckage. How she wished it was her in the car instead of Chase. No mother should ever have to face what she was going through and yet she remained so optimistic. She was smiling and laughing with her son who will have to learn how to do everything we take for granted from scratch.

Learning how to walk, eat and talk is just the beginning of Chase's battle. "He's coming home no matter what, but we're going to need help," Vicki explained as we sat outside of the hospital. This is how I found out about Chase in the first place. I ran across a GoFundMe page started by Vicki's best friend Gayle. She saw a Facebook post that the Simmons were having financial trouble due to the medical expenses that came with the accident and knew she had to help.

This is where YOU come in. My goal with this movement is for others to feel the same joy and happiness that I did when I gave back in #GoBeKind. In a partnership with LittleThings and GoFundMe I searched out people who were in need of immediate help. People like the Simmons who have given so much from themselves to others.

So now it's your turn, please watch the video BIG DREAMS: CHASE and help this hero's family. I am personally asking for your help to Bring Chase Home.