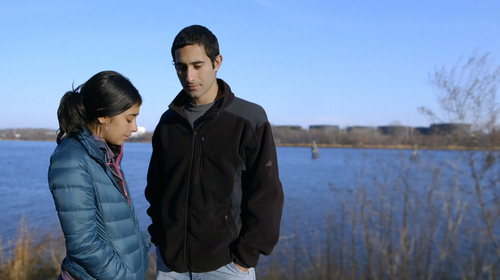 Just over a week ago, the world was exposed to horrifying images of the attacks in Paris. Thousands of new stories covered our newsfeeds in various social media platforms--it was impossible to not know about it. One overlooked story included a man named Veerender Jubbal, a Canadian Sikh whose personal selfie was photoshopped into an image implicating Jubbal as a terrorist involved in the attacks. The image was then circulated among various channels, including certain mainstream news outlets.

Fear and uncertainty often brings out the worst in people as a collective group. I'm so proud to be a New Yorker. I boast that I get to look up and see the new World Trade Center, a testament to the strength of New York City and the valiant heroes who put others before themselves. I remember smelling the sulfur in the air on September 12, 2001 on my way to school all the way from Queens. My mother still recalls being proud to be an American after walking across the Queensborough Bridge with fellow commuters after subway lines were shut down and water was passed out. But the 9/11 I remember then was not completely the "United We Stand" 9/11 we remember today. There were conspiracies on message boards, murderous remarks in chat rooms, and countless hate crimes around the world.

The Boston Marathon bombing in April 2013 triggered similar emotions and reactions only amplified by more mature social networks of this decade. There were scores of heroic stories that emerged through online platforms that the news media picked up. But there were also even more vitriol, disgust, and witch hunts splattered through the newsfeeds of the connected world. People suddenly became trigger happy to voice hate and point fingers. Most notably, the chaotic confusion around the misidentification of Sunil Tripathi as a potential suspect led to what's now become a phenomenon that the power of social media has among journalists. It wasn't until three months later when I read Jay Caspian Kang's recap of what happened that day that I had begun to understand the damage that day caused to Tripathi's family and their friends. It was then I had become intrigued with the intersections between journalism, social media, and crowdsourced investigations.

It wasn't only until a few months ago that I stumbled upon a new documentary called Help Us Find Sunil Tripathi that is still making its rounds with film festivals. Husband and wife team Neal Broffman and Elisa Gambino and producer Heather O'Neill, have created a respectfully profound narrative rooted in love and empathy evoking emotions of regret, self-reflection, and a hope for tomorrow. The 75 minute piece deals with issues ranging from depression to forgiveness and undoubtedly a must-see when available to the general public. I had the honor to take a moment to chat with Neal, a former CNN journalist, who directed, filmed and edited the documentary.

Where were you when you first heard of the Boston Marathon bombing?
I was in Atlanta when the marathon was bombed and, like everybody, was disturbed by what had happened.

I know you had a relationship with Sunil's family before this happened. It's been awhile since this film was released for screening. How has this impacted the family? Was there a proper sense of closure provided?
My relationship was really with Sunil's sister, Sangeeta who I met on a film assignment in Ethiopia two weeks before her brother went missing. We returned to the US the day before Sunil walked out of his Providence apartment. This was on March 16, 2013.

Clearly, the family wishes there had never been a reason to make the film. That said they support it and have attended festival screenings and participated in the Q&A that follows a screening. That the film has been received so warmly by audiences and touches people in very profound ways provides a sense that by raising awareness around the issues in the film - mental health, how we communicate with each other in social media, the importance of community and the ethical responsibilities journalists face- something good can result.

What was the greatest thing you learned during this process of telling the real story of Sunil?
In the process of making the film I was struck by the incredible capacity for forgiveness the Tripathi family showed. The idea that we must work to find the truth and to, as Ravi Tripathi said so eloquently "create justice" as opposed to lashing out with accusations and suspicion first is incredibly profound given what the family went through. Conversely, I was disappointed at the level of recklessness on display as more mainstream journalists (and less mainstream journalists looking for respectability) like Luke Russert at NBC and Dylan Byers at Politico (and others) disregarded the ethical responsibilities that must be adhered to.

Where specifically is this disappointment directed?
I am a journalist and have been one for more than 25 years. Reporters get things wrong. This is not the first time. But that a journalist would view unknown sources, rumor and accusations as reliable enough to accuse an innocent person of being a terrorist should disturb all of us. That they would then not be held accountable by the corporations they work for and not apologize for smearing an innocent person says a lot about their commitment to responsibility in reporting. Heather O'Neill, who produced the film with us, said after Luke Russert from NBC refused to discuss his reporting that this was the first time in her 20 years as a journalist that a reporter had refused to discuss a story they had reported.

What do you think really happened in retrospect?
Alexis Madrigal notes in the film that the reporters who relayed the false information online far and wide (and with a stamp of legitimacy and trustworthiness) did not consider the idea that real people were being affected by their actions - it just "did not match up with their experience of hitting the retweet button. The retweet button was there and it was a trivial act." The soul searching, apologies and remorse came from individuals who had participated in the spread of the misinformation and from Erik Martin (former general manager at Reddit) who in the film clearly wrestles with what went wrong and what could have been done differently. This is a conversation that is ongoing at Reddit and other social media platforms as they try to create a set of best practices to follow. The best practices journalists are supposed to follow have existed for a long time yet for some reason they don't seem to apply when the reporter is online. This should trouble all of us as consumers of information.

From journalists to the general public, I'm not sure we've learned our lesson. We've seen the spread of false information that singled out an innocent person as a terrorist. Is this something that can be avoided?
Nobody forces us to re-tweet or accuse. Nobody forces us to believe what we read. And news organizations that want to have it both ways - allowing reporters to engage in the social media space without editorial oversight to drive traffic to their organizations - ought to take responsibility for the content their employees send out into the world. If Luke Russert had submitted his tweets that included Sunil Tripathi's name to his editorial desk at NBC would they have been approved?

Do you believe we have, in a time of fear and confusion, an inherent and collective need to create a scapegoat as a proverbial security blanket?
That is an interesting question and it may be true but we aren't five years old. The need for a "security blanket" should be outweighed by the potential for false accusations and possible harm that can arise from them.

What can people do to learn more about depression? What's the biggest misconception the public has on depression? What is most helpful for those that need help and the loved ones around them?
One of the big problems we face as a society when it comes to mental illness and depression is the stigma attached that can contribute to people not seeking help. We need to create opportunities for dialog. We need to encourage young people to talk about their feelings of sadness and despair. Depression can be treated but only if the sufferer accepts that help. I hope this film creates opportunities for dialog.

What is the greatest impact that the legacy of Sunil Tripathi and the subsequent misidentification will have?
It would be nice to think that there will be some sort of sea change in how we as a society treat each other in the social media space - that kindness and respect will win the day. The only person who can make that happen is the person sitting at the keyboard 20 inches from the screen. It would also be nice to think that reporters will become more responsible in their reporting. This will only happen if we as consumers of information demand it from the corporations who employ these journalists. It's up to us.

Any final words?
We have to decide how we choose to communicate with others. We have to decide for ourselves how we react to things we read and to what level of accountability we hold those who report the news. These are questions for all of us to consider.
And on a personal level If Sunil's story can encourage somebody suffering from depression to get help, if it can save a family from the anguish and sadness the Tripathi family experienced and continue to endure, it will be a powerful legacy Sunil left.