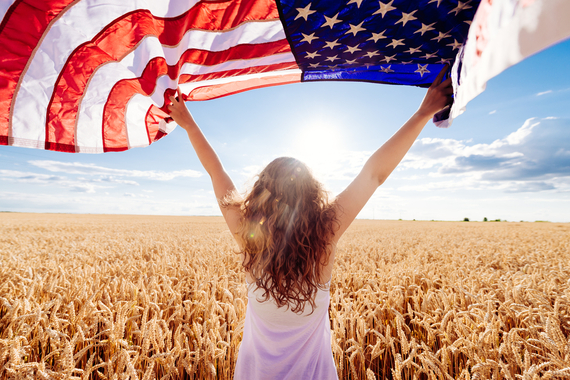 Sometimes, the more things change, the more they don't stay the same. To sum up this current election cycle for the Republican Party in four words, "all bets are off." With the vacuum that's been created by the GOP's implosion and internecine wars, it appears that no matter who wins the nomination, it's going to be a fractured party. And while no one knows exactly what's going to transpire in the months ahead, this rupture isn't a question of "if," it's a matter of "how."

As a practical Republican (an increasingly endangered species), I want to speak directly to college students across America, particularly those of you who identify yourselves as Republicans. When I became eligible to vote in 1979, national politics was a much different animal. As a political science major at Claremont McKenna College, I gained a deeper understanding of how government works during the Reagan Presidency.

In stark contrast to today's environment in Washington, in 1980, there were 60 Senators who were considered willing to work across the aisle and it would have been unimaginable for Tip O'Neill to say, "let's do everything possible to make sure he's only a one-time President." I look back longingly on those days because people were thinking about what we could achieve, how the country could be better, what we could do to bring each other up and help each other succeed. Now, fast forward 36 years and Ronald Reagan wouldn't even qualify as Republican today, transforming his famous quote to "I didn't leave the Republican Party, the party left me."

As government remains mired in gridlock and many older Americans cling to their party loyalties, your generation is going to have an unprecedented impact on the 2016 election.

One only has to look at the numbers to see that you cannot be ignored at the polls. Millennials (those of you born between 1982 and 2000) are now numbered at an estimated 83.1 million, the largest demographic in the U.S. and for the first time ever, equal in voting power to Baby Boomers. Provided you vote (45% of people between the ages of 18-29 voted in 2012 and only 41% for 18-24 year-olds), you will not only dramatically affect the general election, but Congressional and Senate races across the country. And for those of you who aren't registered, it's actually a lot easier than you think.

I also have good news for younger Republicans to consider during this divisive and potentially disastrous time for the party. You are not your parents! In Why America Is Moving Left, Peter Beinart notes the shifting values of the GOP's Millenials.

"The press often depicts American politics as a battle pitting ever more liberal Democrats against ever more conservative Republicans. Among the young, however, that's inaccurate. Young Democrats may be more liberal than their elders, but so are young Republicans. According to a Pew report, a clear majority of young Republicans say immigrants strengthen America, half say corporate profits are too high, and almost half say stricter environmental laws are worth the cost--answers that sharply distinguish them from older members of the GOP. Asked how they categorize themselves ideologically, more than two-thirds of Republican Millennials call themselves either 'liberal' or 'mixed,' while fewer than one-third call themselves 'conservative.' Among the oldest Republicans, that breakdown is almost exactly reversed."

Despite all the predictions of gloom and doom from Republican candidates and the quagmire that a Trump nomination would hold, the future of politics is a little brighter than most people think. Your generation is one of the main reasons for that optimism because you have a chance to reshape the current dynamics. A poll by the Harvard Institute of Politics, noted that among potential voters age 18 to 29 what is valued most in a candidate, is integrity, level-headedness and authenticity, with political and business experience much further down the list. Today's political climate may reflect a continuing breakdown of the system, but crisis also creates opportunities and when the highest levels of government fail, the only place to initiate change is from the bottom up.

I was on a conference call recently with former Utah Governor John Huntsman, the Co-Chair of the No Labels Foundation, of which I'm proud to be a board member and supporter of their college chapters program. I raised a question about the role Millennials will play in the 2016 election and he replied that according to pollster Frank Luntz, you actually prefer the term "Young Americans." Lost in the bitter partisan rhetoric of Republican versus Democrat, we can lose sight of what ultimately unites us as citizens. Young Americans. I like the sound of that.

I want to issue an invitation to college students, especially GOP supporters. It's critical for the world to hear your thoughts and ideas on the presidential campaigns, since you will ultimately inherit the unresolved problems on the pivotal issues facing this country. Just click Join the Conversation, and you can post your blogs, articles, comments and questions and I'll share some of them in upcoming Huff Post blogs. It's time America pays attention to what the next generation of political leaders has to say about the current state of affairs and more importantly, what you want for the future of our country.

So welcome to the conversation. It's time we started listening.