"My name is Ibrahim -- but you can call me Bob," said a young Lebanese man in a blue Boy Scout shirt. We had been so busy plunging oversized ladles into a sea of soup that we forgot to introduce ourselves.

It's not easy in the dizzying heat of summer in Beirut to serve hundreds of meals a night to the displaced and poor for a month -- but Bob and I have been doing our best, under a giant tent set behind a welcoming statue of a whirling dervish. 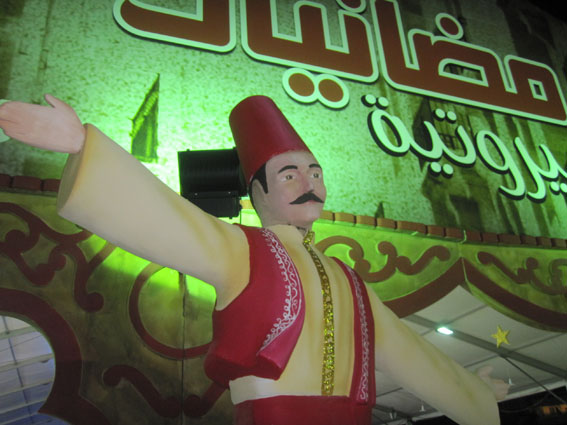 This type of service is just one part of the beauty and challenge of Ramadan -- a month when billions of Muslims around the world fast from sunrise to sunset to cultivate compassion for the poor, and to encourage charity for those in need. In Ramadan, everyone -- including the poor -- is invited to the table. And even a stranger like me can serve. 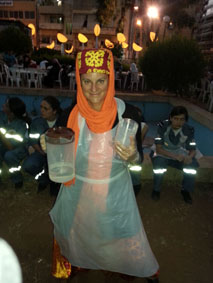 But instead of a lunch-lady hairnet, I've been tucking my fair hair under colorful Turkmen hats. While Bob and I were serving soup last week, everyone -- from volunteers to refugees -- wanted to know where I was from. Turkey? Russia? Tunisia? Indonesia?

Their collective shock and disbelief was in part why I had come -- to put a different face on America, than the one they have known. And I wasn't alone -- as I learned when serving yogurt with a student home for the summer from Trinity College.

"Is that in Connect-i-cut?" Bob asked.

But Bob's mispronunciation was a welcome reminder of what we were there to do: to connect. To connect a cut -- to reach across a divide.

The volunteers serving were fasting too, as I was reminded when a young bearded man in a black Adidas shirt -- helping me scoop rice -- nearly passed out. 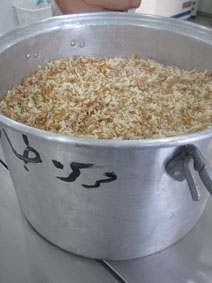 "You're fasting, right?" I asked him.

"Yes, but I'm not Muslim," he said, "I'm Christian, but these guys are my friends, so I'm fasting with them too." In fact, all the Christians serving were fasting -- in solidarity with their Muslim friends.

Under the crescent moon of Ramadan, his teammates in matching Adidas shirts were turning serving into sport. As they ran down the aisles, placing salad bowls on tables with incredible speed, I learned they all coached competing teams for GAM3, an organization which runs a basketball league for thousands of kids to empower the poor, and prevent tragedies -- like war.

Because war is the biggest enemy of the poor. And each time I said "Ramadan Karim" to the refugees, while serving them soup, I tried extra hard to smile -- because I could feel their hearts and minds still under siege.

But that didn't stop one of the refugees from offering to help us in the kitchen. Because life can take away many things, but rarely our ability to serve -- even just with a smile. And what better way is there to connect a cut -- or heal a wound -- than to help another in need? 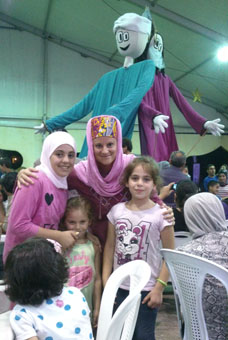 When we sat down to eat -- after everyone had been served -- I was struggling to utter a word, or even lift my eyes. Witnessing the feast before us -- cooked by the selfless hands of women for the poor and delivered by caring children to the needy on the floor, I was choking on so many tears that I could barely eat. 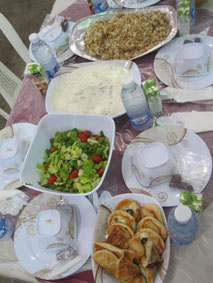 As millionaires rubbed elbows with the poor -- hundreds gathered under one tent -- how could I not think of the poor at home? And the pain of those in need -- who we're not helping to feed? And the line for the food pantry -- outside my window in Harlem -- that keeps getting longer, and nobody seems to care.

After we cleared the tables, and giant puppets and fire-breathers entertained the crowd, we scattered to the sounds of celebratory gunshots a few blocks away to visit family and friends. The night was just getting started. 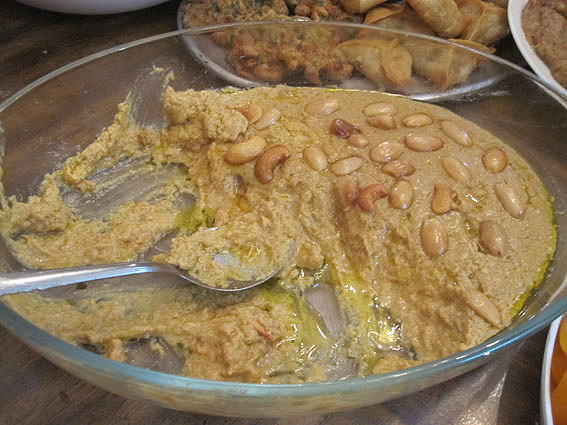 While enjoying my second dinner in the nearby home of a friend, her niece -- an English teacher -- asked me about life in America.

"Why do they hate us in America? They think we're all terrorists -- but we're not," she said.

And it made me think -- if we want might with morality and influence without blowback, perhaps it's time to start filling stomachs -- not war chests -- at home and abroad. Because there's no better war to wage than the one on hunger. And there's no better way to make peace and build bridges -- between countries and communities -- than breaking some bread. Maybe the change we've been waiting for can begin with each of us just serving a meal -- in order for all of us to heal.