Ana Langer, M.D., spoke recently at a Smith Barney seminar on health in the developing world. She was talking about the problem of obstetric fistula, of which I was ignorant.

Obstetric fistula is a devastating medical condition in which a fistula (hole) develops between the vagina and either the rectum or bladder (or both) after severe -- long and obstructed -- labor and delivery, when adequate medical care is not available. Most often, fistula and stillbirth go hand-in-hand. 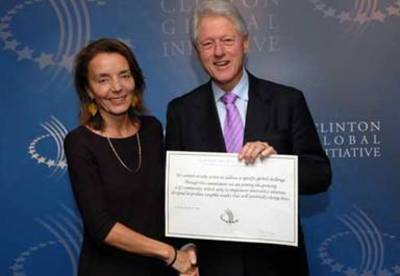 In lay terms, the wall -- soft tissue -- of the birth canal gets compressed by the baby's head during an obstructed labor. The pressure causes blood to stop flowing, and the tissue dies. The vagina then leaks urine and/or feces.

Sometimes this happens because the young woman's body was not physically ready for pregnancy -- countries plagued by fistula are also places where early marriage of young girls by their families, usually to older men, is common.

Once a woman has a fistula, social problems often ensue and compound the tragedy of losing of a baby: In a typical scenario, the baby's father then ostracizes the injured woman, even throwing her out of their home. She is devastated -- physically, socially, and psychologically. 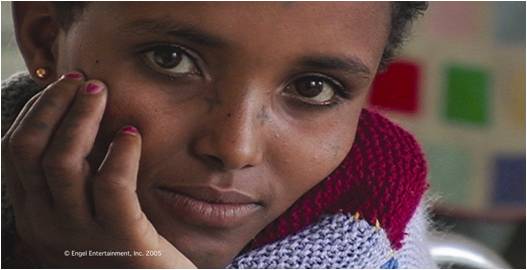 The award winning documentary A Walk to Beautiful tells the stories of five Ethiopian women who suffer from devastating childbirth injuries and embark on a journey to reclaim their lost dignity.

Ana Langer heads an organization, EngenderHealth, that coordinates helping thousands of women in the developing world living with fistula access surgery so that a physical repair can be made.

They also address prevention by increasing access to contraceptive services, as well as to emergency obstetric care. Once a physical repair is completed, social and psychological repair follow, along with reintegration with the families and communities that had shunned them.

I have heard few reports as unsettling. The injury is horrific enough, but the response and outcome are tragic and perverse. Ana is trying to help solve this complex, painful problem. She has caught my undivided attention.

Raised in Argentina, the daughter of two Austrian refugee physicians, Ana was brought up to care. "I grew up in an environment where I always knew I would one day respond to the needs of the community," she told me last week in her Manhattan office.

A Walk to Beautiful features women rejected by their husbands and ostracized by their communities who are left to spend the rest of their lives in loneliness and shame.

"I decided to study medicine. But Argentina was going through difficult times in the 1970's. A young, progressive professional was considered subversive. Many of my colleagues were put in jail or simply disappeared.

"I moved to Mexico where it was safe to complete my training as a neonatologist. There, working with newborn infants and their mothers, I realized that for babies to be healthy, their mothers had to be, too...

"My thinking and practice evolved into more of a public health focus, with less clinical involvement, as I saw the difference that supportive policies could make in women's health and lives" she explained. 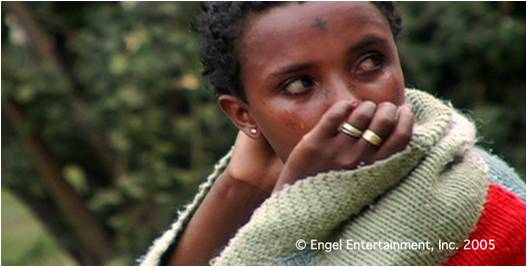 The women in A Walk to Beautiful make the choice to take the long and arduous journey to the Addis Ababa Fistula Hospital in search of a cure and a new life.

Ana became one of the first directors of research on women and children's health on the Mexican National Institute of Public Health. Founded in the late 1980's, Ana spearheaded research that led to new evidence and policy changes.

"This was my introduction to the complexities of reproductive health," she said, which I got fully immersed in during the 12 years I worked for the Population Council, as Regional Director for Latin America and the Caribbean.

"As I became more immersed in the field, I realized these were global issues. I wanted to widen my scope and specifically to improve women's health in developing countries across the world."

Four years ago she became president and C.E.O. of EngenderHealth.

I recall the BASF ad: We don't make the products you buy, we make the chemicals in them. As founder of Orphans International Worldwide, I have traveled Asia, Africa, and the Americas. Yet I had never heard of EngenderHealth.

With a 2009 budget of $60 million and a presence in more than 25 countries, I should have. But this organization does not use its name often in the field. Rather, it partners with national and local governments and local organizations. I had heard of their many partners throughout the world.

"As a technical organization focused on strengthening local capacity, we often operate under the radar," Ana explained.

EngenderHealth focuses on far more than fistula repair and prevention. They are dedicated to improving the overall health and well-being of people in the countries where they work.

With decades of experience to guide them, they strengthen local health systems so that local medical needs can be assessed and addressed in ways that make sense for each community.

But the concept of helping women who had been harmed in the process of trying to bring a new life into the world -- and then rejected by their spouses and families -- touched my very soul.

"I came to understand the importance of good reproductive health care -- and that includes maternal health care -- in the lives of not only women, but families, communities, and ultimately nations.

Being able to plan and safely deliver a healthy baby is a basic human right, a foundation for everything, really," Ana told me. "And while it's true that you encounter cultural differences, and even obstacles," she continued, "if you can understand the needs and concerns of a community, and work with local leaders and share points of view, you learn that of course they want to solve these problems, too.

"Often it's not so much culture per se, it's that they feel forgotten by the rest of the world, they've become fatalists. But when people see a glimmer of hope, everything can change. It's so inspiring, and together you find ways to make life better."

I have understood since childhood that women must be able to make informed decisions about their health and lives. Being able to do this is a core part of overall reproductive health (which also demands that choices, and high quality services, be available).

I was raised by a mother [Frances D. Alleman-Luce] who often told me, in the words of Flo Kennedy, "If men could get pregnant, abortion would be a sacrament."

"I have seen first-hand the consequences of the lack of access to safe abortions," Ana explained. "Severe disease. Death."

Young Americans may not understand this, having been born after Roe v. Wade. And it seems that our national leaders haven't always understood this, either. Ronald Reagan imposed a "global gag rule" that started to govern how U.S. funding for global health could be used.

The gag rule said that local healthcare groups that receive U.S. government support, in places like Kenya and Ghana, had to promise to have nothing to do with abortion -- even if a woman asked, even if it was with money from other sources, and even if it was legal!

The gag rule was lifted by Bill Clinton, then reinstituted by George Bush. During those years it had disastrous consequences, and those local groups that stood their ground really suffered.

Clinics closed -- clinics that provided malaria treatment, immunizations, prenatal care. Lifesaving services that had absolutely nothing to do with abortion.

Barack Obama got rid of the gag rule on his third day in office. A president needs to be a Democrat to have common sense?, I wonder to myself.

Last week, the Senate appropriations committee voted on language in the Foreign Assistance bill that would get rid of the gag rule forever.

EngenderHealth is an evidence-based organization. And one shocking and upsetting fact that informs so much of its work is that, according to the World Health Organization, 536,000 women die each year due to the complications of pregnancy and delivery -- including unsafe abortion.

That is the entire population of Vermont. Dead. "The tragedy is that this is 99% preventable," Ana explained. (And, of those who do survive pregnancy, countless face long-term consequences, including fistulas.)

But if you don't believe me, watch some of EngenderHealth's videos. Many of them tell stories about women who have survived fistula, HIV, and other life-altering problems related to sex and reproductive health. I have watched all of them and was riveted.

Learn From My Story: Women Confront Fistula in Rural Uganda.

In fact, they have more than 80 videos on their YouTube channel. Several videos talk about EngenderHealth's "Men As Partners" program, which helps men become better husbands, boyfriends and brothers. Other videos are calls to action to improve U.S. policies related to their work. One in particular was created at YouTube's request to educate viewers about Millennium Development Goal #5 for last year's "In My Name" campaign.

Bottom line: EngenderHealth is saving lives. Moms, dads, kids, families, communities. Take a minute to become a fan of theirs on Facebook, a friend on MySpace, and a follower on Twitter.

Subscribe to their YouTube channel and forward their videos to your friends. (Don't you love social media savvy organizations?) Then send money. They will make sure that it makes a difference.