It documents the disciplined evolution of one of America's finest writers:

Ernest Hemingway: Between Two Wars opens Sept. 25 at the Morgan Library and Museum in Manhattan. It's the first-ever major museum exhibition of his work, and promises a thorough examination of how the author honed his craft and brought emotional life to his writing.

"In a nutshell it's about Hemingway's creative process, focusing on his most creative period in terms of the quality of what he was producing," says Declan Kiely, curator of the exhibition. "It's the inter-war period that's most interesting." 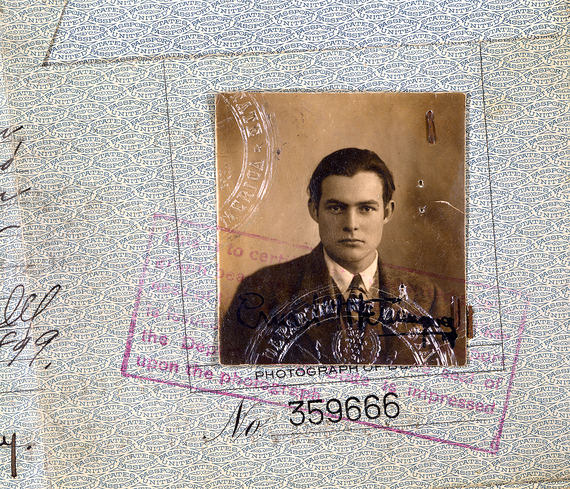 It's been organized by the Morgan Library & Museum in collaboration with the Ernest Hemingway Collection at the John F. Kennedy Presidential Library and Museum, where most of Hemingway's papers are housed.

"We talk about how the First World War shaped him and his short stories and defined him as a writer," he says. "Then we go through Paris, then Key West, to Cuba and then World War II."

All along the way, the exhibition is punctuated generously with words and images: Hemingway in a hospital bed in Italy, in a laughing exchange with Agnes von Kurowsky and on crutches outside a hospital in Milan. 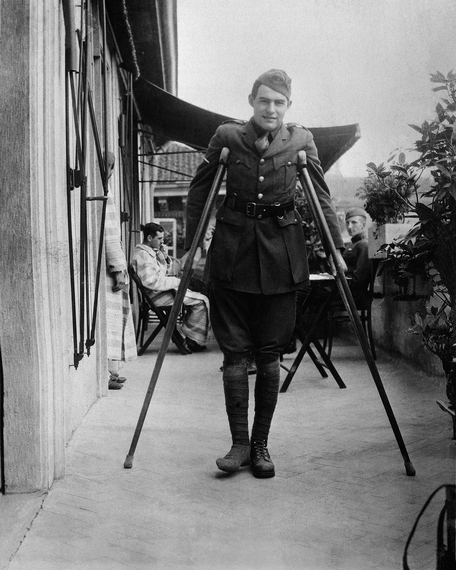 There's his first short story (written on Red Cross stationery, complete with suicidal ending), the invitation to tea at Gertrude Stein's Paris salon and the first two chapters of "The Sun Also Rises," excised from the book's first manuscript at Scott Fitzgerald's suggestion. Not to mention part of the autograph manuscript for "A Farewell to Arms." 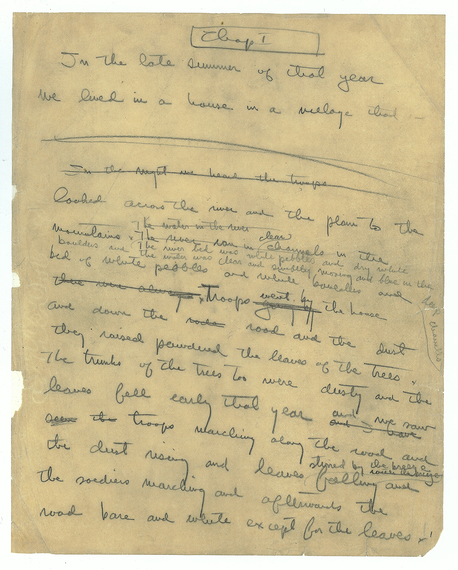 "We're showing three of seven original notebooks that Hemingway used in school exercise books, so people can see the kinds of material he used and how the text changes, and how he stripped down the dialog and surrounding text," he says.

The result is a demonstration of Hemingway's intense efforts to get the essence of his experiences down on paper, with the fewest number of words. "It shows the way that he cut and wrote at the same time," he says. "He writes half a page, says it's not good enough and strikes it right out. It is Hemingway as craftsman."

Which, for most writers, will be akin to gazing upon the Holy Grail itself.

J. Michael Welton writes about architecture, art and design for national and international publications, and edits www.architectsandartisans.com, where portions of this post first appeared. He's also the author of "Drawing from Practice: Architects and the Meaning of Freehand," published by Routledge Press.