Now this is a good-looking group of men ...

The Hemsworth brothers stepped out for the 2013 Toronto International Film Festival yesterday (Sept. 7) to attend the premiere of Chris Hemsworth's new film, "Rush." The youngest of the brood, Liam Hemsworth, 23, as well as the oldest, Luke Hemsworth, 32, supported Chris, 30, as he celebrated his latest movie, which is already getting Oscar buzz.

Chris was also joined on the red carpet by his wife, Elsa Pataky, who wowed in a curve-hugging, white lace gown. Liam's fiancee, Miley Cyrus, however, did not attend the event, adding fuel to the rumors that the couple has called it quits.

Still, Chris did talk about his future sister-in-law's racy VMA performance, telling E! News that he actually never had the chance to watch it.

"I haven't seen it," he said, adding, "I've been in Kuala Lumpur two weeks ago, then Jakarta, then Hong Kong [and] Toronto now. The breaks I get, they're with my family. There's not much surfing the 'net at the moment."

Check out the Hemsworth family on the red carpet below: 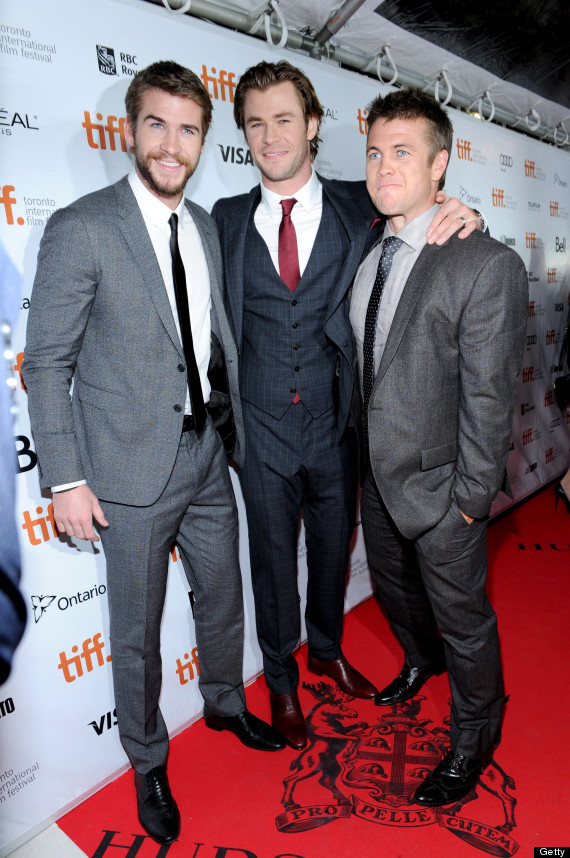 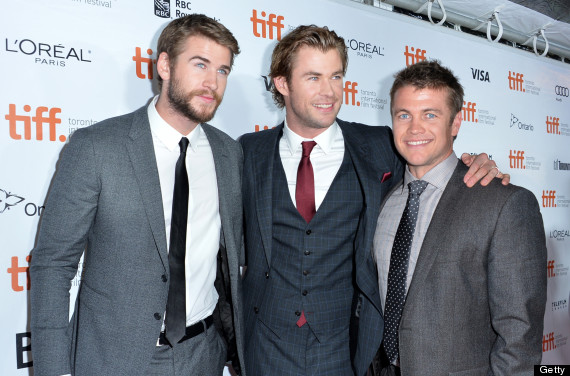 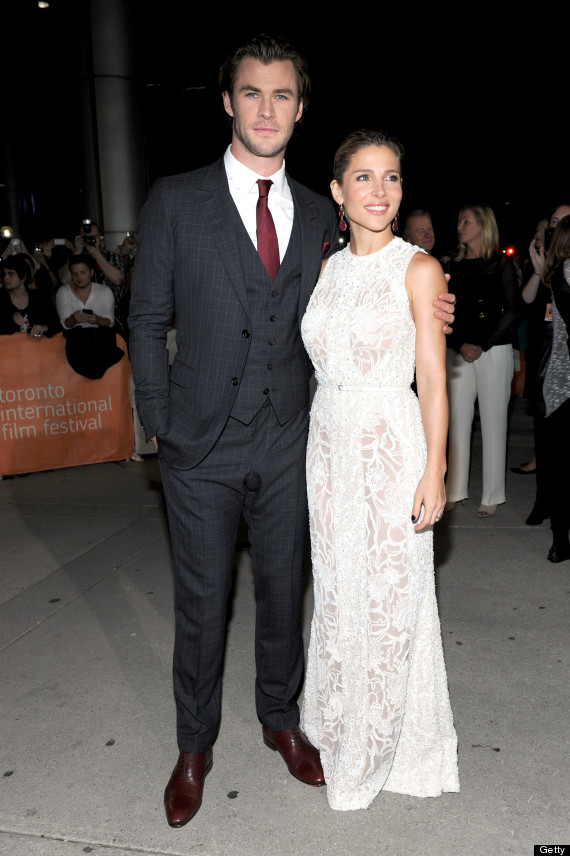